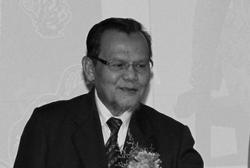 Executive Lounge on 23 is a space dedicated to dining and entertainment.

THE Pearl Kuala Lumpur, formerly known as Pearl International Hotel, celebrated its 20th anniversary with the unveiling of the hotel’s new name and logo.

“The rebranding exercise was done to give the hotel a more modern look, upon crossing its two-decade mark.

The Pearl Kuala Lumpur is often recognised as a landmark in Jalan Kelang Lama, Kuala Lumpur.

It was part of a mixed development project developed by Aikbee Timbers Sdn Bhd, built on a former sawmill factory site owned by Aikbee Group.

Tan Sri Sabbaruddin Chik, the then Cultural, Arts and Tourism Minister, officiated at the hotel’s opening on Oct 11, 1997.

The Pearl Kuala Lumpur’s new name and logo were unveiled at its 20th anniversary gala dinner held at the refurbished Phoenix Ballroom on Oct 11, 2017.

“We are investing about RM22mil to refurbish The Pearl Kuala Lumpur over a span of three years,” said Tan, adding that a portion would be allocated for Pearl Point Shopping Mall’s upkeep.

“The refurbishment is quite extensive as we want to provide our clients and guests with better environment and facilities.”

The renovations for the Phoenix Ballroom on Level 5 and the 14 function rooms on Level 7 were extensive.

“The ballroom can accommodate between 500 and 800 people, while one function room can house between 20 and approximately 250 people, depending on its size. Collectively, the ballroom and 14 function rooms can host up to 2,000 people.”

The hotel’s 480 guest rooms, each measuring a minimum of 31sq m, were also refurbished, particularly its premier and suite rooms.

“We did some touch-ups to Cafe 5, our all-day dining eatery, but preserved its timber elements as they were personally selected by my father, the late Tan Sit Seng,” said Tan.

“While most of the refurbishments were internal, we are allocating RM5mil for the hotel’s facade and landscaping, with works expected to be completed by the end of next year.”

Tan is particularly proud of Executive Lounge on 23, a space dedicated to dining and entertainment.

“It’s open for breakfast for guests staying in the premier and suite rooms, plus the business crowd for discussions or meetings over a meal.

“At other times, it is open to the public for high tea and weekend barbecue buffet dinner,” said Tan, adding that a variety of alcohol is served at the lounge.

Tan stressed that the group wants to uphold The Pearl Kuala Lumpur’s position as a four-star business hotel.

“We are the only hotel along Jalan Kelang Lama with seminar facilities.

“Besides businessmen who stay here because of the hotel’s proximity to Mid Valley and Bukit Jalil, and families who come for ‘staycations’, we also get a lot of business from government agencies.

“For the convenience and safety of our guests, we provide free shuttle services to KLCC, KL Sentral, Bukit Jalil and Mid Valley, plus a dedicated women’s parking area at the hotel’s basement parking,” Tan said.

A star-rating system for hotel staff will be introduced early next year, starting with front-line staff.

“It will serve as a way to motivate and remind them to work hard.

“Those given three stars and above will be given monthly incentives,” said Tan, who believes that personal service is important.

“It will be done as a monthly evaluation, by the guests, management, owners, superiors and even through online feedback.”

He expressed hope that The Pearl Kuala Lumpur would continue to be a landmark in Jalan Kelang Lama in years to come. 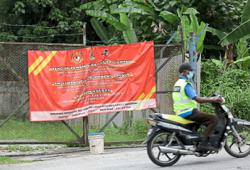 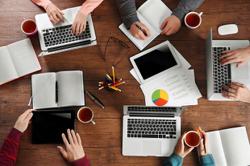