Dealing with their mums’ fading memory

(Below)Patients with dementia at the Caring with You centre playing with a ball as part of the activities to improve their mental and physical health.

IMAGINE seeing someone you love battle dementia; not only will they not remember those close to them, some may even forget how to go about doing simple things like bathing.

It is tragic to see those with dementia become a shadow of their former selves.

Deidre Low and her best friend, who only wanted to be known as Helen, can identify with these feelings as both their mothers were diagnosed with dementia in 2007.

This prompted them to start the Caring with You Dementia Enrichment Centre in Bukit Damansara, Kuala Lumpur.

Dementia is a general term used to describe a decline in mental ability severe enough to interfere with daily life. Memory loss is a symptom while Alzheimer’s is the most common type of dementia.

Low suspected something amiss when her mother, Choy Wor Yeng, 84, would tell the same stories over and over again.

While Helen realised something was wrong when her mother, Yeong Foong Meng, 81, did not remember her activities or even what day it was.

Low highlighted how different lifestyle choices of both women made a difference in the progress of their condition.

“My mum went downhill much faster compared to Helen’s.

“My mum had maids at home while Helen’s mother lived alone and was very independent.

“Eventually, my mum could not function normally and didn’t know when it was time to use the toilet and had no idea what a steak or instant noodles were,” said Low, adding when one suffers memory loss, they lose their sense of smell as well.

“How can you differentiate the smell of different things if you can’t remember what they are?”

In 2014, Low quit her job in Sin­gapore to take care of her mother when her condition was still “mild”.

She thought she would be able to handle it but later discovered how wrong she was.

She had to resort to locking her mother in with a maid at home after her parent went missing several times.

“Once my mother even called the police to report that she was locked in.

“I had to explain her condition to them,” said Low, highlighting the frustrations caregivers of people with dementia face.

“I felt guilty and stressed about screaming at her when she did not remember things,” she said.

Group singing is a form of therapy for dementia patients.

Helen then suggested they go on an educational trip to Australia and Singapore to learn more about day care facilities there.

“We got certified by Dementia Care Australia as facilitators and opened a centre here,” she said.

The diagnosis and treatment of dementia also pose a challenge.

“Firstly, many persons with dementia have not sought professional treatment as their family assume it is just old age.

“Secondly, Alzheimer’s or dementia sufferers are often hidden away,” she said, adding there is a stigma attached to the condition with family members worried they will get it as well.

Helen emphasised that social engagement makes a huge difference in slowing down the progress of dementia.

Low said her dream and passion is to make a difference in a society with dementia.

“It may be a little late for my mother but not for others.” 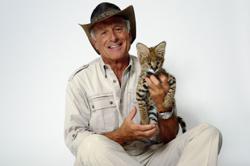