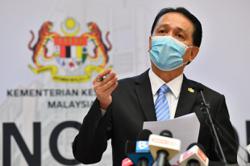 Villagers moved here after the major flood in Ampang Pecah.

Some head straight for the free toilets and showers at a new rest area that was built with them in mind.

What they will not see in their hurry to the top is a depth of diversity that’s just around the corner.

There’s 90-year-old Cheng Sak Fook, who said life is better now. But then he lived during the Japanese Occupation.

He’s not even talking about the kaya puff that’s the pride of the town not so far away, which features on the mural done by college students five times younger than him.

I am exploring this village with my guide for the day, Ng Thin Loi, the village head.

He takes me to a little bit of living history, the 120-year-old Si Ye temple, which was given a fresh coat of paint last year. There are many murals in Kuala Kubu Baru such as this one which features one of the specialities of the town - Kaya Puffs.

Next stop, the two Goddess of Mercy temples. “The original temple is situated in Ampang Pecah, the old town of Kuala Kubu. However, the goddess’ statue was later relocated to another temple in the village,” he says.

Here there is Teng Wun Bakery, where Hoo Jee Suan has been making kaya puffs for 30 years.

Some customers order up to 200 pieces at one go. No wonder it’s made it to the mural on the wall, which showcases the tourist attractions of Kuala Kubu Baru.

And now there’s Yap Chee Chong, 75, the third generation of his family in the village, sitting at his provision store. Like most of the Chinese villagers here, he is a Hakka. The 120-year-old Si Ye temple was given a fresh coat of paint last year.

He remembers that the materials for the temples I visited were shipped over from China.

I ask my guide where do the locals eat and he takes me to Restaurant Ninety Eight.

Restaurant owner Chai Tin Choy notes that many visitors to KKB are foreigners and those who live in the Klang Valley.

Chai says, “There are some from the Klang Valley, most of whom retirees, who bought their vacation homes here.

“They would come and stay during the weekends to relax and unwind.

“This is a great place to live - the air is better here, there’s no stress and it’s a great environment to raise your kids.”

His wife Henny Wong, who helps out at the restaurant, says some visitors park their cars in town and cycle up to Fraser’s Hill to stay overnight.

She adds that the restaurant has become popular for gatherings, especially for those who studied at the 110-year-old SJK (C) Khing Ming and SMK Dato Hj Kamaruddin, KKB.

“Thanks to Facebook, many have found their former classmates and this is where they have their school reunion dinner.

“Also, there are many bird-watching enthusiasts who come here for a meal before heading to Fraser’s Hill,” she says, showing me a book, Birds of Fraser’s Hill, written by a customer.

She says many will flock to this area next month and July for the Fraser’s Hill International Bird Race.

And that’s when if you are really after the quiet, you have to head out of this town and find it in Asam Kumbang New Village. That’s always there for you. 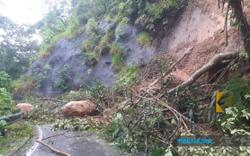