PASSING by the Sultan Abdul Samad building, you never would have thought of the sweat and sacrifice of one man who has spent most of his life keeping the famous clock on the historical landmark ticking.

Dedication would be an understatement when it comes to describing Kunasegaran Velliah’s work for the past 40 years.

Five times a week, the 59-year-old puts many younger people to shame as he effortlessly climbs four flights of steep stairs up the clock tower.

When climbing up the stairs, one can almost feel the nostalgic vibe of the building and you can’t help but take your time to admire the old structure.

As we reached the top, Kunasegaran quickly dived into the details of the clock, which was made in 1897, and one can feel his passion and love for his task.

The bell is located on the third level of the tower while the engine of the clock is located in a small room on the fourth level.

He winds the bell and clock on Monday, Wednesday, Friday, Saturday and Sunday, including public holidays and festive seasons.

As the clock and bell need to be wound every two days, Kunasegaran has not been on long leave including going abroad. No easy feat: Kunasegaran winds the bell of the clock 320 times every two days.

“So, even when I’m on leave, I will still come in and wind the clock,” he said.

The grandfather of four said his family would sometimes grumble about his devotion to his task.

“I do not do it for the money. We live in a world where heritage and history is not greatly appreciated by many, but I do,” he said.

With more than 40 years of caring for it, Kunasegaran has built a strong bond with the clock.

“I look after the clock tower like it’s my family as it is like my first home,” he said. 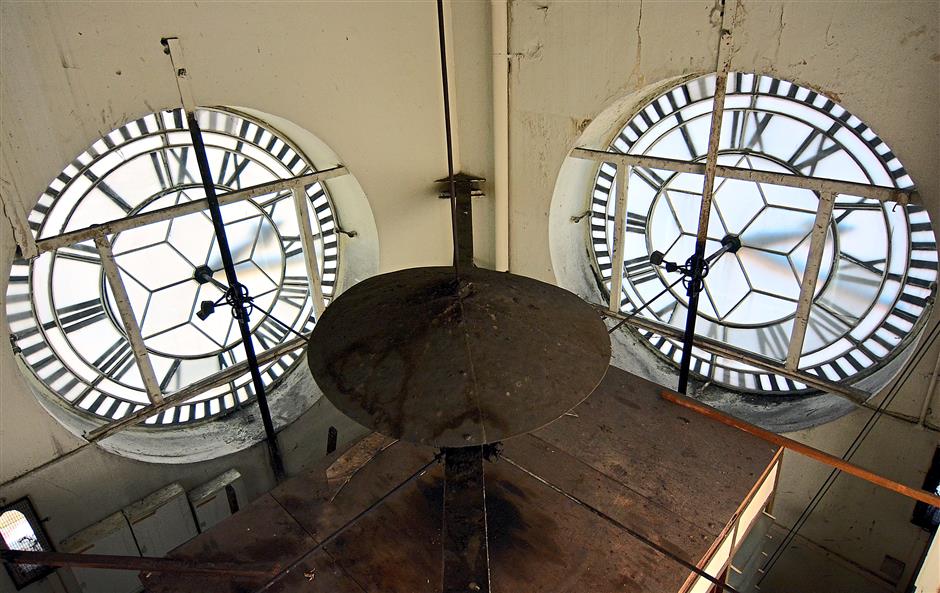 Although the clock is designed to be sturdy and durable, the Bangsar-born Kunasegaran said he still needed to be very attentive as the mechanism was very sensitive.

“Even if a little bit of dust settles on the engine where the springs are located, it could offset the weight and the whole thing could stop running,” he said.

As he runs through the process of the mechanism of the clock, one could tell that the job is not for the faint-hearted with the amount of attention to detail and manual labour needed.

One wrong step or oversight in the process of maintaining could put the clock at risk of stopping altogether. 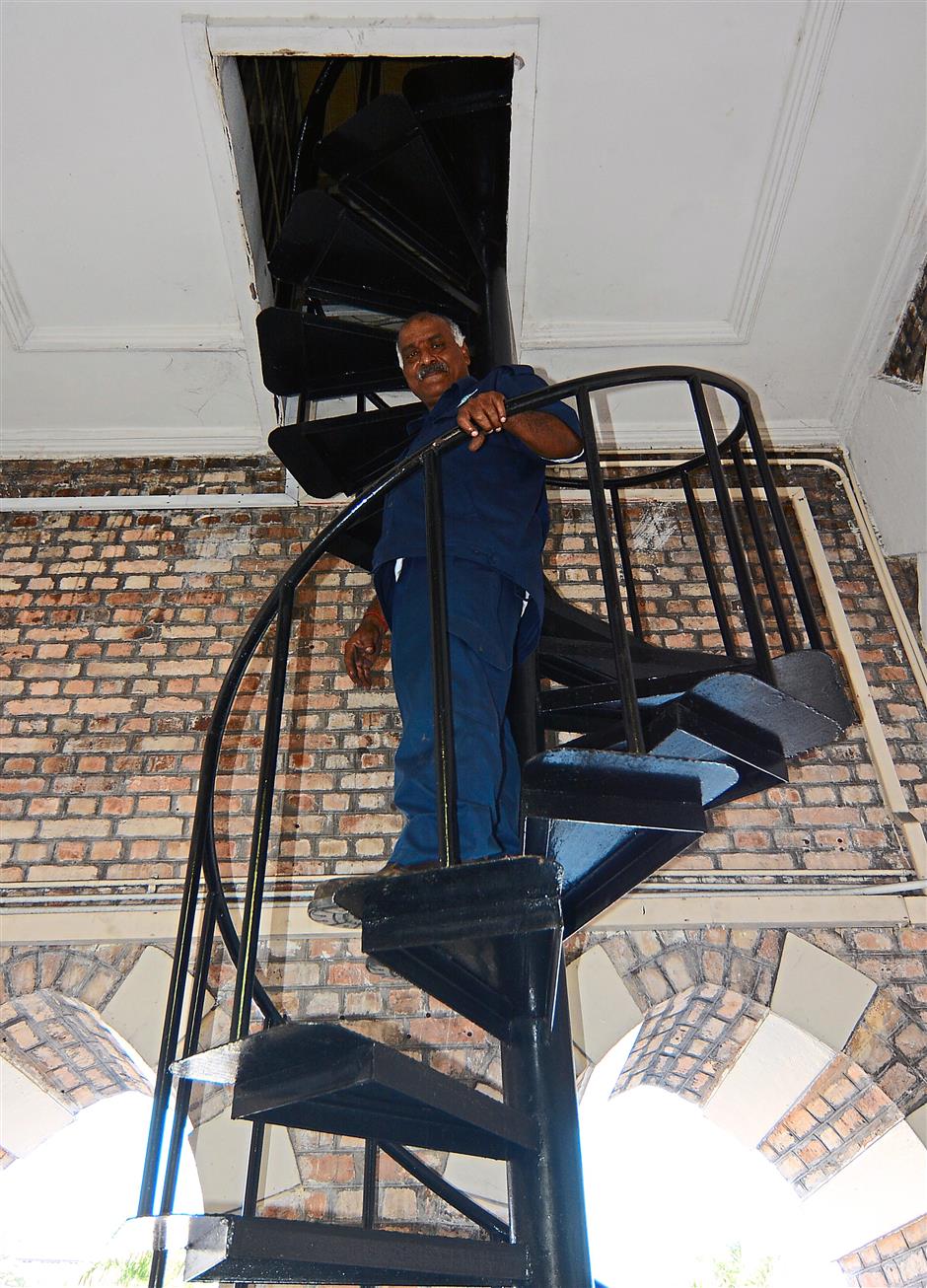 High up: Kunasegaran has to climb four flights of steep stairs five times a week when he goes up the tower.

Before winding the clock, Kunasegaran winds the bell 320 times, which takes him about an hour to complete.

Before he winds the clock, a weight must be placed to lock the gears and stop the pendulum from moving before it is wound 28 times, which he must fully complete in one go to avoid jamming.

In spite of his fitness, Kunasegaran was huffing and puffing after winding the clock.

“This is the most taxing part of the process. It is actually a two-person job as the spring is tight and needs a lot of strength to complete the cycle,” he said.

Kunasegaran, who started working at the age of 19, is the last of the seven caretakers trained by the Department of Survey and Mapping Malaysia (Jupem) in 1975.

“I’ve lost touch with two of them and three of them have since passed away but I still keep in contact with one of them,” he said.

His only worry is who will take over his job once he retires next year, after marking 41 years of service. 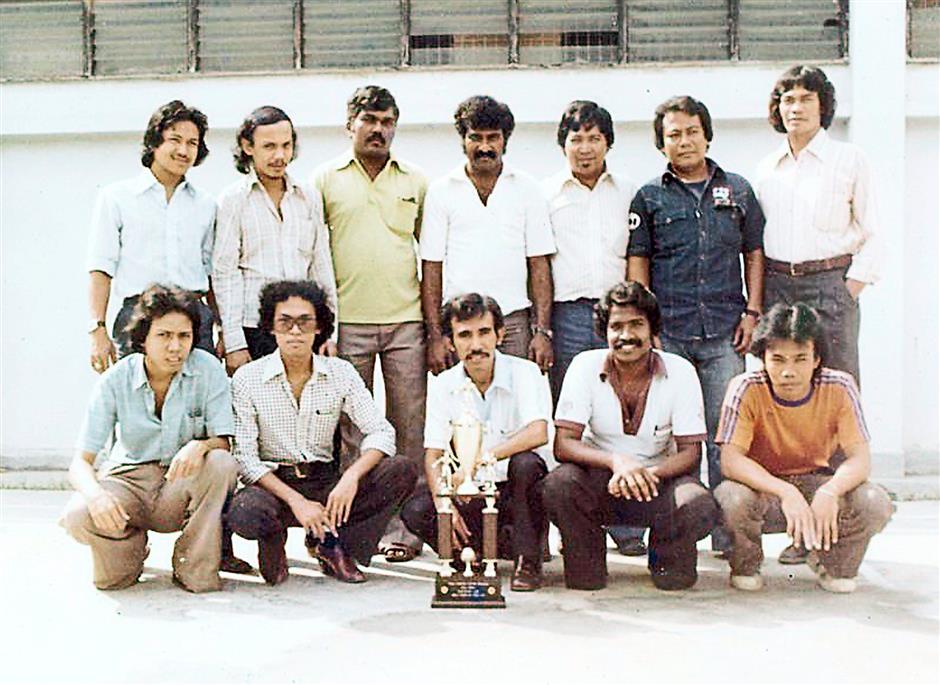 “No one is interested in taking over as it involves a lot of manual labour.

“Sometimes, I lie awake in bed thinking about the fate of the clock,” he said.

He said the last he heard was that the Tourism and Culture Ministry, which owned the building, would tender contracts to contractors to take care of the clock.

“I only hope that the clock is kept alive and not left unattended.

“The clock can easily last for another 100 to 200 years if it is properly cared for,” he said.