AFTER a year’s hiatus due to Covid-19 pandemic and the movement control order, the Selangor goalball championship returned this year with 70 players taking part.

Goalball, a team sport designed for the visually impaired, was first introduced in the country by Malaysian Association for the Blind (MAB) in 1984.

The game involves participants in teams of three who wear eye shades, throwing a ball with bells embedded into the opponents’ goal.

Although goalball requires absolute silence, supporters cheered the players on whenever they scored.

Mohammad Azri Azlan of KL City Boys, the defending champions, said: “I’m so happy to have won because it has been so long since we played in tournaments like this because of the Covid-19 pandemic. 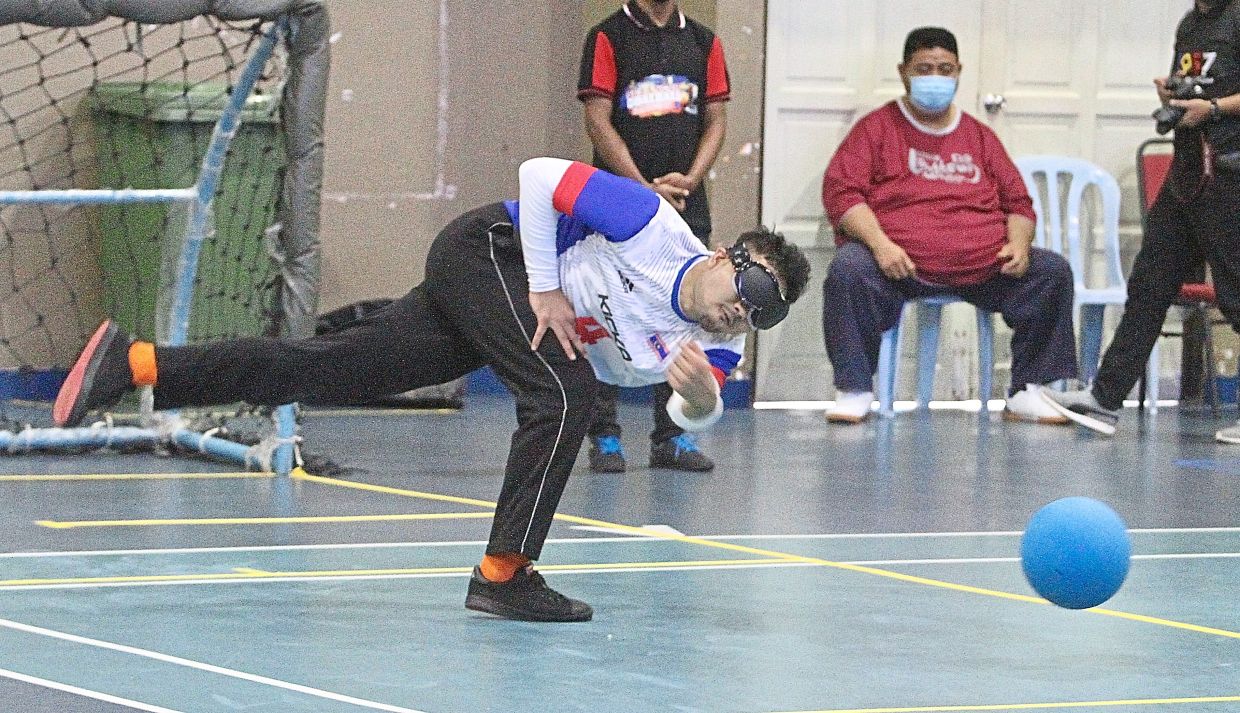 “We all have day jobs so we could train only once or twice a week. We are elated to have defended our title,” he said.

Mohammad Azri said good hearing was a must in the sport.

“We need to rely on our hearing to determine where the ball is coming from.

“Another challenge is familiarising ourselves with a court quickly as every venue is different,” he added.

Each winning team was also awarded trophies, medals and hampers.

The tournament was organised by MAB with sponsorship from the Selangor human capital develop-ment, sports and youth generation development committee as well as Selangor State Sports Council.

“The visually impaired enjoy playing games just like other individuals.

“There are many professional athletes who earn a living playing sports and we want the visually impaired to be able to do this too.

“We want to professionalise this game so that they can also receive benefits and allowances, like other athletes,” said George.