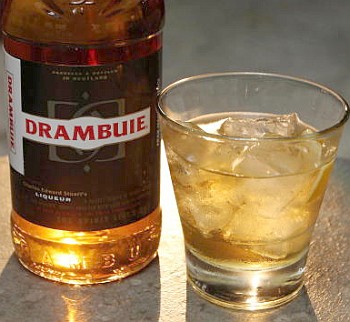 Goes down smooth: The Rusty Nail is the signature Drambuie cocktail, and is made with equal parts of Drambuie and Scotch whisky.

Our columnist finds out more about eclectic whisky-based liqueur Drambuie from the ‘world’s best bartender’.

WHAT is Drambuie? I’ve seen the bottle in almost every single bar I’ve been to, but no one seems to be able to tell me exactly what it is (short of reading the label) or how to drink it. It seems to be one of those brands that everyone has heard of but no one seems to have a clue about what it actually is, in Malaysia at least.

So, who better than the certified “World’s Best Bartender” to tell me more about this eclectic little drink, then?

Jamie Stephenson has won four World Championship titles and countless other awards throughout his 17-year career as a bartender. Widely recognised as one of the world’s foremost authorities on cocktails, Stephenson has been Drambuie’s global brand ambassador since 2009. It is a role he clearly enjoys, judging from the enthusiastic way he speaks about the liqueur during our interview at The Estates at The Intermark, Kuala Lumpur.

“Drambuie is a whisky-based liqueur, and is also the first British liqueur. It’s a marriage of good quality grain and malt whiskies from Scotland’s Highland and Speyside regions, sweetened with Scottish heather honey and sugar, and then infused with a secret recipe of spices,” he explains.

The story of Drambuie goes all the way back to 1746, when Scotland’s Prince Charles Edward Stuart (or “Bonnie Prince Charlie”) was defeated at the Battle of Culloden, in which he had tried to reclaim the English throne for the Stuarts.

“Bonnie Prince Charlie failed, and went on the run. He later sought refuge in the home of John MacKinnon on the Island of Skye; and in return, the prince gave the recipe for his family’s invigorating elixir to MacKinnon. Back then, liqueurs were considered medicines,” says Stephenson. 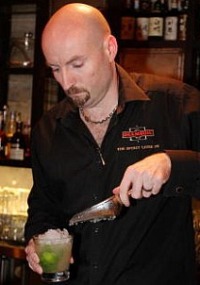 After staying in the MacKinnon family for generations, the recipe eventually ended up in the hands of an hotelier on Skye called John Ross, who started producing and serving it at his hotel.

It was there that the liqueur got its name when a local customer called it “an dram buidheach”, Gaelic for “the drink that satisfies”, which was eventually shortened to Drambuie.

Drambuie was first bottled commercially in 1909, and in 1916, it became the first liqueur to be served at Britain’s House of Lords in 1916, and subsequently, Buckingham Palace in 1917.

“As you can see, we got off to a very good start, because back then the royal family were the trendsetters, and everyone would want to drink what the royalty drank,” says Stephenson. “During the first World War, we sent Drambuie out with the British army, and it was available in the mess tents. By the time the wars ended, people in other parts of the world actually knew what Drambuie was.”

All the same, just because one has heard of it does not mean that one knows how to drink it, though.

“I’ve found that people may have heard of Drambuie, but they don’t know what it is! It’s one of the biggest selling products in the world, and most outlets would have a bottle ... but they just don’t know what to do with it!” says Stephenson.

The only way to find out what exactly Drambuie is, is to actually taste it. There are two products under the Drambuie brand currently available in Malaysia: The original Drambuie, and the Drambuie 15, which is a based on a selection of 15-year-old Speyside single malt whiskies.

As expected, the original Drambuie was a very sweet concoction with strong honey, anise, vanilla and butterscotch notes, with very slight hints of the whisky.

“Drambuie actually contains five grain and up to 25 malt whiskies, but you’d struggle to taste any of it. The main feature of the drink is actually the sweetness, the spices and the honey,” Stephenson explains.

According to him, the original Drambuie tends to be too sweet for hardcore whisky drinkers, so the company decided to make a version of Drambuie that whisky drinkers could come back to: The Drambuie 15.

Being a regular whisky drinker myself, the Drambuie 15 definitely appealed a lot more to me than the original. It is not as sweet as the original, and has a peatier and more whisky-like flavour, as well as a dry, woody finish that has a wonderful subtle sweetness to it.

“The Drambuie 15 only contains malt whisky, all aged over 15 years, and has 66% less sugar in it as well, so you can taste the whisky right away, and it does not have the blatant sweetness that the original has,” says Stephenson.

“It still has the characteristics of Drambruie, but there are only about a quarter of the oils in there and a third of the sugar, which allows the whisky to breath, instead of being overwhelmed like it is in the original. It’s still a liqueur, but it’s lighter and more whisky-like.”

Drambuie was traditionally drunk as a digestif after dinner, either neat or on the rocks. “It’s quite popular during Christmas – many people would get a bottle to serve during Christmas dinner,” says Stephenson, adding that this style of drink has grown less popular these days, with more people preferring long drinks and cocktails.

The most famous Drambruie cocktail is the Rusty Nail, which consists of equal parts Drambuie and Scotch whisky. However, you can also make any classic cocktail a “rusty” one by substituting Drambuie with another ingredient.

“To make a Rusty Mojito, just substitute some of the rum for Drambuie. Because it’s already sweet, you won’t have to put any sugar in, and you’ll still get a honey and spice flavour that mixes well with lime and mint,” says Stephenson. “Drambuie’s flavour is very distinctive, so you can throw strong flavours at it and you can still taste it.”

Michael Cheang was definitely satisfied by ‘the drink that satisfies’. 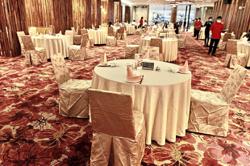 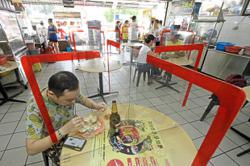 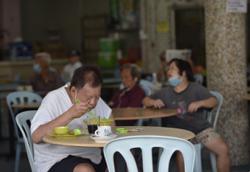