Exploring some words and expressions that do not look right.

THE title looks funny – funny not meaning “funny ha-ha” or “causing laughter or amusement”, but meaning “strange, peculiar”. The first word, the, is an indefinite article, and there is no quarrel about that. The second and the third words purport to be adjective and noun. However, the second word, rite, is phonetically right as an adjective but it is grammatically wrong for the right word, right. The third word, write, being a verb, is grammatically wrong. It could be the noun rite, which fits into the phrase – but it is not the intended word. It could be the noun form of write, viz. writ, which does fit in – but, again, this is not the intended word. How about alternative titles like the right to rites, the right of wrights, a playwright writes on rites, etc.?

The above examples remind me of a point frequently made by one of my teachers: “Some people cannot string a sentence of five words without making six mistakes.” He said this more than a half-century ago, but what he said then is no doubt applicable now, considering the lamentable state of English proficiency in the country.

I should now re-entitle my piece thus: “To write right”; and go on to select – and to discuss and/or explain – certain words, phrases, and constructions which appear quite frequently in print or are asked in question. Some of these have previously appeared in my column, but there is nothing like a fuller discussion to reinforce a point.

So here goes ... (Words that are foci of discussion are underlined.)

A recent report reads: “... a team of researchers ... found a highly potent toxin which holds the key to how bacteria acts and causes the cells of an infected person to die.” – Sunday Star/StarEducate, Jan 1, p.9. Here bacteria is wrongly treated as a singular noun, thereby governing the singular verbs acts and causes. Such usage, commonly encountered in the local papers, results from a failure to recognise bacteria as the plural of the singular bacterium. Perhaps the underlying reason is that the word has been accepted into Bahasa Malaysia as the singular noun bakteria, which, when used in the plural, is bakteria-bakteria.

The word alumnus (“a former pupil or student of a particular school, college, or university” – applied specifically to a person of the masculine gender), whose plural is alumni, deserves further attention. Imagine the confusion when the masculine plural alumni is applied to a woman graduate, as was once encountered in a local newspaper. (NOTE: The masculine alumnus has the feminine equivalent alumna, and the corresponding plurals are alumni and alumnae respectively.)

The phrase as such “is liable to be used in curious ways, so curious sometimes that the writer’s meaning can only be guessed. The statistics as such add little to our information./There is no objection to the sale of houses as such. In the first example, as such probably means by themselves, per se. In the second the context suggests that the writer meant there was no objection in principle to the sale of houses; if so he chose an absurd way of saying it.” (Fowler, H.W., 1977. A Dictionary of Modern English Usage, rev. E. Gowers, p.603).

In Malaysia, as such is commonly used in still another sense, to mean “therefore; as a result; consequently; under the circumstances”, as in the example: “There was a massive traffic jam on the bridge. As such, he arrived at his office three hours late.”

The dictionaries on English define the phrase as such to mean “in the true or exact sense of the word or phrase” – and there are no two ways about the meaning: there are not any additional meanings to be assigned to the phrase. In standard English, a correct usage is illustrated by the following example: “He was a world-famous writer. As such (= as a world-famous writer), he was considered a national treasure” – BUT not in the following: “He wrote many famous books. As such (= as many famous books?), he was considered a national treasure.”

I do not know how as such has come to mean anything but the standard dictionary meaning. As such – oops, sorry, therefore – I advise examination candidates to avoid using the phrase as such if they are unsure of its usage.

Is the phrase as well as a preposition or a conjunction? The point has been raised several times in MOE but without closure. It is a preposition (a phrasal preposition), meaning “in addition to; too” (Cambridge International Dictionary of English, 1997; Oxford Advanced Learner’s Dictionary, 2010). It is a conjunction (a phrasal conjunction, or a compound conjunction), meaning “and; and not only” ( Fowler, H.W., 1977. A Dictionary of Modern English Usage, rev. E. Gowers, p.690). The ambiguity is of great concern in the matter of subject-verb agreement. A reader of MOE has proposed that the intended meaning depends on whether the item preceded by the phrase as well as is parenthetic (i.e. demarcated by commas)! Curme (Curme, G.O., 1947. English Grammar. Barnes & Noble Books, p.115) writes: “If a subject in the singular is associated by means of with, together with, as well as, not less than, like, but, except, with other words which logically, though not formally, constitute a part of the subject, the subject is now usually in the singular, often in contrast to older usage.” (Note my underline – the writer avoids making a definitive statement on the status of the phrase as well as.) He gives the example: “The girl, as well as the boys, has learned to ride.”

Partridge (Partridge, E., 1973. Usage and Abusage. A Guide to Good English. Penguin Books, p.40) writes that the phrase as well as is often ambiguous, and gives the following example: “The captain, as well as the sailors, suffered this bitter reverse.” He reckons that the sentence “may convey the fact that both the captain and his crew suffered them – or the different fact that both the captain’s power of endurance was equal to the crew’s.”

Fowler (cited above) is authoritarian, as always. He writes: “It is time for someone to come to the rescue of the phrase as well as, which is being cruelly treated. Grammatically, the point is that as well as is a conjunction and not a preposition. Or, to put it in a less abstract way, its strict meaning is not besides, but and not only. Or, to proceed by illustration, English requires not You were there as well as me (as it would if the phrase were a preposition and meant besides), but You were there as well as I (since the phrase is a conjunction and means and not only).”

I pity the poor student sitting for an examination in English. Which usage of the phrase as well as would the examiner accept? I would follow Fowler’s prescription, but then the examiner might think differently.

Blur as an adjective

Blur is a noun, meaning “something that cannot be seen, heard, or recalled clearly”, as in “Everything is a blur when I take my glasses off.” It is a verb, meaning “become unclear or less distinct” (intransitive verb, as in: “The landscape blurred as the train gathered speed”), or “make unclear or less distinct” (transitive verb, as in: “The heavy rain blurred his vision”). In the past participial form, it is an adjective, as in: “His sketches were blurred after having been accidentally dropped into a washing machine.”

In Malaysia, however, the word blur in its base form has become an adjective used predicatively, meaning “confused, uncomprehending”; e.g. “The students were blur when the teacher started to explain the trajectory of a rocket blasted into space.”

How did the word blur become an adjective so beloved in Manglish? Sorry, I am blur(?) on that matter!

Another important inverted construction is a sentence beginning with “there is” or “there are” – but I have run out of space to discuss its grammar.

I do not have any New Year resolutions, but I do have hope, viz. the hope that in future I encounter the above quirky locutions less frequently, or not at all. Heading Down Under was a gamble that paid off for Fowler 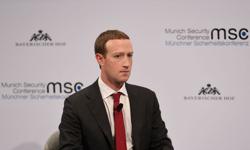 Facebook’s Zuckerberg promises a review of content policies after backlash