London no longer a luxury shopping heaven for tourists 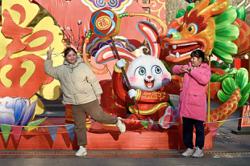 A giant Christmas tree has been put up at the Galeries Lafayette department store in Paris. Tourists looking to shop for luxury items are now in favour of tax-free destinations like Paris and Milan, over London. — Reuters

London is losing out to Paris (France) and Milan (Italy) as a tourist destination for high-spending shoppers over the lack of a tax incentive, British luxury brand Burberry said, after its Britain-based sales suffered.

Overseas visitors to London have not been able to claim back value-added tax on shopping since the end of 2020 following Brexit, putting the city’s upmarket stores at a disadvantage to rival European cities.

In the political turmoil that has gripped Britain this year, former prime minster Liz Truss’s short-lived government said it would introduce a new VAT-free shopping scheme for international visitors, to boost retail, entertainment and hospitality sectors.

Weeks later, the new government under Prime Minister Rishi Sunak scrapped the idea in a bid to save money.

Burberry finance director Julie Brown said London was now missing out, with shoppers from the United States, Middle East and Asia flocking to shopping districts of Paris and Milan, and not Bond Street and Knightsbridge in the British capital.

“We’re not seeing the same degree of tourism in Britain as we used to because we’re seeing more tourists are going into Paris, Milan,” Brown told reporters.

Tourists in European cities can reclaim sales tax on some higher value purchases at certain retailers.

Burberry’s recent results showed that continental Europe, particularly France and Spain, outperformed the rest of the Europe, Middle East, India and Africa region on a sales growth-basis, while British sales were in line with the average.

France’s LVMH, which owns Louis Vuitton and Dior, and Kering, have both outshone Burberry’s sales growth of late.

“If there was an alternative tax-free shopping scheme available in Britain, I think it would definitely bring tourists back to Britain,” said Brown. – Reuters

Quaint English villages and towns to visit outside of London 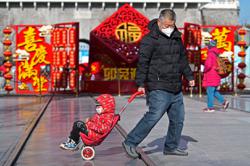 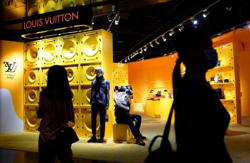 Get wet and wild in Malaysia's newest water theme park
A good excuse to go on a cruise
World's 50 'best' hotels to be revealed in September
The best way to save money when it comes to travelling is to plan early
A new age of train travel in Bangkok
The first Super Mario-themed park in the US is set to open this month
Beijing could one day become a more powerful city than Paris for tourism
Lake District in England is said to be one of this year's top places to visit
Jordan's Rose City rises again with the return of tourists
Hiking in the magnificent mountains of Patagonia, where the pumas roam