Quaint English villages and towns to visit outside of London

The Cotswolds is a picturesque place that’s not too far from London. — VICKY PRINCE/Pixabay

London, of course, is a world-class destination, but one of the best things about the city is how easy it is to leave. Those who are visiting for longer than a week – or who live there – might have the urge to get away, whether it’s a reprieve from the traffic or the turmoil in Westminster.

If you’re looking for a day trip that comes without the chaos of airport delays or the dismal prospect of changing currency, here are seven of the best getaways from London. Some exude countryside charm, while others beckon as seaside escapes, but all are under three hours away by train or car, where you can have a pint in a pub and also toast the spot where the discovery of DNA was announced.

Good weather is not, however, guaranteed. Pack your umbrella.

Less than 90 minutes by train or just a little over two hours by car is the New Forest. Don’t be fooled by the “new” in the name: William the Conqueror created the woodlands to hunt after his successful invasion in the 11th century. A thousand or so years later, it’s a nature retreat, with more than 5,000 wild ponies roaming freely around the national park, making it a memorable place to go on a hike.

If you’ve worked up an appetite on your walk, there’s plenty of cosy pubs such to refresh in afterwards.

“The New Forest is the most stunning of ancient landscapes,” says Lotti Bruce, marketing director at the Pig hotel in nearby Brockenhurst. “Rambling roads, heathlands, and miles of coastline. There are endless walks and cycling routes to explore, with ponies and cattle being the only traffic you ever really need to contend with.”

She says that a little under half of the hotel’s guests come down from London and that the quiet and restorative appeal of the forest is what makes this place so special.

Car fans should be sure to check out the National Motor Museum in Beaulieu.

Getting there: Take the train from London Waterloo to Brockenhurst.

Covering an area of almost 2,072sq km of rolling hills, picturesque cobbled stone villages, and stately homes, the Cotswolds have been a classic escape for well-heeled Londoners for good reason. David and Victoria Beckham have a house there, and Meghan Markle held her bachelorette party at Soho Farmhouse, a retreat in the Oxfordshire countryside.

Bleinhem Palace, the home of Winston Churchill and a masterpiece of baroque architecture, sits on the edge of the Cotswolds and is open to visitors who can find decoration for their own palaces in one of the many antique shops scattered around the nearby villages.

Getting there: Take the train from Paddington station to Moreton-in-Marsh.

Embrace seaside kitsch in the home of the Shell Grotto and the Scenic Railway, the country’s oldest operating roller coaster, which is located at the Margate Dreamland amusement park.

But it’s not all about Margate’s retro beachfront past: The town is now an art destination, thanks to the Turner Contemporary. Based on the site where artist JMW Turner used to stay, the gallery celebrates the town’s connection with the romantic painter. Admission is free and has a rolling programme of modern exhibitions.

Getting there: By train, it’s an hour and 40 minutes from Victoria station to Margate station.

Sure, this city has been a wellness destination since the Roman times. But don’t miss the stunning architecture, including the Royal Crescent, which is a street filled with Georgian stone town homes that retain so much of their 18th century look and feel that the street has been in numerous shows and movies, including Bridgerton and Keira Knightley’s The Duchess.

There are plenty of highbrow pursuits, too: Author Jane Austen was the city’s most famous resident, and Bath comes complete with its very own Jane Austen museum.

Get a glimpse of life during Regency times by talking one of its walking tours to see a side of town that the Pride And Prejudice scribe would have known.

But yes, the baths are still a big attraction. The Thermae Bath Spa has the only natural hot springs in Britain that you can bathe in, and it offers signature spa treatments and facials. After all that walking, time to relax!

Getting there: By train, it’s 90 minutes from London Paddington station to Bath.

Whitstable is full of colourful beach huts and pebble beaches you can stroll to get your fill of sea air. This town on the Kent coast is primarily known for its native oysters, which have been harvested here since Roman times.

Whitstable’s oldest restaurant, Wheelers Oyster Bar, with its pink façade, is worth a trip. But if you’re feeling fit, bring your bicycle and ride the 10km Crab and Winkle Way trail right up to Canterbury Cathedral, one of the most famous in England.

Getting there: By train, it’s an hour and 20 minutes from Victoria station to Whitstable. 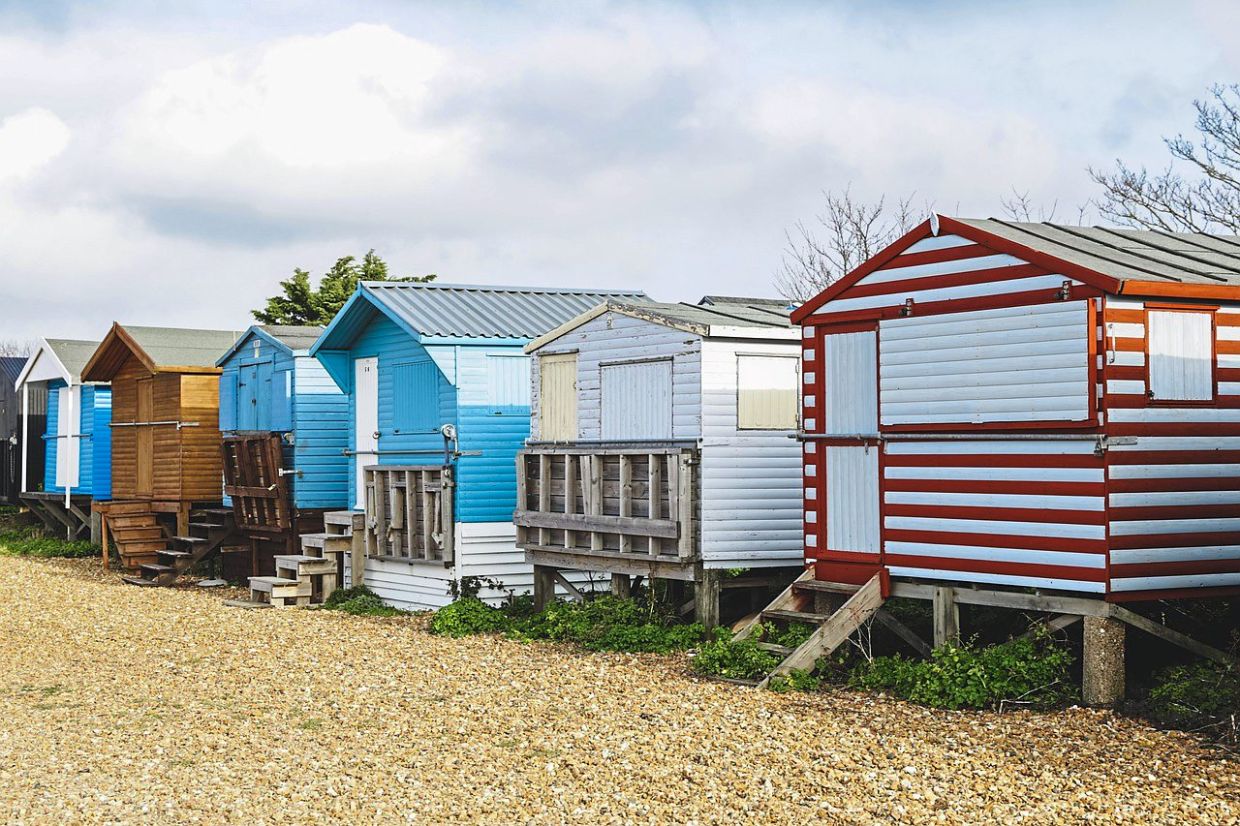 The beaches at Whitstable are known for their colourful beach huts. — PAULINE MONGARNY/Pixabay

Yes, of course Oxford is great, too, but Cambridge is easier to get around in a day. Its university in the heart of the city touts notable alumni such as Isaac Newton, Zadie Smith, and John Maynard Keynes, but there’s still plenty to do even if you’re not writing a pivotal book on economic theory.

Visit King’s College Chapel, a masterpiece of Gothic architecture dating to 1446. After, rent a boat to go for a “punt” down the river Cam.

Top it off by having a pint in the same pub where Francis Crick and James Watson famously interrupted patron’s lunchtime to shout they had discovered the secret of life, DNA, in 1953.

Getting there: By train, it’s 50 minutes from Kings Cross to Cambridge.

The cobbled streets, with names like Mermaid and Wish, date to Rye’s history as a medieval port, and you can feel the past in every step. In the 13th century, it was one of the most famous stops for pirates, and it has a legacy of being a haven for smugglers.

Once, goods such as wool, cotton, and liquor were transported from Rye out of the country; now the town is a tourist destination on the Sussex coast.

And wine lovers can rejoice because Chapel Down, the home of English sparkling wine, is only an 11km drive away.

Getting there: By train, it’s an hour and 40 minutes, though there are no direct routes. Change at Ashford. – Bloomberg 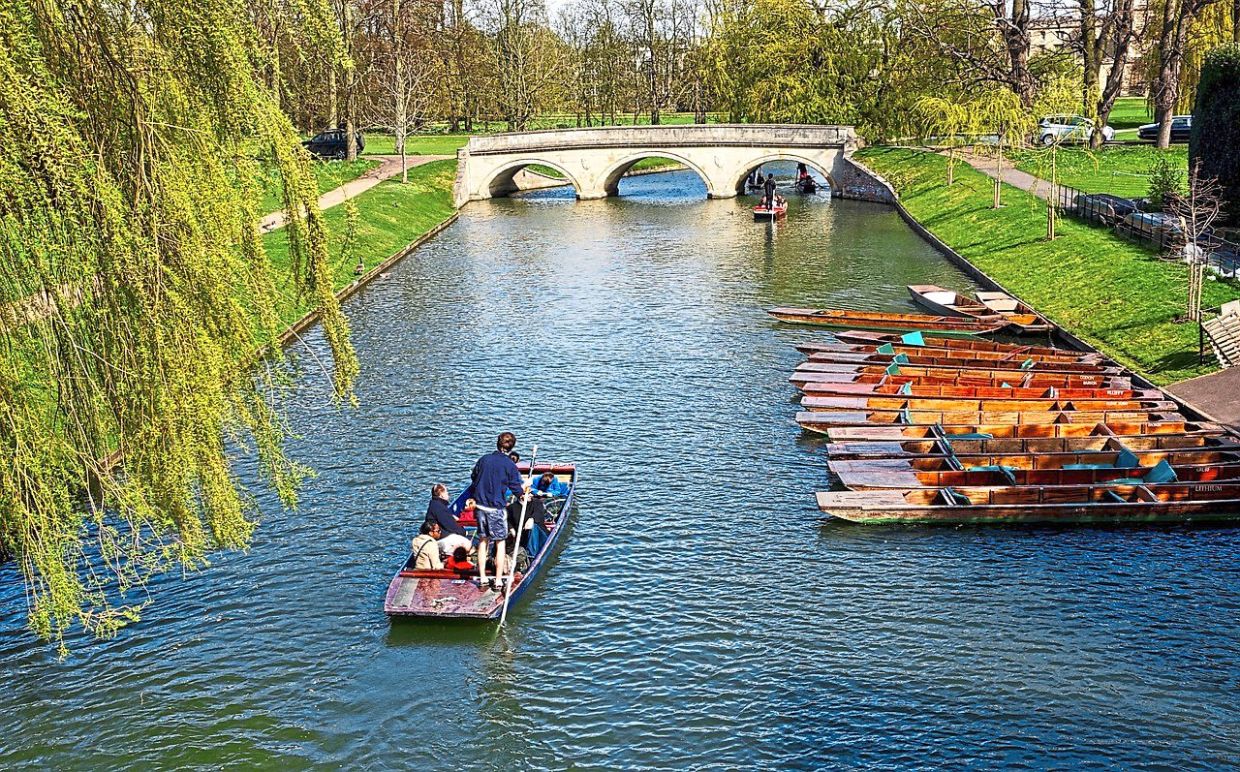 Cambridge is famous for its university, but there are plenty of things to do around town too. — SIGGY NOWAK/Pixabay 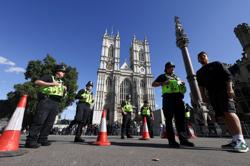