Cooking at home can help Malaysians to quell wanderlust

Rolex, short for rolled eggs, is the name of this quick snack in Uganda. — dpa

A riot of exotic smells, sights, and sounds. For many travellers, strolling through a colourful market is the best way to get to know a new country.

Three authors have succeeded in capturing that excitement in their new cookbooks – and explain how cooking at home can expel wanderlust while we are all grounded during the pandemic.

Photographer Maria Schiffer kept things authentic on her travels through Africa. Not for her the schedule of speeding through the desert in an off-road vehicle, snapping supposedly authentic African pictures and then dining in a luxury hotel.

Instead, she travelled by bus, slept in humble guesthouses and often knocked on strangers’ doors and asked if they would like to cook with her.

Schiffer is convinced hardly anything connects people as much as food does. In her new cookbook Eating With Africa she collects not just recipies, but above all, stories about the people she meets and their everyday lives.

ALSO READ: Nasi kunyit helped me 'travel' to Penang from my kitchen in KL

The German-American photographer spent a year collecting these stories, returning to Africa again and again with the goal to “get a feeling for this continent” – all 54 countries and their 1.3 billion inhabitants.

She cooked with people in 10 countries, from Morocco to Malawi to South Africa.

“I still know far too little about Africa, ” says Schiffer. “But with the personal stories, prejudices can be broken down – and everyone understands food.”

Whether on the train, in a shared taxi or in a guesthouse, Schiffer talked to people and quite often ended up meeting the next family who could show her a new dish.

“The idea of the cookbook was well received. I was always warmly welcomed and often the cooking turned into a real event, ” says the photographer.

And there’s a lot to learn along the way, such as the Ugandan method of wrapping stews in banana leaves and cooking them over an open fire. Most of the ingredients in Schiffer’s book are available in a normal supermarket, she says, or in an African or Asian shop.

Food also has a special significance elsewhere in the world. In Thailand, says chef Pratina Kross, people take more time over cooking than in Europe.

Also known as Meo, Kross runs Dao, a Thai restaurant and cooking school in Berlin. In her restaurant, Kross satisfies the wanderlust of her guests.

“I often get the feedback that a visit to my restaurant briefly brought back the feeling of being on holiday in Thailand, ” she says.

Food is an important cultural experience, the chef believes: every culture identifies itself through its culinary specialities.

“It’s the same with the food culture in Thailand. Of course, we have to adapt to the customs of Germans and Europeans here in Berlin.”

Back in her place of birth in south-eastern Thailand, Kross would serve food on the beach while dancers in costumes performed original Thai cultural dances.

While take-out is one way to bring home a touch of Thai flavour, cooking a dish for yourself is one step better. In her German-language cookbook Kochen Wie In Thailand (Cooking Like In Thailand), the author explains how to recreate traditional dishes like pad thai and prawn curry at home. And, with recipes set alongside lively photos of Thailand, that holiday feeling is never far away.

Like Thailand, Italy is a dream holiday destination for foodie travellers from all over the globe, with fresh ingredients and a myriad of culinary regional variations offering insights far beyond pizza and pasta.

Originally from New Jersey, the United States, food blogger Katie Parla has dedicated decades to the study of Italian gastronomy, having lived in Rome for almost 20 years.

Parla’s cookbooks present the traditional Italian recipes readers need to bring the tastes and smells of an Italian holiday into their own kitchens.

Of course, nothing can replace eating a Pizza Napoletana in Naples.

“But you can come pretty close if you practise and perfect the recipes, ” says Parla.

One thing is clear for the author. Food is culture and food connects people, even across time. When cooking a traditional dish, it’s possible to feel connected to those who ate it decades or even centuries ago.

Accompanied by a good Italian wine, served in water glasses, and all that wanderlust is suddenly easier to bear. – dpa

Cooking at home? Use Shopee Promo Code to save more on kitchen appliances 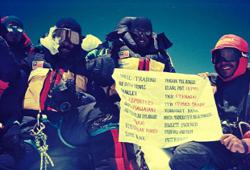