Supermoon: When and how Malaysians can see the lunar event tonight (May 26) 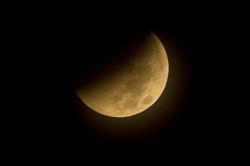 The supermoon was seen above the Sarawak state government complex in 2019. — ZULAZHAR SHEBLEE/The Star

A “flight to nowhere” to watch the supermoon phenomenon and a total lunar eclipse sold out in record time of two-and-a-half minutes recently.

Earlier this month, Qantas started offering the flight from Sydney, Australia that will give space lovers the chance to observe the upcoming supermoon and full lunar eclipse from the air.

Tickets were instantly snatched up, and a wait list was created following the sell-out (which has since been closed).

The flight will depart from, and return to, Sydney and is the latest in a series of special flights Qantas has operated for travellers eager to take to the skies while the industry recovers.

Qantas chief customer officer Stephanie Tully said the B787 Dreamliner has the largest windows of any passenger aircraft, making it ideal for moon gazing.

“We think this flight has great appeal for anyone with a passion for astronomy, science, space photography, aviation or just keen to do something a little out of this world, ” she said in a statement.

The three-hour flight will begin with a scenic flight over Sydney Harbour before climbing above any potential cloud cover and atmosphere pollution to a cruising altitude of 43,000 feet to view the supermoon and full lunar eclipse.

It will be the second and last supermoon for 2021 and also coincides with a full lunar eclipse, making it a rare double phenomenon, with the moon expected to turn red against the night sky.

The term supermoon, however, has been rebuked by astronomers.

Jackie Faherty, an astronomer at the American Museum of Natural History, said the phenomenon is not all that different from the typical full moon.

“While a full moon isn’t always a supermoon, a supermoon is, by definition, a full moon that is just really close, ” she said in an interview with Yahoo!.

Faherty added that it is fairly easy for people to observe the supermoon.

“It’s as simple as looking up! A full moon can and will be easily viewed even in big metropolitan areas like the middle of Times Square (in New York).

“The only thing that can ruin (the viewing) is clouds or bad weather, ” she said. 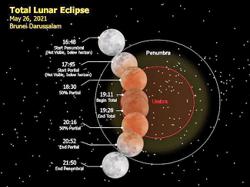