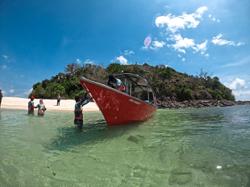 The Jokulsarlon glacier lagoon in southern Iceland is among the natural attractions that have made the island a popular tourist destination in recent years. — STEFFEN TRUMP/dpa

The pandemic all but emptied Iceland of its tourists in the past year, bringing the country back to the levels during the time of the infamous eruption of the Eyjafjallajokull volcanic glacier 10 years ago.

The number of foreign tourists fell by more than three quarters (76%) to around 478,500 travellers in 2020, down from 1.99 million the previous year, according to figures from the Icelandic Tourism Authority.

The last time the number of foreign visitors to the North Atlantic island was lower was in 2010.

For European and North American travellers in particular, the country’s rugged nature and majestic scenery has made it into a top destination for adventurous tourists in recent years. Almost all international travellers come to Iceland via Keflavik Airport near Reykjavik.

The Eyjafjallajokull eruption and the resulting kilometre-high ash cloud temporarily paralysed international air traffic in spring 2010, but at the same time raised awareness of Iceland in many countries. By 2018, the number of tourists had grown to more than 2.3 million.

Tourist numbers are expected to remain lower into mid-2021, and Iceland is tightening its rules for people arriving in the country over fears of the spread of coronavirus mutations.

The government announced recently that every passenger has to take a coronavirus test upon arrival before going into quarantine for five to six days, after which a second test has to be taken, the government said.

Testing would be free of charge, however. The measures are to come into force immediately and last until May 1.

Until now, travellers could also opt for a two-week quarantine and no testing, but in practice many people did not go into isolation.

Iceland has seen relatively few infections due to its isolated location, with the lowest case numbers among all European countries in recent weeks. – dpa

Naomi Campbell is not Kenyan

Since the start of the pandemic, Kenya has been hit by slumping tourist numbers, impacting one of its most vital industries. To remedy this, the popular safari destination is now seeking celebrity support from Naomi Campbell.

The British supermodel has now been appointed the international ambassador for tourism in the East African country, although some were disappointed at the decision to pick a European to represent an African country.

“We welcome the exciting news that Naomi Campbell will advocate for tourism and travel internationally for the magical Kenya brand, ” Kenya’s Tourism Minister Najib Balala said, announcing the appointment recently.

The 50-year-old model visited the golf course of the Vipingo Ridge resort on the Kenyan coast together with Balala. The resort claims to be Africa’s first and only golf course to be accredited by the Professional Golfers Association (PGA).

However, the announcement was met with dismay by many on social media. “So not ONE Kenyan could fit this position? Do y’all even have Kenyan ‘tourism’ ambassadors?” one Twitter user said.

Another criticised the appointment of a British woman as Kenya’s tourism ambassador as showing a “colonial mentality”, adding: “This demonstrates that you do not have confidence in Kenyans to promote their country.”

Kenya attracts tourists from around the world mainly because of the many wild animals that roam in nature reserves such as the Masai Mara.

The white, palm-fringed beaches are also very popular. However, tourism has suffered badly during the pandemic – and so have many protected areas that depend on income from tourists. – dpa 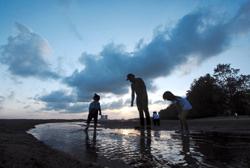 Tourism Ministry resumes RM5mil Gamelan fund for tourism recovery in Malaysia
'Inilah Pahang': State rebrands tourism theme in bid to revive travel
Tourists enjoy the peace and quiet in Paris during Covid-19 pandemic
Malaysia Airlines, Firefly to recycle 50% airline cabin waste by 2025
Malaysians prefer to travel in smaller groups amid Covid-19 pandemic
Pandemic period is the best time to be tourists in New York
Should travellers ostracise Myanmar to fight a regime?
Good times and goodwill come together for Malaysian voluntourists Premium
Why it's okay to follow 'Malaysian timing' sometimes when you travel
Intra-regional holidays can boost tourism recovery in Malaysia