Medical tourism is a multi-million ringgit industry in Penang. Photo: The Star

The medical tourist from Indonesia was hoping that doctors in Penang could save him.

“I don’t know what sickness he had, but I heard he was told it was terminal and the doctors could do nothing. Then when he came back to the apartment, he jumped off the balcony,” said building supervisor Ooi Boon Cheng.

The man fell seven floors and broke his legs, but he survived.

Ooi looks after Halaman Pulau Tikus, a low-density apartment block of just 26 units, where that tourist had fallen in mid-April. This secluded residence off Burmah Road is a mere 400m-stroll from Penang Adventist Hospital, 1.5km from Gleneagles Penang hospital, 1.6km from Island Hospital, 2.1km from Loh Guan Lye Specialists Centre and 2.7km from Mt Miriam Cancer Hospital, just to name the popular ones. There are more than 10 medical centres large and small in a 3km radius of Pulau Tikus.

Halaman Pulau Tikus management corporation chairman Khoo Boo Eng said his block had become the haunt of medical tourists looking for a place to stay while seeking treatment here since several years ago.

“Under the Town and Country Planning Act, this is not allowed. Residential properties cannot be used for short-stay rentals. We have told the operators to stop but we don’t have the power to enforce it,” he said. 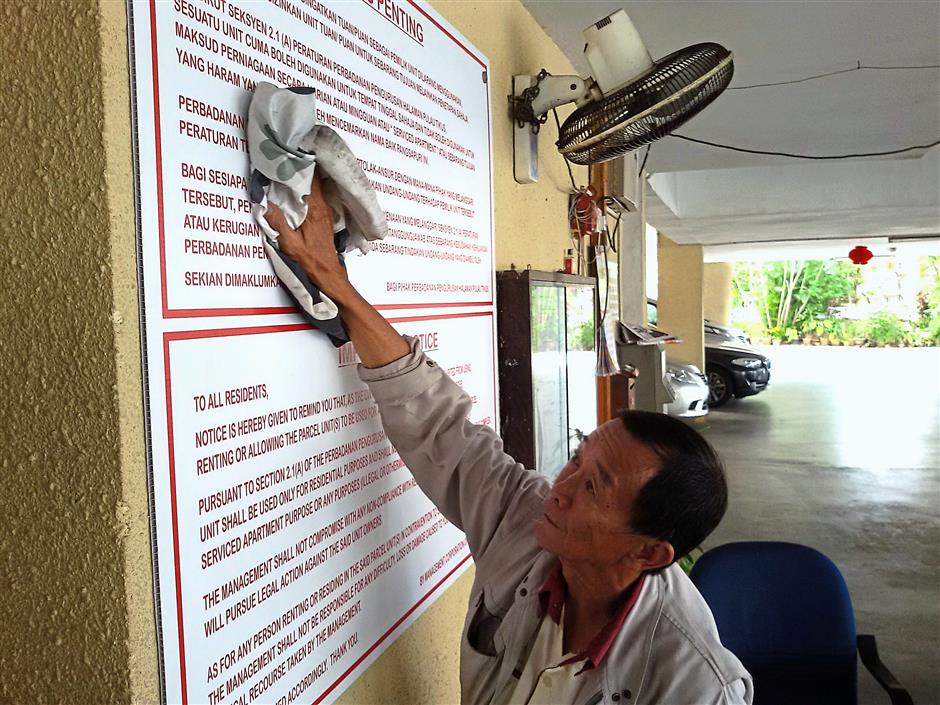 He said he had seen medical tourists arrive who were truly sick.

“They shouldn’t be allowed to stay in our residential area. Some of my neighbours are worried that if they had contagious diseases, we would all be at risk.”

Even discounting the contagion risk, the heavy flow of people places a strain on the building’s facilities.

Ooi said he counted six units in his block which had been converted to homestay apartments, and they were enough to draw about 300 medical tourists and their families every month.

“This block was never built for that kind of people traffic. So our only elevator and the remote controlled gate spoils frequently,” Ooi said.

All the building supervisor can do for now is instruct the security guards to record every patient and their family members that “check in”.

At least knowing who is walking in and out will give a measure of security for the permanent residents, Ooi said.

Medical tourism is a multi-million ringgit deal in Penang. According to the Malaysian Health Travel Council, about 60% of all medical tourists coming to Malaysia make a beeline to Penang.

“In 2014, the hospitals accrued RM370mil in revenue. In 2015, it went up to RM390mil. Our private hospitals are expanding both physically and technologically.

“But yes, there is an urgent need for auxiliary amenities such as hotels. We encourage hotels near hospitals to cater to the needs of medical tourists,” said state Tourism Committee chairman Danny Law in an interview.

In one 300-unit condominium block next to Gurney Plaza, a popular mall, an estimated 100 units were available for short-term rentals in 2011. 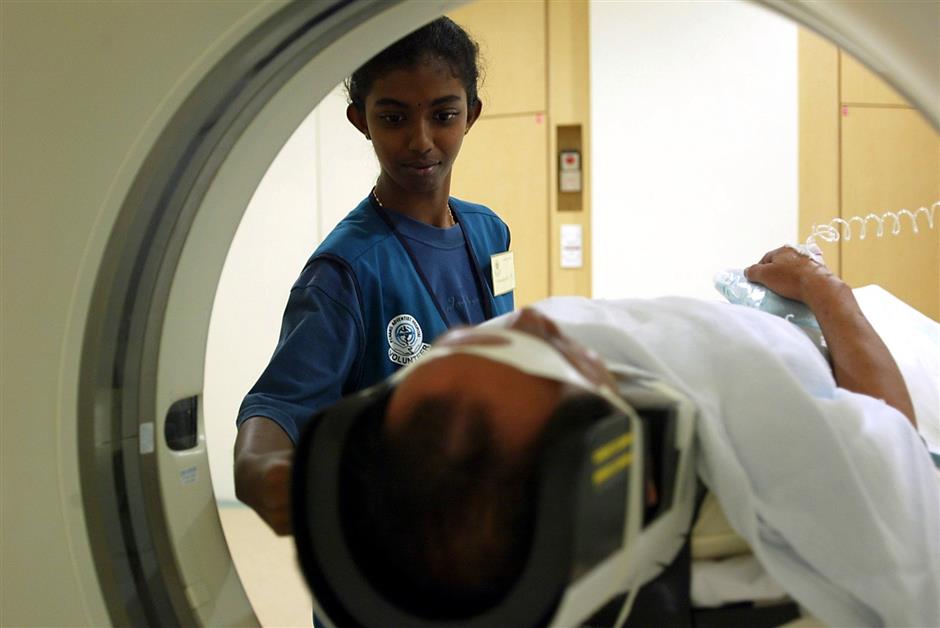 Medical tourism is a multi-million ringgit industry in Penang. Photo: The Star

A check on airbnb.com, an online marketplace for people to list “unique accommodations”, shows several thousand apartments and landed homes in Penang converted into short-term homestays. Those near hospitals make the point known clearly.

Based on the reams of reviews on some of these unlicensed homestays, their value-added services and personal touch could put the concierge teams of the best hotels to shame.

An Indonesian blog, bayi-tabung.com, has a section with almost 2,000 words to guide women on how to get to Lam Wah Ee Hospital in Penang for fertility treatment.

Because it can take some time before a woman can be artificially impregnated, such patients would need to stay in Penang for many days or even weeks and the section recommends apartment hosts reputed for good service, including supplying medical tourists with smartphones with Malaysian numbers so that they can make cheaper local calls.

The medical tourist, said a manager in one hospital who declined to be named, is not the same as the holiday maker.

“They don’t want five-star accommodation with international restaurants, swimming pools and a spa to enjoy in.

“They arrive in Penang with the need for medical attention so they are in no mood for vacationing. And the hospital bill can be hefty. So medical tourists don’t want to spend on luxurious accommodations,” said the manager.

She revealed that one private hospital in Penang had bought all the units in a small, nearby apartment block as free accommodation for patients who need extended treatment but do not have to be warded.

“The apartments allow their family members to stay with them to provide care. Since they don’t need to be warded, this also frees up hospital beds for patients who truly need them.

“But the supply is not enough. We are aware that our foreign patients can be a disruptive presence for our neighbourhood but there is nothing we can do about it unless new hotels tailored for medical tourists are built,” she added.

The obstable is space. The solution is the creation of more hotels in the Pulau Tikus area.

In the case of Pulau Tikus, this suburb is originally started by Siamese and Burmese settlers back in the 1800s.

To protect this upper-middle class area from turning into a development madhouse, the local authority has strict control over its streetscape.

Along the main roads here, any developer wanting to build above five floors have to set their land back at least 30m. This means they have to surrender a thick swath of land fronting the main road to the government and this will be used to build service roads, parking space and so on.

And so the unique line of decades-old shophouses and terraced homes here are preserved because nobody wants to tear them down to build much needed hotels and give land to the government.

There seems to be only one chance for Penang to entrench its position as a medical centre with a global market.

Measuring 930ha and 566ha when reclaimed, these two islands will be used to fund the Penang Transport Master Plan – new roads and public transportation modes to cater to the state’s growth for the next 50 years and beyond.

To give an indication, those islands together are equal to 1,863 Fifa World Cup football fields, space that Penang desperately needs to stay on top of its game.

Such setups are already common in developed countries, particularly in the United States, which even has a hospital in Disneyland, Florida, called Celebration Health that seamlessly melds holidays with hospital services.

“Penang tourism has gone through many phases. Long ago, we were famous for our isolated beaches. Until now, we have our reputation for good food and we are also enjoying the benefits of being a global heritage and culture site.

“To stay competitive globally, we must also strengthen our offering as a world-class medical destination and we can designate a portion of the reclaimed islands as a dedicated medical tourism hub,” Chow said.