Harry Styles arrives for the screening of the film 'Don't Worry Darling' presented out of competition as part of the 79th Venice International Film Festival. Photo: AFP

Harry Styles will never be just a singer-songwriter, he's now an actor and a fashion powerhouse as well.

The film had its buzzy world premiere at the Venice International Film Festival on Monday (Sept 5), taking the internet and the world by storm with behind-the-scenes controversies and most of all, fashion.

Read more: Serena Williams retired from tennis, but her influence in fashion is forever

"(Styles' fashion) always got this kind of retro bit camp vibe. He loves the big collar, the tinted shades, lots and lots of Gucci," Jordan said.

In 2018, Styles began to build his personal style and brand by becoming one of the ambassadors for the Italian fashion house Gucci. Styles has worn the brand in several editorial campaigns but more noteworthy was the outfit he sported for the November 2020 Vogue cover. 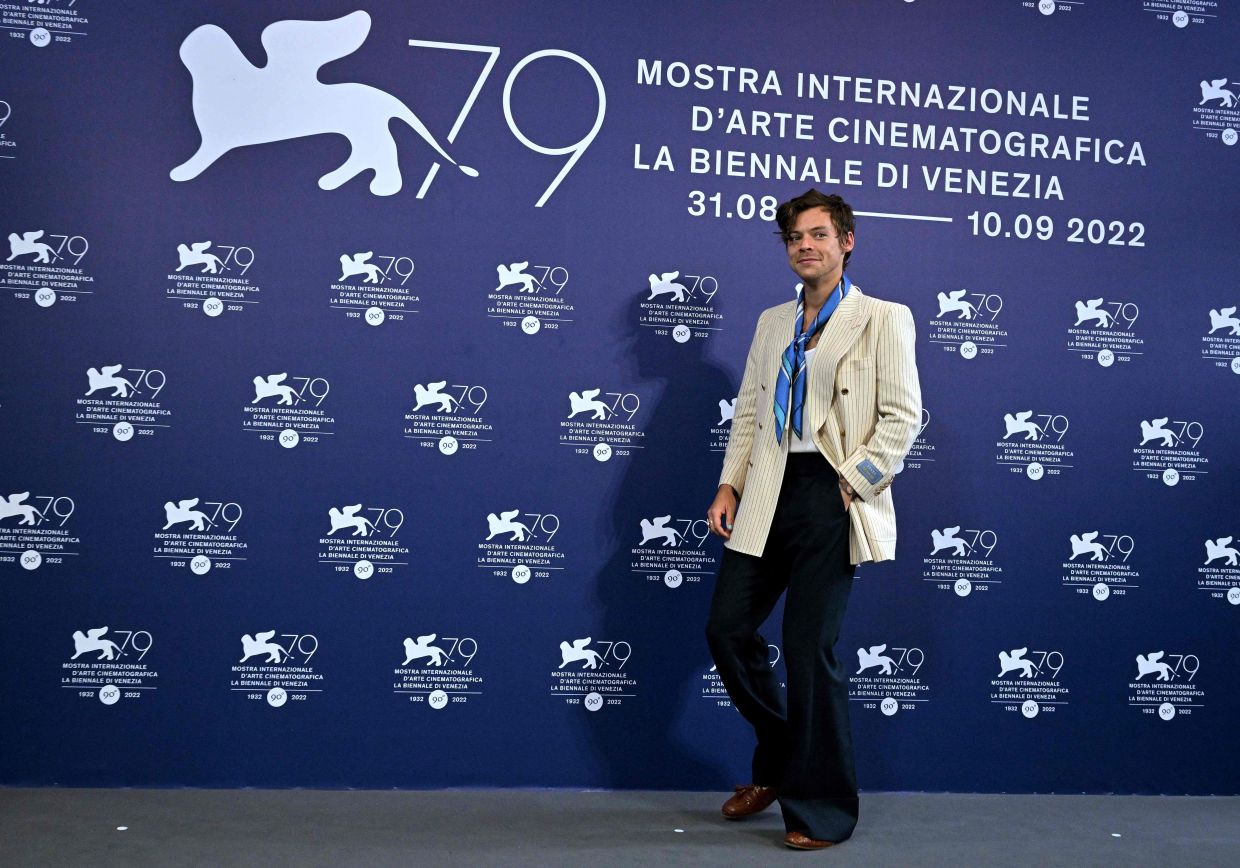 Harry Styles has grown to become some sort of a fashion icon. Photo: AFP

The highly talked about cover depicted Styles in an open green field under clear skies and dressed in Gucci's Alessandro Michele-designed blue design that was lined with black lace for a pop of contrast, multiple ruffled tiers and to top it all off – a classic black blazer.

Since his transition from member of a boy band to a solo artiste with multiple bestselling albums, he has become synonymous with a flamboyant signature look – a colourful array of oversized 70s-inspired three-piece suits and jumpsuits with flared bellbottoms and an occasional feather boa, mimicking the likes of Elton John. Each outfit for his "Love On Tour 2022”, which currently includes an impressive 15-day residency at New York's Madison Square Garden, sparks a pattern – literally.

Exclusively dressed in Gucci every night, Styles has worn a different pattern-filled two-piece jumpsuit ranging from stripes to dots, all in different colours like bright hues of red, pink, blue and yellow.

If there is a takeaway from Styles' personal wardrobe evolution, it is that it's personal, eclectic and most of all, fun.

Loafers are in fashion, even Hailey Bieber and Kendall Jenner embraced the trend