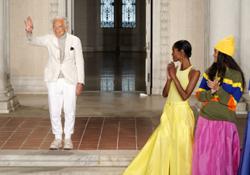 Seen at the Met Gala this week was a flowy dress with a cape featuring the New York City skyline. The Ralph Lauren design appeared on the red carpet worn by singer-songwriter Alicia Keys.

It is now the subject of a huge controversy. Social media users have accused the American designer of "copying" New York-based, Malaysia-born designer Datuk Zang Toi.

Met Gala 101: Who gets to go and how much does an invite cost?

Who made Datuk Seri Vida's lavish costumes for the 'Ku Ikhlaskan' video? 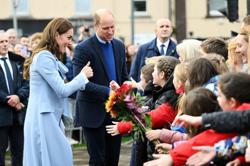