No whey! Can you actually make T-shirts out of milk?

A Los Angeles-based startup that upcycles unused milk into sustainable clothing is in talks with leading dairy companies in China over strategic partnerships, said the company’s founder and chief executive.

Mi Terro’s Robert Luo said he is discussing investment with dominant firms in the Chinese dairy market, where the startup sources its raw materials.

Since the launch in June 2019 of its T-shirts made using fabric produced from excess milk, Mi Terro has generated more than US$100,000 (RM427,350) in revenue from online sales to customers in more than 40 countries, Luo said.

Read more: Your next new pair of sneakers could be made out of... apples?

Mi Terro is one of many small fashion brands tapping consumers’ growing desire to direct their purchases toward companies operating sustainably, in an industry that has been dogged by concerns around waste and over-production.

Small and medium sized companies make up roughly half of the fashion industry, and are well-placed to innovate in sustainability, according to a 2019 white paper led by the Centre for Sustainable Fashion.

Luo’s inspiration came not from clothing waste but from food. On a visit to his uncle’s dairy farm in China, he saw "buckets and buckets” of spoiled milk going unused.

”I realized it’s a huge problem that we just don’t talk about enough, ” he said. When he returned to the US, he worked with a childhood friend with a background in material science and chemistry to find a use for the waste.

After three months of researching they started to work out a solution that can extract the casein protein from the milk and spin it into fibre. The fats are removed from the milk before de-watering it to become powdered milk.

Proteins are then isolated and solidified into fibers which are stretched and spun into yarn that is ready to be used in making clothing. 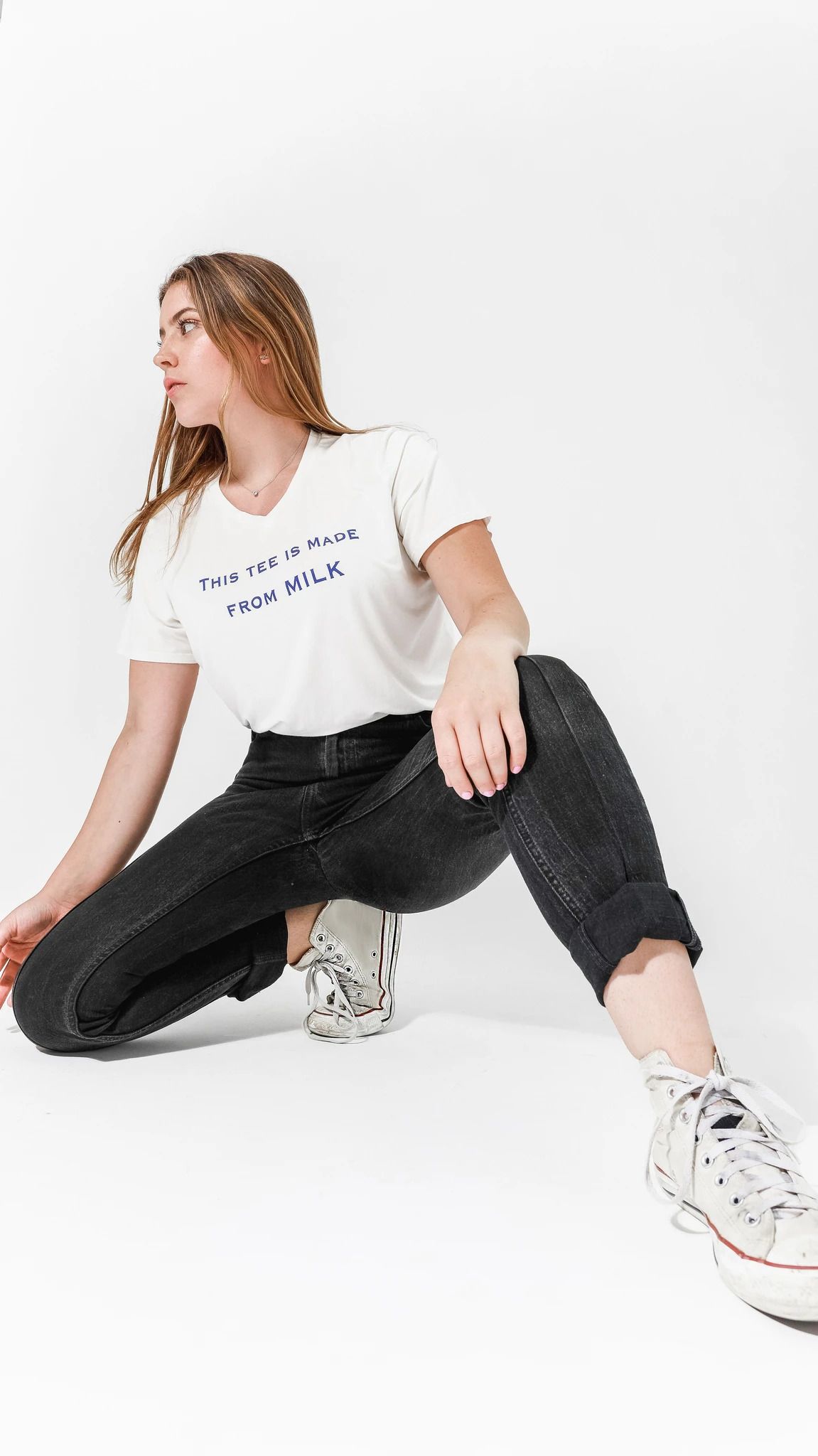 Mi Terro intends to launch in China on June 18 and Japan in the next two months. It has signed letters of interest with several big high-street fashion brands but needs both strategic and financial support to scale up its capacity to keep up with the demand, Luo said.

In 2019, the company launched two Kickstarter campaigns that rapidly hit their funding goals, and counts startup accelerator Lair East Labs among its backers. Mi Terro is now in the process of raising US$800,000 (RM3.4 million) in fresh funding, Luo said, ideally from strategic partners in China and globally.

Investments in apparel and footwear by venture capital rose from US$43.5 million (RM186 million) in 2007 to US$560.6 million (RM2.4 billion) in 2017, according to a report last year by McKinsey and Business Of Fashion.

The startup is preparing to expand its food waste innovation beyond fashion. It is working on new technology that will help dairy makers recycle whey waste into biodegradable food packaging film, Luo said.

He expects its business model to gradually shift away from selling directly to consumers. Mi Terro is looking to license its technologies in the near future and is in the process of applying for patents in China, he said. – Bloomberg

Surprise! These chic and gorgeous swimwear are also eco-friendly

Your next new pair of sneakers could be made out of... apples?