Who would have thought that Carven Ong started out teaching fashion? That was his first job 31 years ago. But from there, the man has managed to capture the attention of fashion lovers in Malaysia as a designer.

He has had his creations featured in the 2018 Hollywood hit Crazy Rich Asians. He was also put under the spotlight when his design became part of a big drama on the Miss Universe pageant stage last year.

From ready-to-wear to couture, Ong has done it all. His legacy is a testament to how fashion designers can transcend fashion’s fickleness, if they are able to embrace change and evolve with the times.

“I enjoy what I’m doing. That’s how I stay relevant. Everyday is a new adventure for me and I do whatever I can to keep up with trends, ” he says.

Whether he is a fashion designer, lecturer, couturier or entrepreneur, Ong has blazed the trail in the Malaysian fashion industry by turning his passion into a lifetime career.

“Without passion, I would not be who I am today, and I hope to bring my work and business further with this love for all things beautiful, elegant and stylish, ” he enthuses.

The 52-year-old self-driven designer was born and raised in Taiping, Perak. His signature look that he is famed for? Beautiful, glamorous and dazzling evening gowns in gorgeous colours.

Of course, he has his own ready-to-wear line as well. But he still prefers designing dresses that can really make a statement, for he likes the “challenge of couture”.

“Feminine, classic and comfortable. That’s my aesthetic, ” Ong relates. “I absolutely love evening gowns. They work wonderfully for occasions where you want to really stand out.” 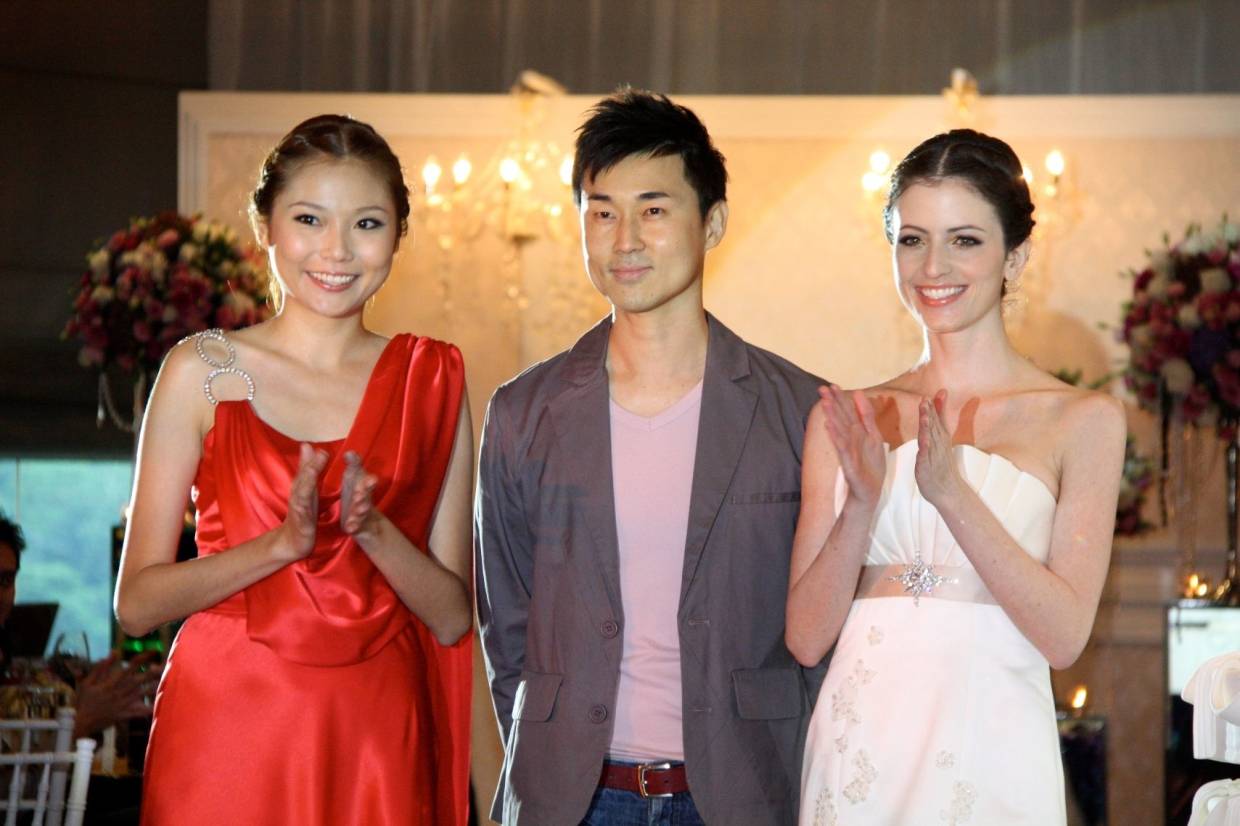 A 2012 photo of Ong with his models. His experience in fashion has span decades.

In 2018, Ong made headlines when his creations were featured in Crazy Rich Asians. The dresses he designed shone alongside big labels like Dior, Elie Saab, Ralph & Russo, Alexander McQueen and Valentino.

Ong made the country proud with his designs appearing in the film that centres on the lives of the super rich in Singapore. Although a handful of other Malaysian designers also had their designs worn in the film, his creations took centrestage.

It was Ong who created the unforgettable wedding gown worn by Araminta Lee (played by Sonoya Mizuno). He was recruited by costume designer Mary Vogt to bring various other designs to life.

Ong designed the gold jumpsuit worn by Araminta at her bachelorette party in the film. It apparently took him only a week to design and produce the dazzling, sleek piece.

“When I was first contacted, I had no idea that it was going to be such a huge thing. I never knew the book. I wasn’t even aware that it was a Hollywood production. I thought it was just someone looking to loan some dresses, ” he reveals.

“It was a very good experience for me. The schedule was very, very tight, but somehow I managed to complete everything. I created a total of nine outfits for the film.”

More recently, Ong designed the national costume for Miss Universe Malaysia 2019, Shweta Sekhon. The misstep by the pageant organisers (in wrongly announcing Malaysia as winning the Best National Costume) helped put it in the spotlight.

At the finals in Atlanta, Georgia, the organisers announced that Shweta won the award on its official Twitter account. The tweet was later deleted and Miss Philippines was named the rightful winner.

“I have designed for pageants before, but I wanted to do something that others in Malaysia have not done previously. So I looked to the Peranakan for inspiration, drawing from their culture, ” Ong says.

“The thought of winning never entered my mind at all. I just wanted to create a beautiful dress that’s interesting. At the same time, I wanted to show off a part of our country’s culture.” 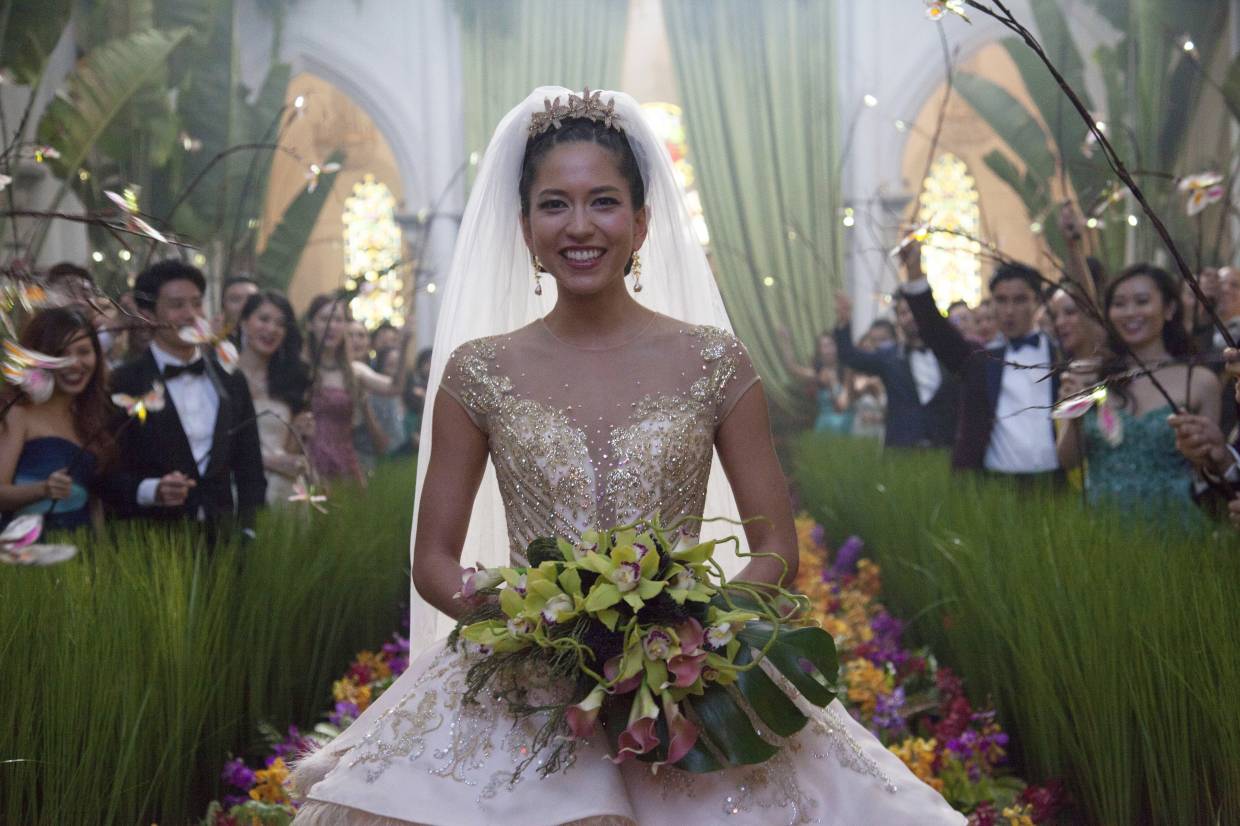 Ong helped create some of 'Crazy Rich Asians' sumptuous outfits. Shown here is the wedding dress in a titular scene from the film.

All that said, Ong’s first foray into fashion was actually to teach. He says that he took things at a pace he was comfortable with, gaining experience before venturing out as a designer.

In 1988, after enrolling in a fashion course in Ipoh, he was asked to be a lecturer. Thereon, he spent several years instructing and guiding other students on the art of creating beautiful dresses.

He then started his very own fashion academy in 1992. The Carven Ong Academy Of Fashion ran until 2010. Starting his own label only came later in his career. His ready-to-wear business was only founded in 1996.

“Moda (Malaysian Official Designers Association) was the one who first gave me a space to sell my ready-to-wear. Located at Sogo, KL, the outlet carried the designs from 11 young designers.”

It then took another nine years before he started his own couture boutique in 2005. So you could say that doing things slow and steady is Ong’s secret to success and staying power.

“I like drawing ever since I was young, but my family wasn’t so keen on me being a fashion designer. I had to work hard to support myself while I studied fashion, ” he says, about his past.

According to Ong, being a fashion designer was not seen as a valid career back then. There was also not much support given to aspiring designers when he started out. So, he had to go the extra mile to pursue his passion.

He looks up to other Malaysian designers like Sonny San and Edmund Ser. These veteran names (who are his contemporaries) have successfully captured the local ready-to-wear market for the longest time. 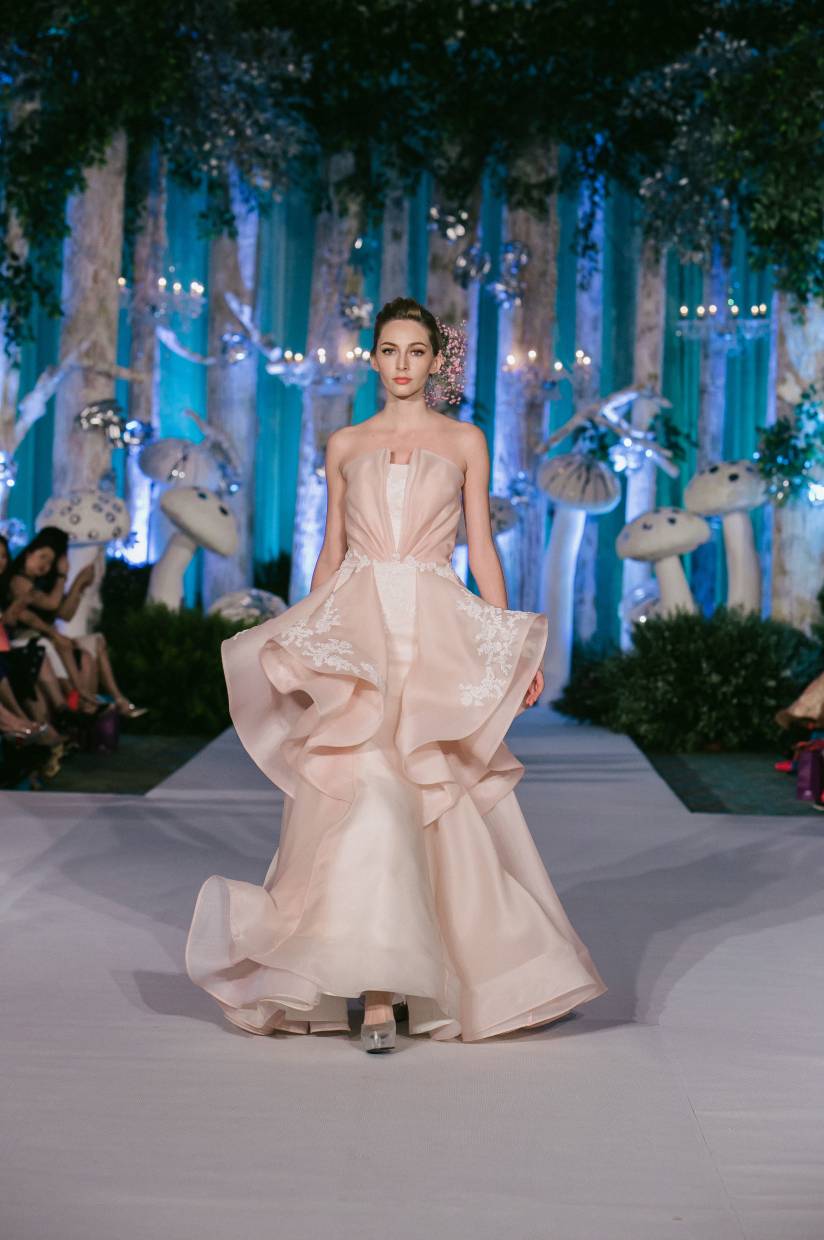 Whether he is a fashion designer, lecturer, couturier or entrepreneur, Ong has blazed the trail in the Malaysian fashion industry by turning his passion into a lifetime career.Ong has dressed countless celebrities and his customers are also among Malaysia’s high society. Yet, he still loves designing for the everyday woman and does not believe in adhering to an ideal body type in his creations.

Ong is not afraid to push boundaries. He has always championed for inclusivity; designing for women of all shapes and sizes is something he takes in his stride.

At his boutique at The Intermark in Kuala Lumpur, Ong offers both custom-designed evening and bridalwear. His ready-to-wear collections can be found in several department stores.

He believes that designers should always learn to manage their own business. His advice to young talents is to start with ready-to-wear first, as couture requires a deft hand at dressmaking.

“You can’t say that you only like designing. You have to know how to sew too, for example. You have to pick up the skill in order for you to successfully create a dress, or instruct someone to do it for you.”

Ong, who will be presenting at the upcoming Mercedes-Benz Fashion Week Kuala Lumpur 2020 in April, also thinks that the industry has changed a lot over the years. Designers really have to do everything they can to keep up.

“I’m still learning. You would think that I’m at a level where I can do everything. But no, I have to admit that it is, and always will be, a learning process for me. That’s how fashion is.” 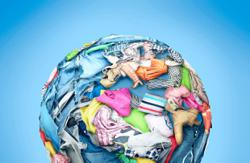 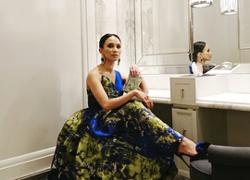