Fans of Louis Vuitton are in for a treat. The fashion house will be bringing its "Time Capsule" exhibition to Kuala Lumpur.

From July 7 to 28, the exhibits offer a visual journey through the history of Louis Vuitton that revisits its landmark innovations in technology and design.

From its beginnings in 1854 to the present day, the story will be told using rare and celebrated objects selected from the archive.

The exhibition will also demonstrate the ways in which Louis Vuitton has anticipated changing needs and desires over the last 160 years.

When he was only sixteen years old, the founder, Louis Vuitton, made a decision that would not only change his own life but the lives of his sons and future generations: he would become a trunk-master.

It was in 1837 that a 16-year-old Vuitton arrived in Paris by foot and started apprenticing for a successful box-maker and packer named Monsieur Marechal.

At the time, horse-drawn carriages, boats and trains were the main modes of transportation, and baggage was handled roughly. Travellers thus called upon craftsmen to pack and protect their individual objects.

Vuitton quickly became a valued craftsman at the Parisian atelier. These were the roots of his highly specialised trade that called upon skills to custom design boxes and, later, trunks according to clients’ wishes.

Vuitton stayed for 17 years before opening his own workshop at 4 Rue Neuve-des-Capucines near the Place Vendome. It later led to the 1859 opening of his atelier in Asnieres.

The original atelier has been expanded throughout the decades—including the addition of the Vuitton family residence – but it is still where products are crafted today.

While the family home has been preserved and is part of a private museum, 170 craftsmen work in the Asnieres workshop, designing and creating leather goods and special orders for clients around the world.

Faithful to its heritage, the Louis Vuitton brand has opened its doors to architects, artists and designers across the years, all the while developing disciplines such as ready-to-wear, shoes, accessories, watches, jewellery, and fragrance. 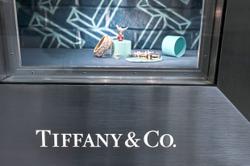 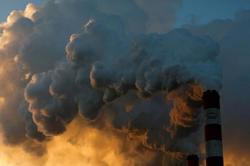