With a tagline “The New Batik”, Fern Chua's designs for women are seen as softer and subtler in its approach to the traditional art form. Photo: The Star/Yap Chee Hong

There is no doubt about it, traditional batik is indeed beautiful. Yet, there is also a certain appeal to the new, trendy batikwear that younger designers are coming up with these days.

Take for instance, 32-year-old Fern Chua. With a tagline “The New Batik”, her eponymous label’s designs for women are seen as softer and subtler in its approach to the traditional art form.

Her offerings include chic wraps, pareos and kimonos that are easy to wear. She experiments with less conventional batik prints too, of which are hand painted by artisans at her workshop in Rawang.

“For my silhouettes, I like to include little details that will make them more interesting. I love playing with versatile cuts – this is our main signature,” Johor Baru-born Chua states.

“I combine colours and patterns that are more in-trend. The ruffles you see on some of the pieces, or the broader collars and special necklines, are also something uncommon in the batik market.”

When it comes to the technique involved in producing her batik, Chua says that she likes to experiment. She utilises brushes, sea salt and sponges to create the patterns, instead of just the usual tjanting tool. 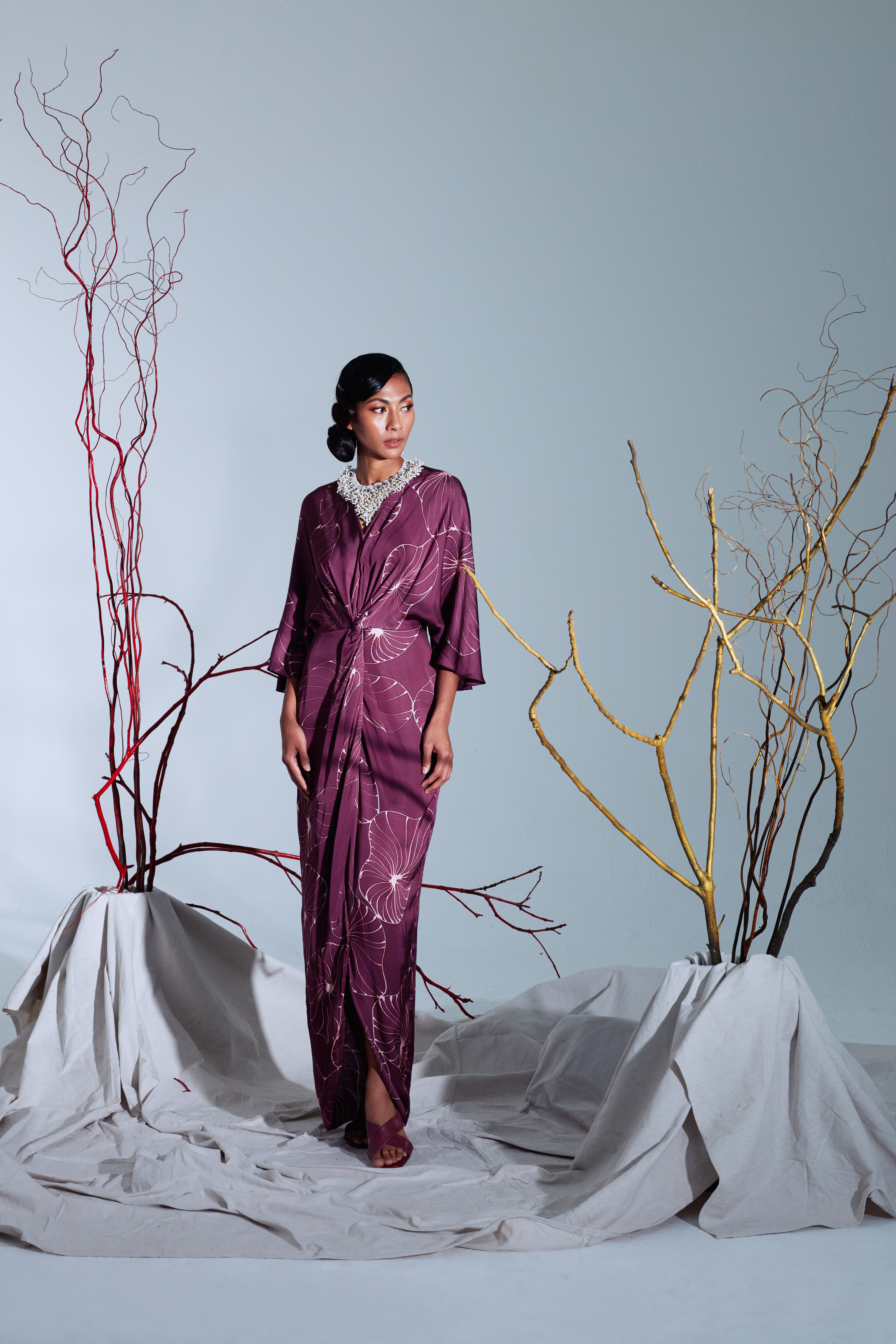 As it is, she uses only natural fabrics. These are sourced mostly from Japan, where they are produced in an environmentally-friendly manner. Everything else is created in-house.

“I first discovered batik after a life-changing car accident. My left hand was paralysed and it was hard for me to do much. It was at that time that I discovered batik painting,” Chua relates.

“Initially, I started practicing it as a ‘healing process’ for my injury, but later on, I quickly became enamoured by the art form. Although, I’ve always been drawn to the diverse textiles we have here in Malaysia,” she adds.

According to Chua, it has been challenging as a self-taught designer. Nevertheless, she thinks that the experience is worthwhile. She is also more than willing to teach others who would want to learn the trade.

Chua is working with the British Council and Institut Kraf Negara to spread awareness about batik. She is involved with numerous workshops that give insight to students on her work.

“I find joy in educating young designers who are new. I wish I had someone guiding me when I first started out. It can be a difficult industry to be alone in, especially at the beginning,” she points out.

On the subject of old versus new, Chua says her label aims to offer unique batikwear that will appeal to all Malaysians. She hopes that her contemporary prints can win over those who are not fans of batik.

“The batik art form has been around for a long time. Batik in itself is very diverse and has evolved over time. I believe that these details and my take on making batik more contemporary is what my customers seek.”

Chua’s latest collection looks to life under the sea as an inspiration. Named Coral Series, it draws from nature’s diverse colour palettes and magical geometries – all found within the shorelines of Malaysia.

“I went for a diving excursion at Perhentian Islands as part of the research process. It gave me an opportunity to have closer look at the different corals, as well their natural habitat and ecosystem,” she explains.

“It was such a rewarding experience. I’ve even gotten involved with the Perhentian Marin Research Station after the trip. Part of our sales will be donated to the project to keep protecting marine life.”

Chua’s past collections drew from the earth’s beauty as well. The Ginkgo Series for example, was inspired by a trip to Japan during autumn. There is also the Wilderness Series that brings to mind a picturesque rural countryside.

It is probably the same idea of diversity that has kept Chua enthralled with batik. She sees the fabrics she hand paints as uniquely beautiful – sort of like grand pieces of art.

“The variance, which in some instances can be very visible, appeals to me. That is what makes it truly beautiful. You can see a person’s heart and soul being put into a hand-painted batik,” she states. 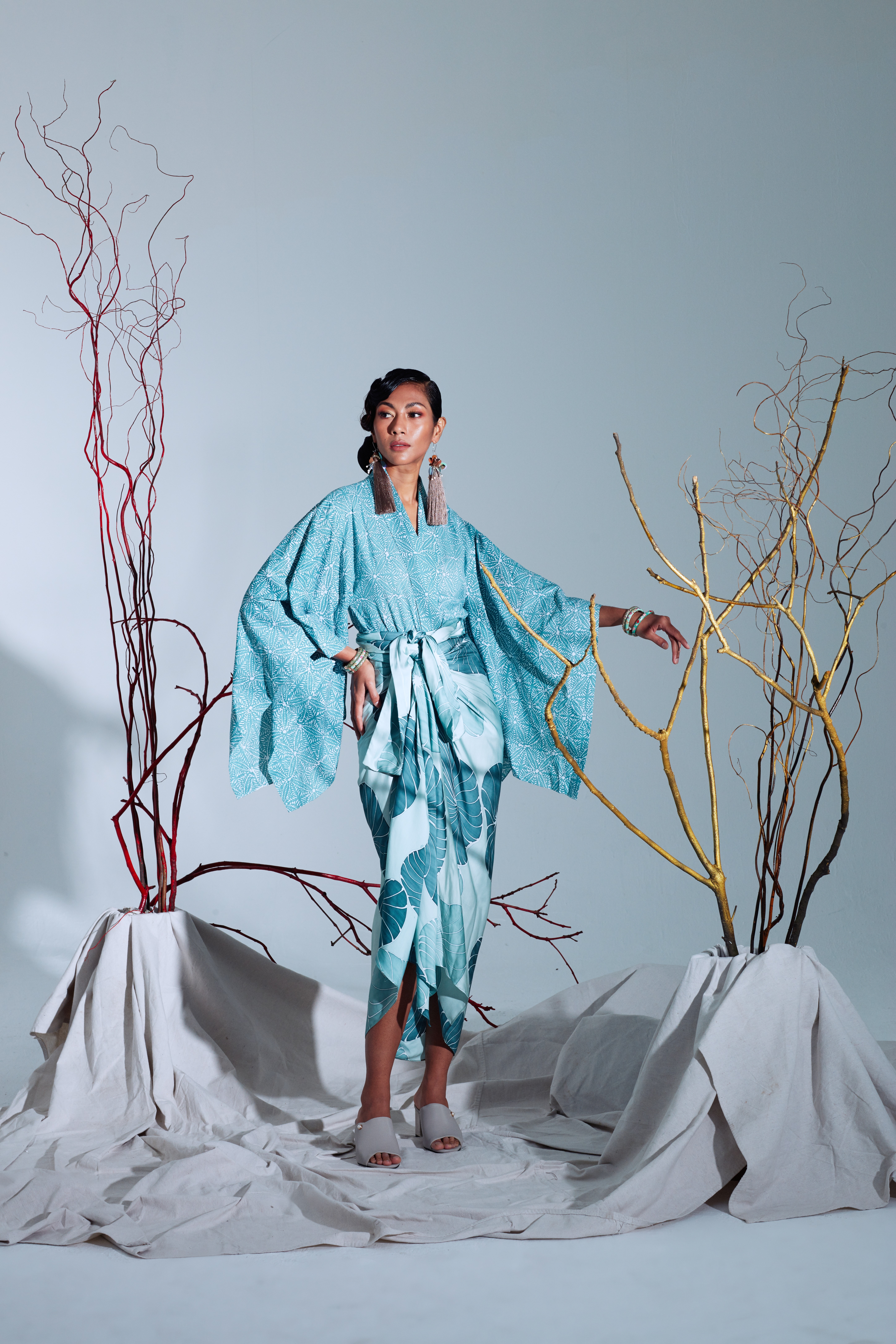 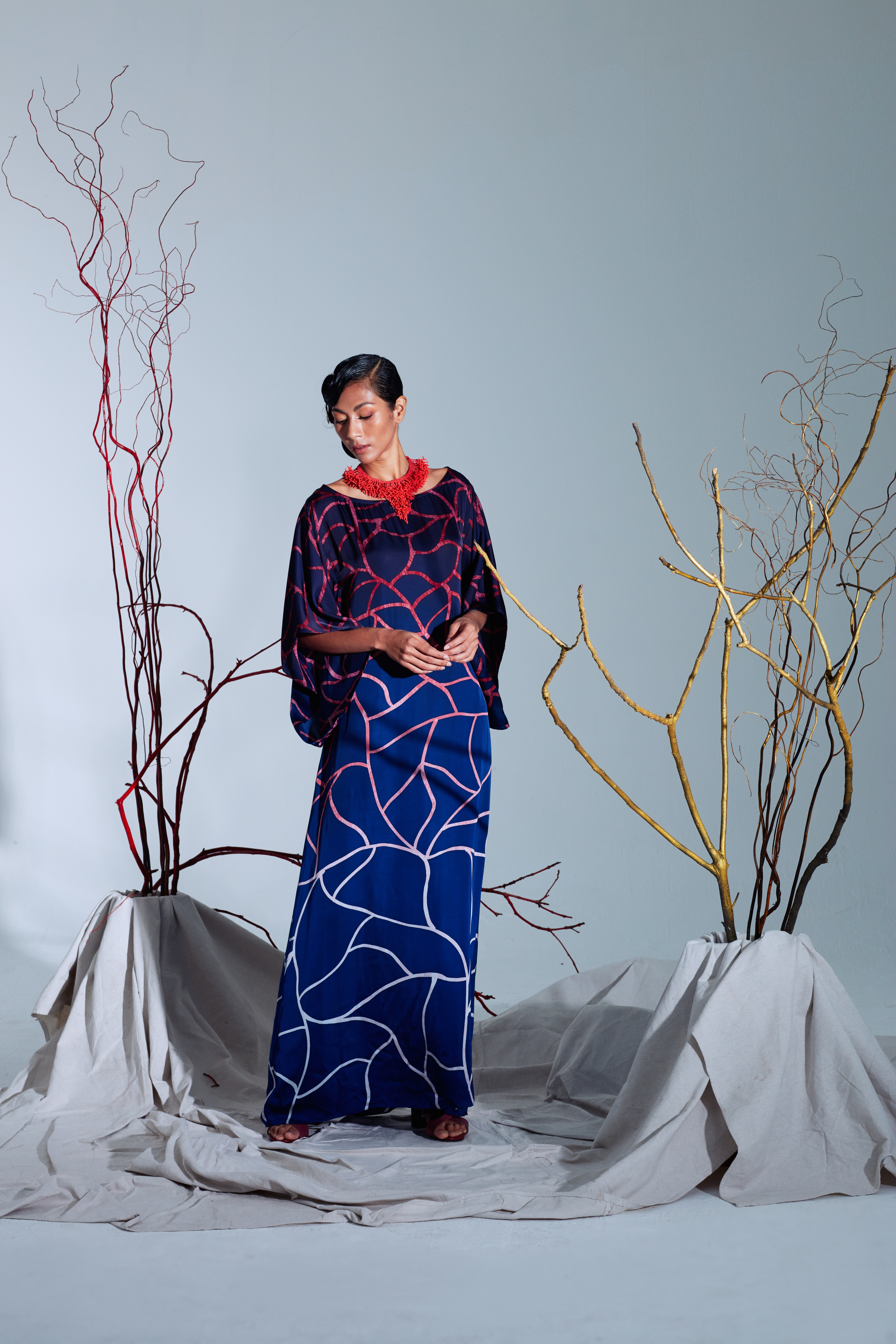