Why did Samantha Katie James throw a shoe at actor Fattah Amin? 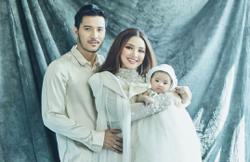 Samantha Katie James has had a whirlwind month. First, the Miss Malaysia/Universe 2017 organisation committee unveiled a nasi lemak-inspired national costume that James will be wearing for the Miss Universe pageant in Las Vegas in the United States.

The creation by designer Brian Khoo featured nasi lemak elements like sambal, cucumber and egg beaded onto a white flowy dress. Images of James in the nasi lemak dress became a much talked-about issue nationwide. There were some who praised the bold approach and of course, others were not so kind with their remarks.

James has no problems with the negative criticism. “Who would ever think of using food as an inspiration for a dress? People would be afraid to do so. I’m so proud of the dress. It’s amazing and creative,” the Chinese-Brazilian beauty said in a recent interview.

She added: “I feel that the nasi lemak dress is very me. Bad or good, it’s still publicity. So (the negative criticism) doesn’t affect me at all. If anything, I know how Miss Universe (pageant) works and this dress will help me stand out.”

The 22-year-old can be seen in Astro First’s telemovie Wanita Terindah which also stars Fazura and Fattah Amin. On the show, James plays Melissa, a model who is in a relationship with Fahim (Fattah). However, when he refuses to marry her, the couple decides to call it quits.

But this is not her first foray into acting; James has acted in Kastil Tua, a local horror movie. She has even shot a Mandarin-language film in China.

1. Talk to us about being in Wanita Terindah. What made you decide to take up the role?

When I was approached to do Wanita Terindah, I thought why not? I’ve always loved acting. Initially, I was not confident about doing a Malay-speaking role. I would have to go through my lines a lot just to get them to sound right.

People will be surprised to hear me speak Malay in Wanita Terindah because I guess a lot of people assume I can’t.

I love to try everything. I’m curious. I’ve even done a Mandarin film called Huang that was only released in China. Nobody speaks English in the production and there was one translator who helped me with the script.

2. Do you have any memorable moments from filming Wanita Terindah?

There is a scene where I have to throw a shoe at Fattah and it was not supposed to hit him. However, during one of the takes, when I threw the shoe, it actually hit him!

The shoe was really heavy, so I felt bad. I kept apologising for hurting him. But, he was nice about it. After that, we just continued filming. Too bad they didn’t use that take in the final cut because I thought it was the best one!

Fattah Amin and Samantha Katie James play lovers who then turn on each other in Wanita Terindah. Photo: Astro First

3. You got to punch him as well for a scene. What was that like?

That was unexpected. I’ve never punched anyone in my life. That (scene) kinda shows the real side of me (laughs)!

4. The Miss Universe 2017 pageant will take place in Las Vegas on Nov 26. How are you feeling as the big day approaches?

Amazing! I was crowned in February this year and I’ve been preparing for the competition. One of the things I do is I meditate a lot. And I watch Tony Robbins videos every night before I go to bed to keep myself motivated. Oh, I can’t wait. I want to experience the event as soon as possible. Take me, I’m ready!

5. Do you hope to pursue acting further after the pageant is over?

I really want to break into the entertainment industry in the United States. Hollywood is my aim. As for now, I’m going to focus on the pageant as it is a great platform to speak up on issues that matter.

I want to change the perception that pageants are just about beauty. They’re more than that as they give women the chance to voice out their feelings on issues such as bullying or body image. It can also empower others to believe in themselves.

Why did Samantha Katie James throw a shoe at actor Fattah Amin? 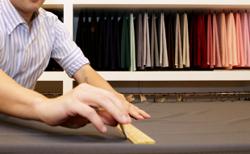