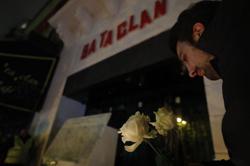 Delved deeper into the world of vermouth on World Vermouth Day this coming Monday. – Photo: Handout

One year ago on March 21, we celebrated the first ever World Vermouth Day. Started by renowned bartender Giancarlo Mancino, it was a day to “celebrate vermouth in all its forms, without barriers. Vermouth from every country, colour and flavour, each with its own productive method”.

Having already written before about vermouth and what it is, this year, I got the chance to delve deeper into the subject with the help of Murray Anderson, the brand ambassador for Cucielo Vermouth.

But first, a recap. In the most simple terms, vermouth (pronounced ‘ver-mooth’) is an aromatised, fortified wine flavoured with botanicals. But what exactly makes a vermouth a vermouth? Is there one ingredient a vermouth cannot do without?

“Vermouth MUST include wormwood. It’s similar to what juniper is to gin.” says Anderson, referring to the herb for which vermouth is named after (Vermouth is the French pronunciation of the German word 'Wermut' for wormwood).

Wormwood (Artemisia absinthium) has traditionally been used for medicinal purposes. In fact, the very first ‘modern’ vermouth, which was said to have been created in 1786 by Italian merchant Antonio Benedetto Carpano, was produced as a medicinal product to treat stomach ailments.

Wormwood isn’t the only ingredient in vermouth, of course, and Anderson breaks down the term ‘aromatised fortified wine’ further.

“The aromatised part comes from the botanical infusion created. This is your blend of herbs and botanicals that infuse in neutral alcohol to extract their flavour,” he said.

“The fortified part comes from the addition of this alcohol and some sugar. This increases the alcoholic percentage and thus, creates fortified wine. The infusion is then added to your wine base, which creates your vermouth!”

There are three main styles of vermouth, depending on sweetness level – sweet (Rosso), semi-sweet (Bianco), and dry (Secco), which is the least sweet of the three.

According to Anderson, blanco vermouth can be drunk straight or on the rocks as an aperitif, or made into low ABV cocktails. In fact, most vermouth can also be drunk on their own, he added.

“Vermouth is incredibly versatile and perfectly balanced. A lot of people like to keep their drinks low ABV, and for that reason, like to drink it over ice, or with tonic water. It can be used in classic cocktails like the Manhattan, the Negroni, or in Spritz drinks too!” he said.

“There is a beautiful spritz cocktail we make with Cucielo Bianco called Cinque 7, which is mixed with prosecco, bitters and soda.” The Cinque 7 is a refreshing low ABV drink that combines blanco vermouth with prosecco. – HandoutDry vermouth is an essential ingredient in the Martini – a Dry Martini is usually made with two parts or more gin and one part dry vermouth, though the amount of dry vermouth used in a Martini will vary depending on how “wet’’ or “dry” you want it to be – the less dry vermouth you use, the 'drier' the Martini.

It’s the same with other drinks – if you want a drier note to your cocktail, a little dry vermouth can help you achieve that effect.

Sweet vermouth, on the other hand, is red in colour and is also known as rosso, rojo or rouge, depending on the country of origin.

This is a richer, and yes, sweeter type of vermouth that pairs well with darker spirits like whisky and rum, or bolder flavours, which is why it is an essential ingredient in cocktails like the Negroni, Manhattan and Hanky Panky. (You can also make a 'Perfect Martini' or Perfect Manhattan by splitting the vermouth measure to include both dry and sweet vermouth).

Although vermouth can be made anywhere in the world, it is most commonly associated with France and Italy – French vermouth are usually known to be a drier style, while Italian vermouth is sweeter. However, these days, many artisanal vermouth producers like Dolin and Mancino tend to make all three styles of vermouth.

There are certain vermouth that are governed by stricter rules though – Anderson emphasises that Cucielo is not just an Italian vermouth, but a ‘Vermouth di Torino’, which is under a DOC appellation protected by European Union law in 2017.

For a Vermouth to be called a ‘Vermouth di Torino’, it must be an aromatised wine crafted in Piedmont using only Italian wines, fortified with alcohol, and have the predominant flavour of wormwood sourced from the Piedmont region in Northern Italy, together with other herbs and spices. The final bottle strength must be above 16% and be bottled in Piedmont.

Michael Cheang tends to run out of vermouth very quickly because of all the Martinis and Negronis he makes. Follow him on Facebook and Instagram (@MyTipsyTurvy).

All eyes on nice ice: Using the right ice can make a difference to your drinks 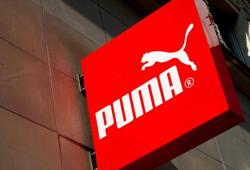 Europe could ban new diesel and petrol cars by 2035
What parents of left-handed kids should know
What are water squares and how can they help prevent urban flooding?
Japanese beer brewery makes jeans out of waste from the brewing process
Is a vegan diet healthy for your dog?
How colour interventions in urban spaces affect residents' wellbeing
Shorthand for scandal, from Watergate to Partygate
You don't need to water your plants every day, just thoroughly
Workplace: How to say ‘no’ to your boss politely
Malaysian author's first cookbook named world's best in street food category