Debate us raging about whether a rebranded Facebook will be an improvement as the social media giant looks for a new name to signal its transformation into a technology company. — Reuters

Reports are circulating that Facebook, everyone’s favourite social media platform, will be renaming itself. The new name? No one knows.

The rebranding is probably happening because of Facebook’s plans to break into the metaverse in a big way. If you’re not sure what the metaverse is, it’s the world of virtual everything. Think the virtual world of a video game but without the limits of a game. A virtual world where we all exist and go about our virtual business building things, mucking around, buying virtual goods.

Yep, that is the future Facebook is building up to. The metaverse where virtual life is theoretically better than the real world. Where virtual commerce is definitely better than real life because virtual goods are high margin ... but I digress.

Facebook’s name change is presumably a signal that the company is branching beyond social media and messaging. To be clear, I’m pretty certain Facebook, the actual app, is still going to be called Facebook. Instagram will still be Instagram and Messenger will still be Messenger.

It’s the parent company that will become whatever Facebook decides to rename itself as – possibly Book Face? Probably not. Just like Google renamed itself Alphabet to escape its search engine namesake, and that worked out. I mean, we all call Google Alphabet now, right?

The name change is also probably a way for Facebook to separate itself from its various missteps over the years, which includes everything from privacy concerns and selling data to third parties to supposedly prioritising getting views over its users’ mental and physical health.

To be fair, do any of us even care that the platform could be doing us harm? It’s like smoking – we’ve known about its dangers for a long time and still people do it. As for those brave souls who have proudly abandoned Facebook but still log into Instagram and WhatsApp, really, what was the point?

But Facebook, soon to be called who knows what, seems to have realised that keeping up as the top name in social media is a massive mountain that constantly has to be scaled anew. And not every new upstart can be acquired into its grasp or shamelessly copied and thus its user base stolen. (Hello, TikTok.)

Facebook has been pouring money into augmented and virtual reality for years, and recently it unveiled new smart glasses complete with a photo of CEO Mark Zuckerberg trying them on while pursing his lips – that might have been one of the most tone deaf moves the company has made in a while. Trotting out its much maligned CEO as a poster boy for its new product seems odd.

But smart glasses are small potatoes compared with the metaverse.

The metaverse is where we’ll be spending our free time in the future. And with it comes virtual everything. Virtual services, virtual ads, virtual goods. And the great part about all that virtual stuff is, it’s just data. Virtual shoes for your avatar are designed, and then there are no production costs, no shipping, no sales people, just those bits of data you pay for to have your avatar decked out in the metaverse. And humans being humans, I can definitely see us paying for virtual goods. We already do.

It’s easy to see why Facebook wants a piece of the metaverse. The economics are phenomenal. There’s an old quote, “software is eating the world”, well, the metaverse is simply the new world. That’s how big this could be. Facebook wants to lead the charge, and this renaming is its first step into becoming a technology company, not that social media platform your grandma uses.

But will it work?

The company hasn’t had much success with commercial products; the main way it makes money is by monetising its users who are stuck using its platforms, mostly because of the network effect. Namely, everyone else is on them. But can Facebook create a metaverse?

It’s hard to say. It definitely has the cash to make it happen – but does the public want it to succeed? Facebook is so controversial right now even its stock valuation is seen as depressed relative to other big tech companies like Google and Amazon. Facebook is a money printing machine so the only explanation for this is that people don’t want to invest in Facebook because of all its flaws.

But will people want to invest in a rebranded version of the social network turned visionary metaverse company, and will Facebook be so successful that eventually we will forget all about that silly social media start?

That remains to be seen.

No one can hide from the climate crisis, not even billionaires 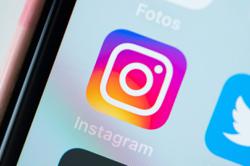 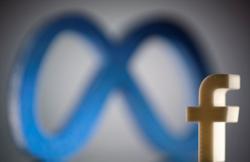