Tiger biologist calls for strict enforcement to save the Malayan tiger 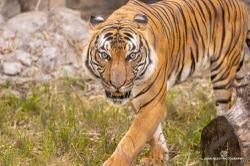 A tiger known as Bujang caught on a camera trap in Taman Negara, Pahang, in 2011. 'From an evolutionary perspective, the Malayan tiger is very close to extinction.' — DR KAE KAWANISHI

Sleeping in untamed jungles may not be everyone’s cup of tea but for tiger scientist Dr Kae Kawanishi, it made her realise her purpose in life.

Kawanishi, the co-founder of the Malaysian Conservation Alliance for Tigers (Mycat), came to Malaysia in 1998 to research the ecology of Malayan tigers under a University of Florida PhD programme. She has been studying the big cats in New and Old World rainforests for three decades now.

“Tracking them day by day while sleeping in jungles ... doing so made me realise who I was and my purpose on this Earth,” she says in a recent email interview.

The three-year research period beginning in 1998 found that Taman Negara had the largest known tiger population in South-East Asia at that time.

She joined Malaysia’s Department of Wildlife and National Parks (Perhilitan) as a technical advisor for tiger research and conservation while helping the Malaysian government set up Mycat to bring both government stakeholders and NGOs together for tiger conservation. Today, Mycat is a programme that involves the Malaysian Nature Society, Traffic (the global wildlife trade monitoring network), the Wildlife Conservation Society-Malaysia, the Wildlife Society of Selangor and WWF-Malaysia, and is supported by Perhilitan.

While Taman Negara, the country’s largest national park, appeared to show a healthy tiger population during Kawanishi’s research then, the situation now is a lot less positive.

ALSO READ: This Malaysian scientist has been chasing tigers since he was a child

“Despite the continuous losses, my struggle to save the remaining wilderness still perseveres,” says Kawanishi, who is based in Malaysia. 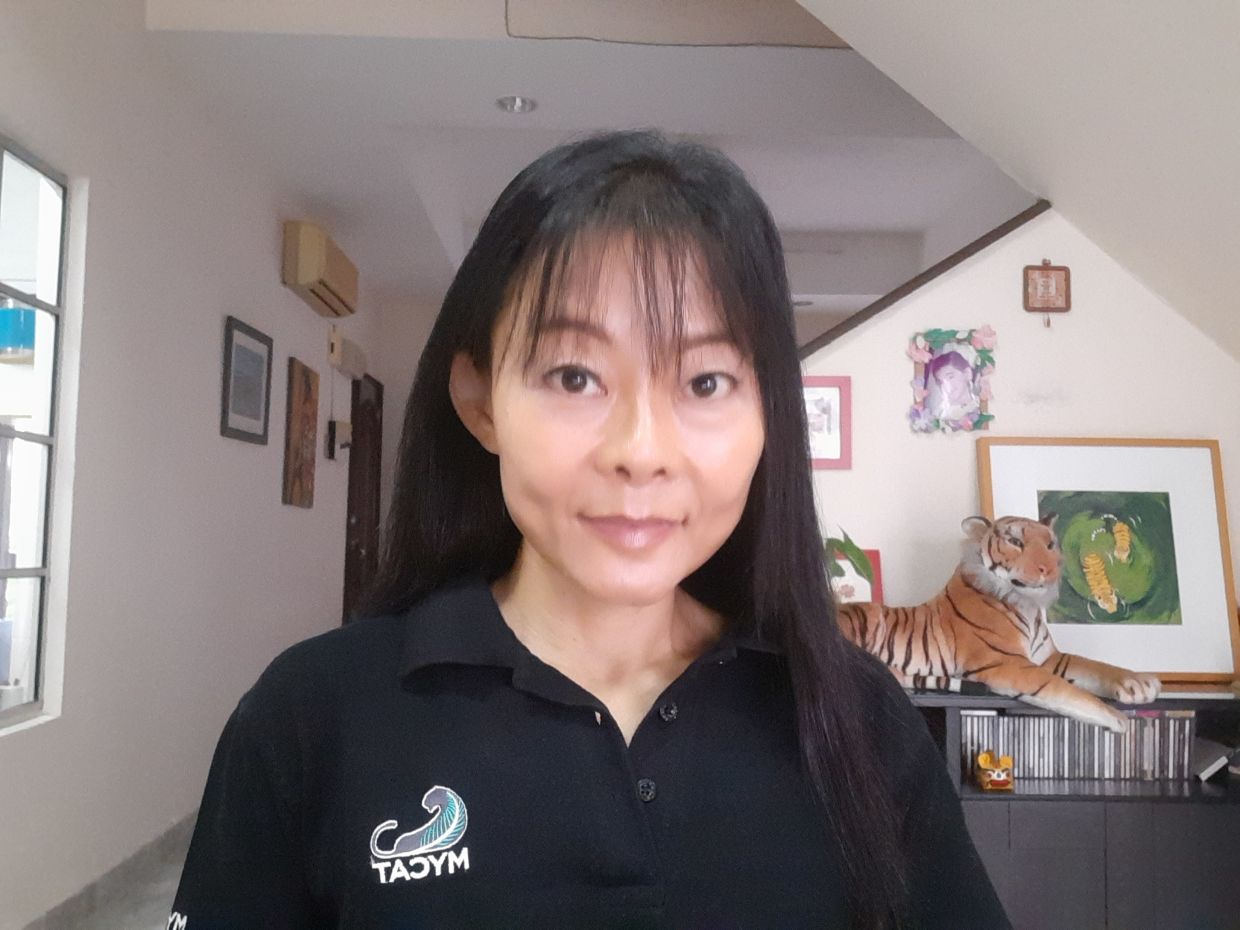 Wildlife biologist Dr Kae Kawanishi says members of the public can play a role in conservation by educating themselves from credible sources on how humans and our future generations are dependent on a healthy planet. — Photo providedIn 2006 an effort was made between tiger conservation NGOs and Perhilitan to develop a national tiger conservation strategy. “I had the privilege to lead this team of experts to assess the threats to tigers at that time while also drafting an action plan towards recovering the dwindling population.

“We were hopeful that the actions we planned would be able to double the population from an estimated 500 to 1,000 animals,” she says.

After the plan became a national policy in 2008, Kawanishi says Mycat spent five years monitoring its progress and implementation.

“In 2011, however, it was devastating to find out that the tiger population I was tracking in Taman Negara since 1999 had crashed.

“This happened around the same time that the Sumatran rhinoceros went extinct in Malaysia.

“The above, in tandem with the discovery of more crimes towards wildlife and the [illegal logging of] forests in adjacent stateland forest and forest reserves left me feeling dejected for about eight years,” she says.

But Kawanishi has since recovered and remains grateful for the unique opportunities she has been given to see the best of Malaysia and learn of the challenges towards conservation efforts here.

“It is, however, still saddening to think of how Malaysians are losing so much natural wealth without knowing its real value,” she says.

A national survey concluded in 2020 estimated that there are fewer than 150 wild tigers in Malaysia’s rainforest.

In 2018, Kawanishi wrote a public letter, urging for “military protection” to save the Malayan tiger from poachers and pointing to Nepal as a country that has managed to increase its wild tiger numbers by mobilising its army. 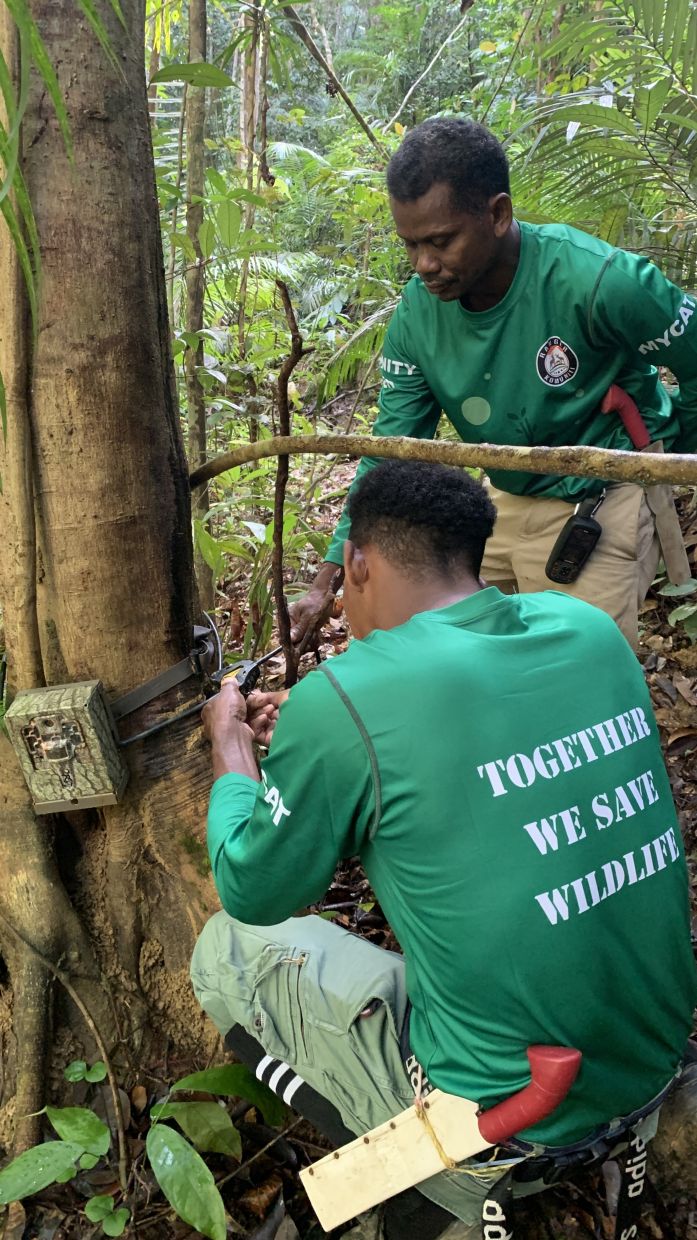 Community rangers checking a camera trap in Taman Negara in 2021. The Bateq Orang Asli have been assisting Dr Kawanishi's research since 2009 and now also work as Mycat Community Rangers and CAT Walk guides. — DR KAE KAWANISHIOperasi Bersepadu Khazanah, a joint operation by Perhilitan and the Royal Malaysia Police, was launched in September 2019 as an initiative to save the Malayan tiger as well as clamp down on poaching. Last year, the operation foiled 73 cases of poaching, seized RM31.9mil worth of illegally trafficked wildlife, and destroyed 303 traps and 59 poaching campsites.

The Mycat general manager says that tigers have been around for more than a million years but in the past 100 years, Malaysia has lost 95% of its tiger population.

Kawanishi explains that proper enforcement of existing laws – the Forestry Act in particular – would create a better future for tigers as the legislation protects the forest from intruders.

“Contrary to public belief, the majority of the remaining tiger population is found in forest reserves rather than national parks.

“While conservation NGOs obtain permits for conservation efforts through the necessary procedures, there are still many extracting resources from forest reserves under the radar.

“Hence, forestry officials should constantly be checking and questioning the presence of those without entry permits inside these reserves,” she says.

She says the loss of tigers is about more than just seeing them disappear from Malaysia’s rainforest and warns how it signals something more severe: “The tiger’s near extinction is an alarm bell ringing loudly for the impending collapse of the ecosystem,” she says.

From an evolutionary perspective, the Malayan tiger is very close to extinction.

“In 2014, my colleagues and I estimated the Malayan tiger population at about 300 and found there was a more than 50% chance they would become extinct within the next 25 years.

“Following the completion of the National Tiger Survey in 2020, Perhilitan found that the population estimate dropped to less than 50% of the earlier numbers.

“This means that the trajectory of decline is continuing, and with so few animals left, any freak random event could wipe out most of them,” she says.

The fact that this tiny number of tigers live in fragmented – separated – forest areas also means the animals are very vulnerable to extinction as breeding becomes difficult. To buffer such fluctuations, Kawanishi says a large population of tigers is needed while smaller tiger populations must be connected through forest corridors to allow for better conservation efforts.

“Although most large forest areas still had a few tigers left, none had a viable population, and this was back in 2014.

ALSO READ: Impregnating Malayan tigers: It’s all in the technique

“Hence, despite recovery being currently possible, it will be slow while a crash in the population could happen at light speed,” she says.

Can our small population of tigers really recover despite the declining trend?

“Yes, this is indeed possible and has been demonstrated in countries such as Russia, Nepal and India.

“The Siberian tiger population, for example, has bounced back from 20 to 400 in less than 100 years under strict law enforcement and habitat protection,” she says.

Kawanishi says members of the public can play a role in conservation by educating themselves from credible sources on how humans and our future generations are dependent on a healthy planet.

“Being aware of and learning how one’s lifestyle and political choices affect Malaysia’s forest and natural environments greatly helps.

“Don’t give up on demanding accountability from local, state and federal governments because even if tigers go extinct, forest conservation must continue,” she says.

While these are long-term goals, time is a luxury that tigers do not have. If you want to contribute directly towards protecting tigers from poachers and forests from illegal logging, sign up with Mycat as a volunteer for anti-poaching and anti-deforestation surveillance programmes at a critical tiger habitat in Pahang.

StarLifestyle will be running a series of articles on the conservation of Malayan tigers in conjunction with the Year of the Tiger. Join us as we report on the race to save from extinction this magnificent animal that is on our national crest.

Fewer than 150 Malayan tigers left in the country, says Takiyuddin 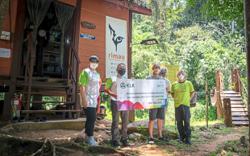