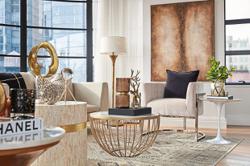 Potting soil from the garden centre is expensive and often contains peat. You'll be doing the environment a favour if you mix your potting soil yourself. Photo: Karl-Josef Hildenbrand/dpa

Gardening is expensive, what with buying all the plants, pots and potting soil. You can wind up spending the equivalent of your holiday budget every season if you don't watch out.

There's one way to save on potting soil, at least, and it benefits the environment, too: Mix your own substrate.

Start off by taking either garden soil or unpolluted topsoil as your basis. This should make up around 50% to 60% of the mixture. You can also use the soil from last year's pots or window or balcony boxes as a basis.

Then add compost – either your own, free from the garden, or something you bought cheaply from a regional composting plant. That should make up a further 20% to 30% of your mixture.

Next, mix in fine bark humus – around 20%, from a garden centre. The humus – don't confuse it with bark mulch – should be fine, without coarse pieces.

You'll then add in some nitrogen in the form of horn shavings and trace elements, as a long-term fertiliser in your mix. This is also something you can get in specialist shops where it might be sold as rock or primary rock flour.

If you live somewhere where your soil has a high sand content, then it makes sense to add small amounts of clay powder to your potting soil to help it hold onto the water better.

A further optional additive is wood fibre and, even better, coconut fibre. Both are alternatives to peat, which you still often find in commercial potting soil.

Peat is bad news as cutting it destroys an important habitat for many animals and damages the moors. Plus, peat holds onto large amounts of carbon dioxide, which is released when peat is extracted, harming the environment. – dpa

3 ways to cut down on plastic in the garden 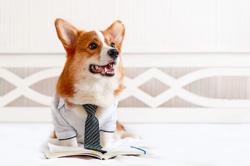 Parents are faking it (with fingers crossed)
Dear Thelma: I'm drowning under financial burden and have no hope left
Dog Talk: 7 tips on creating the best 'adopt-me' post
Five ways to embrace modular design
When it gets too hot for health
Dog Talk: Great profile photos – the key to better adoption rates
Home decor: How to make neutral tones work for you
Beer giant to trial completely recyclable fibre beer bottle across Europe
Dog show 101: What's what at the Westminster Kennel Club dog show
Toblerone chocolate to lose 'Switzerland' label and be made outside Swiss homeland