The temperature in your freezer would need to remain under -40°C constantly, to keep the tiny ice crystals in your ice cream frozen and virtually imperceptible. Photo: AFP

As temperatures rise, who doesn't enjoy cooling down with a scoop of ice cream? But what's with that layer of ice crystals covering your delicious vanilla treat? Rest assured, this could soon be a thing of the past, thanks to cellulose derived from wood!

Vanilla, strawberry or chocolate? We all love to beat the heat with a scoop of ice cream. But have you ever noticed the ice crystals that inevitably form on your tub of frozen goodness?

Those pesky pieces of ice that add an unwanted grainy crunch to ice cream are caused by the way your home freezer works.

In most ice cream recipes, stabilisers are used to limit the formation of ice crystals but also to make the finished product less hard. Manufacturers often use gums, extracted from guar or locust beans, or xanthan gum.

In all cases, these are additives, and ones that are also recommended to amateur bakers who want to make their own ice cream. Stabilisers for ice cream can easily be found in specialist stores.

But now, researchers have found a new solution. At the University of Tennessee, in the United States, Tao Wu and colleagues have developed a cellulose product extracted from processed wood to propose as an alternative to these commonly used stabilisers.

According to this research, reported by the American Chemical Society, cellulose nanocrystals were added to a sugar solution, effectively imitating ice cream.

After 24 hours, the ice crystals stopped growing. And one week after the start of the experiment, they measured no more than 25 micrometers.

According to the scientists, the use of gums as stabilisers leads to crystals twice as big, and these can form in just three days. – AFP

How to deal with fogged-up spectacles

Tips for saving electricity through the wash, the dishes and the fridge

Recycling right: Do I really have to rinse out my yoghurt tubs? 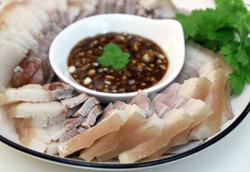 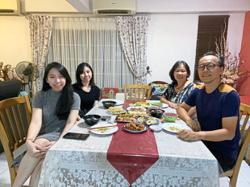