In this file photo taken in 1999, Gallego poses in front of the cathedral he started to build on his own some 60 years ago in Mejorada del Campo near Madrid. Photos: Eric Cabanis/AFP

For over 60 years, former monk Justo Gallego had been building a cathedral out of scrap materials on the outskirts of Madrid, a project he would never see completed.

The 96-year-old died early December, but left the unfinished complex in Mejorada del Campo to a charity run by a priest that has vowed to complete his labour of love.

Gallego began the project in 1961 when he was in his mid-30s on land inherited from his family after a bout of tuberculosis forced him to leave an order of Trappist monks.

Today, the "Cathedral of Justo" features a crypt, two cloisters and 12 towers spread over 4,700sq m (50,600sq ft), although the central dome still does not have a cover.

He used bricks, wood and other material scavenged from old building sites, as well as through donations that began to arrive once the project became better known. Today, the Cathedral of Justo features a crypt, two cloisters and 12 towers spread over 4,700sq m (50,600sq ft), although the central dome still does not have a cover.

The building's pillars are made from stacked oil drums while windows have been cobbled and glued together from shards of coloured glass.

"Recycling is fashionable now, but he used it 60 years ago when nobody talked about it," said Juan Carlos Arroyo, an engineer and architect with engineering firm Calter.

The charity that is taking over the project, Messengers of Peace, hired the firm to assess the structural soundness of the building, which lacks a permit. 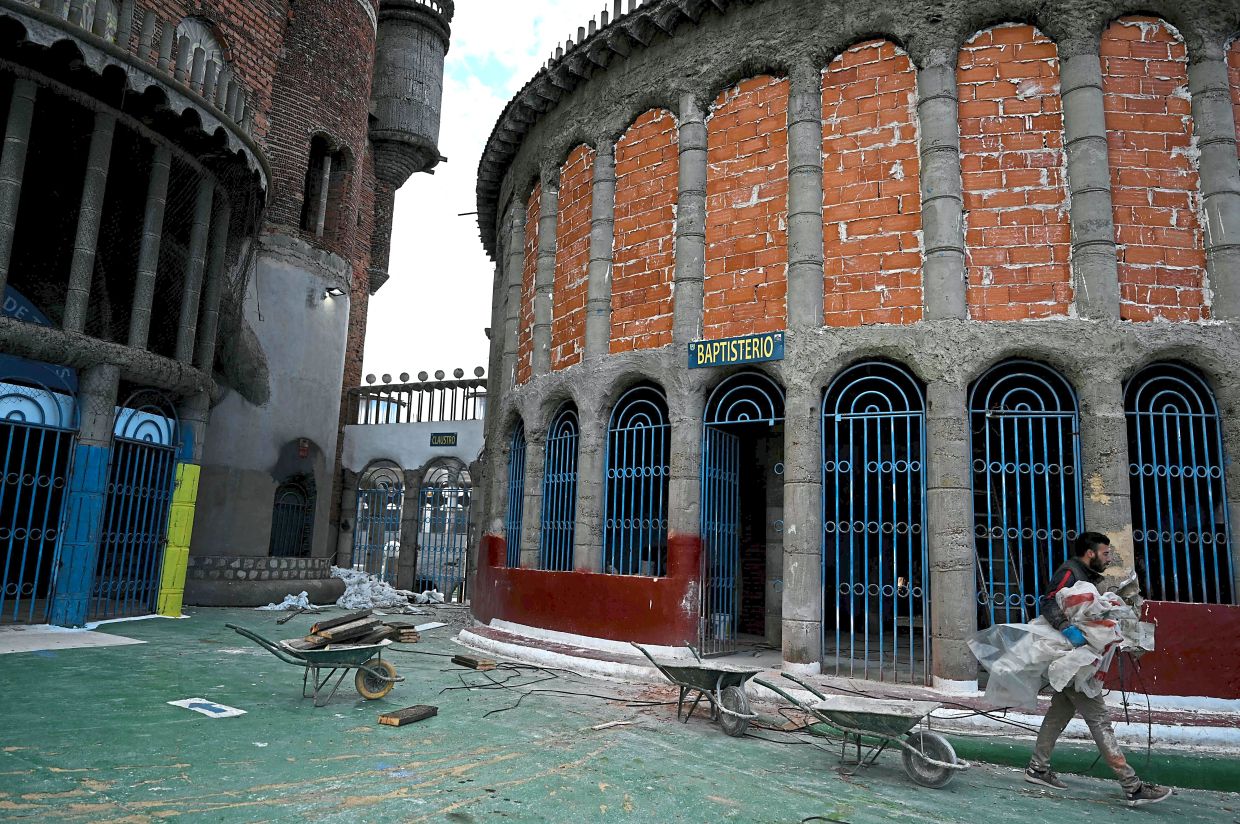 The unfinished Cathedral of Justo has been left to a charity run by a well-known priest that has vowed to finish Gallego's labour of love. Photos: Gabriel Bouys/AFP

"The structure has withstood significant weather events throughout its construction," Arroyo told AFP, predicting it will only need some "small surgical interventions".

Renowned British architect Norman Foster visited the site in 2009 – when he came to Spain to collect a prize – telling Gallego that he should be the one getting the award, Arroyo added.

The sturdiness of the project is surprising given that Gallego had no formal training as a builder, and he worked without a blueprint.

In interviews, he repeatedly said that the details for the cathedral were "in his head" and "it all comes from above". 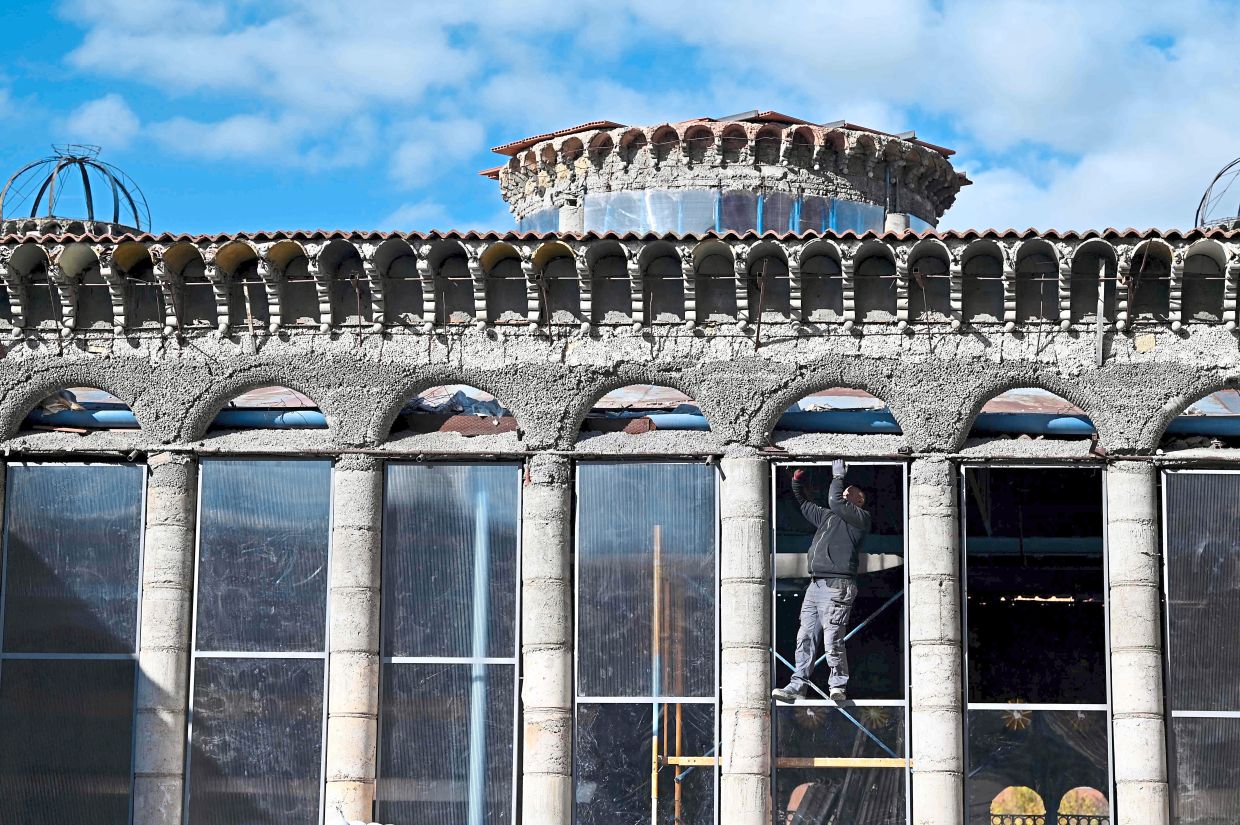 A worker installing windows at the Cathedral of Justo.

The complex stands in a street called Avenida Antoni Gaudi, named after the architect behind Barcelona's iconic Sagrada Familia basilica which has been under construction since 1883.

But unlike the Sagrada Familia, the Cathedral of Justo Gallego as it is known is not recognised by the Roman Catholic Church as a place of worship.

Father Angel Garcia Rodriguez, the maverick priest who heads Messengers of Peace, wants to turn Gallego's building into an inclusive space for all faiths and one that is used to help the poor.

"There are already too many cathedrals and too many churches, that sometimes lack people," he said.

"It will not be a typical cathedral, but a social centre where people can come to pray or if they are facing difficulties," he added. A woman praying at the Cathedral of Justo.

Father Angel is famous in Spain for running a restaurant offering meals to the homeless and for running a church in central Madrid where pets are welcome and the faithful can confess via iPad.

Inside the Cathedral of Justo, volunteers continued working on the structure while a steady stream of visitors walked around the grounds admiring the building in the nondescript suburb.

"If the means are put in, especially materials and money, to finish it, then it will be a very beautiful place of worship," said Ramon Calvo, 74, who was visiting the grounds with friends. – AFP Relaxnews