Tenants of small flats might not have minded the way the stove was right next to the bed or the way the desk was scooted up next to the sofa when they were barely in the house, often travelling for work, or routinely out and about.

But now that so many of us are spending so much time in our flats, those with the more diminutive kind are finding them decidedly cramped.

Nonetheless, studio apartments remain in demand, with hints of even more to come in the future. That's due to rising rents and because larger apartments can simply be too much for singles.

Additionally, many people who commute a lot are looking for a second, tiny place to hang their hat when they're on the move, says Gabriela Kaiser, who watches these trends.

On top of that, there's been a trend towards the minimalistic in recent years, adds interior architect Eva-Maria Wuescht. More and more people are opting for a pared-down lifestyle tailor-suited to their own needs. That makes smaller flats a clear trend. 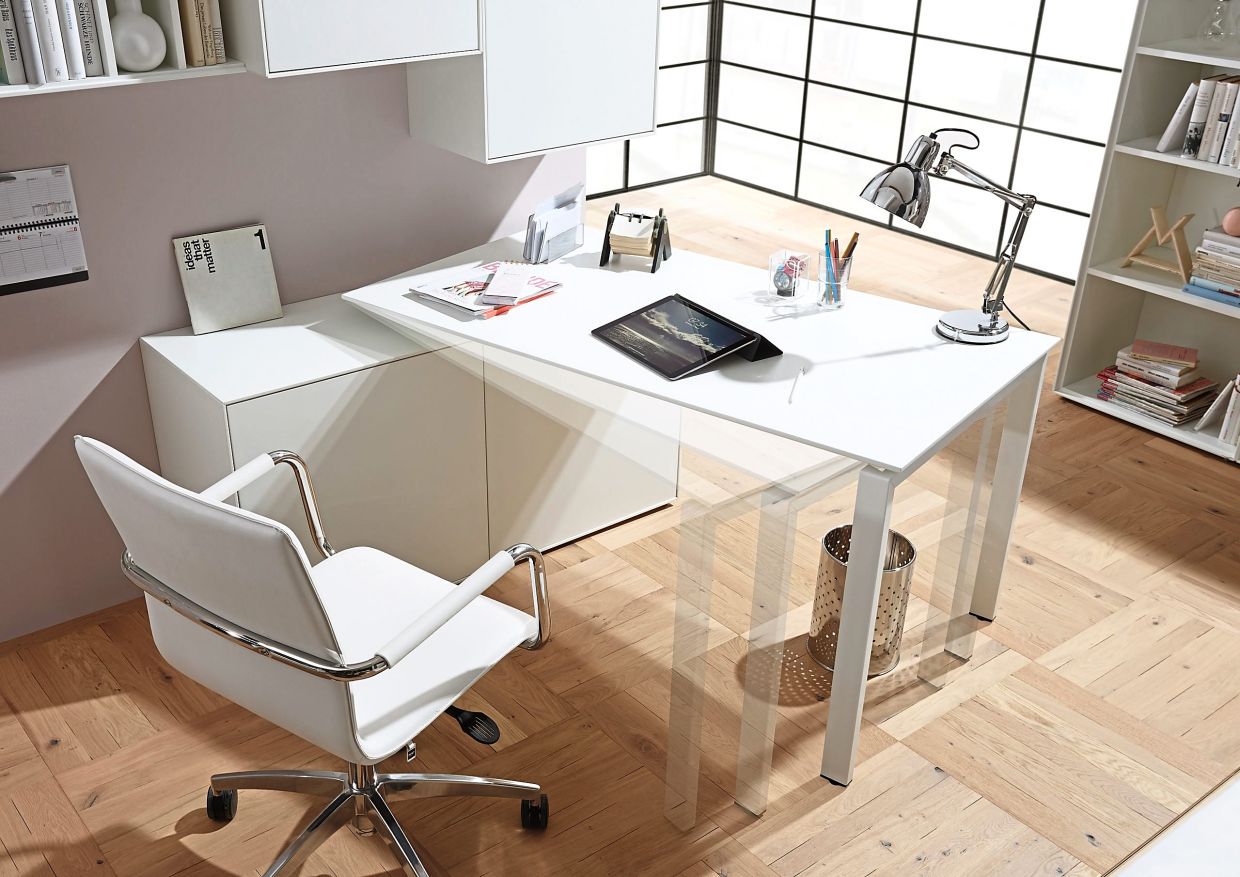 A simple idea, but still worth its weight in gold in a one-room flat, is a pull-out table. Photo: Hülsta/VDM/dpa

But how does one pull it off? Multi-functional furniture can save space, but doesn't entirely answer the question. What's far more important is to plan the interior design to the smallest detail instead of trying to simply toss everything together.

For example, sleeper sofas can be a practical solution to make the most effective use of space. During the day they can be used as seating and for entertaining friends. At night, they're a bed.

But some people would find setting up a bed every night and breaking it down every morning to be too much work, says Wuescht. And if you plan to do a lot of entertaining, you'll need a larger table and a larger couch.

Plus, those who plan to do a lot of work from home need to be clear about how much space will actually be needed so that they can be happy with the work space in the long run. That can be hard, since it's important to keep one's needs to a minimum and make the apartment fit to them, says Wuescht.

Additionally, just because all stages of the day might be played out in the one space, it's still possible to create different areas and separate them from one another. Think about using room dividers, curtains or filigree shelves. Kaiser recommends airy, free-standing shelves that aren't too deep or massive, but still offer storage space. 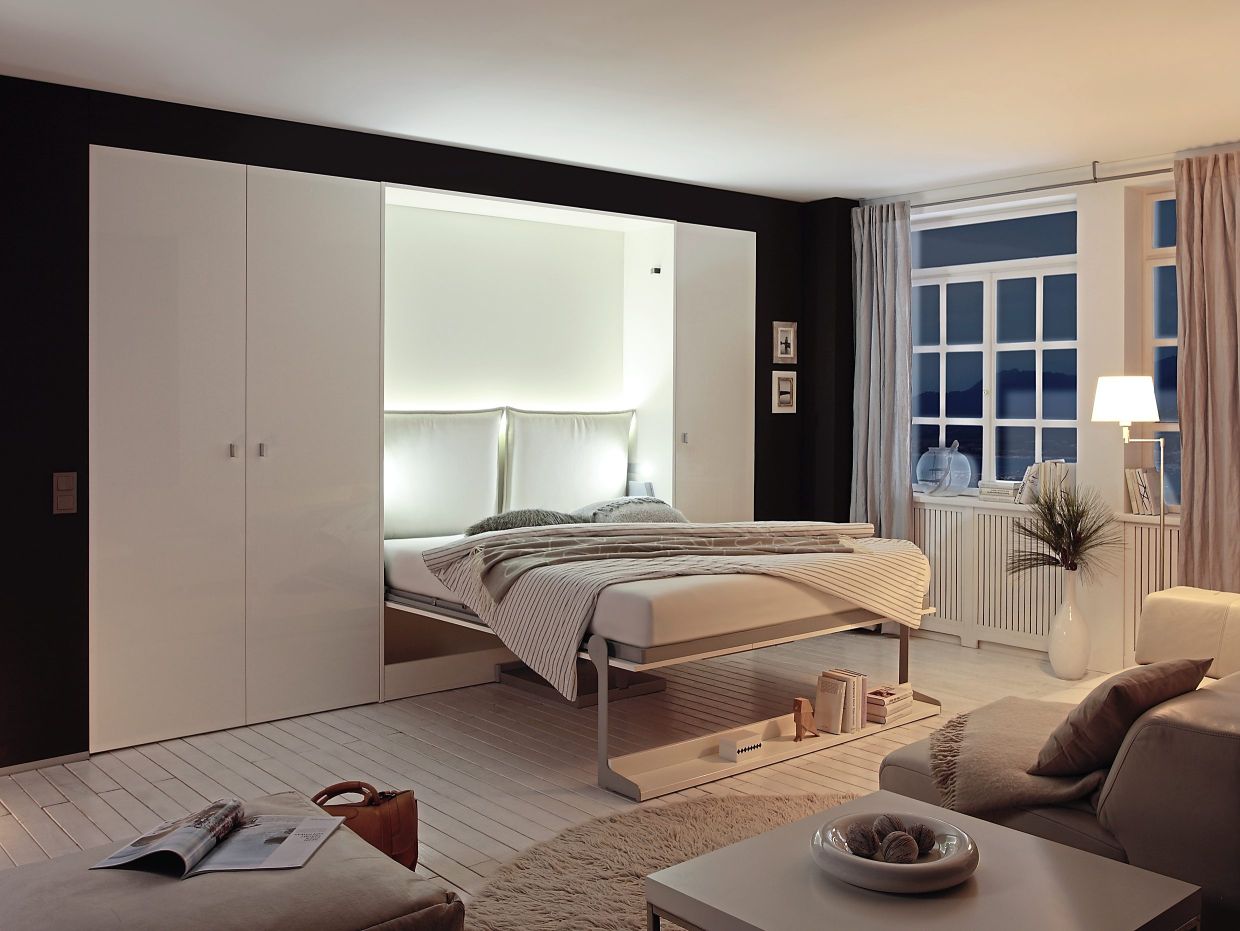 Beyond that, pedestals, rugs and a mix of theme colours can create optic islands within a room. If the ceiling is high enough, consider loft beds to create a second level, freeing up the space underneath to create a work area, a sitting corner or shelves.

Lighting also has to be optimised for the various spaces. The kitchen and the work area will require bright, cool light. But the living area will usually benefit from warmer light for creating a cosy atmosphere, says Kaiser.

Dimmer switches or lights that can be redirected to focus on one spot or another provide flexibility.

"Even if you pursue a minimalistic lifestyle, things can accumulate," says Wuescht. Remember that sealed storage spaces help make a small room look tidy. One place to always consider is under the bed, she says, often because the bed often takes up most of the space in a room.

Multi-function furniture can also be a boon, but only if it's thought through and used the way the designer planned. Thus, while a sleeper sofa might not have been thought of as an everyday implement, an alternative to consider is a foldaway bed, which is coming back to the market after they had almost vanished. They have the advantage that they fold together fairly simply and quickly. 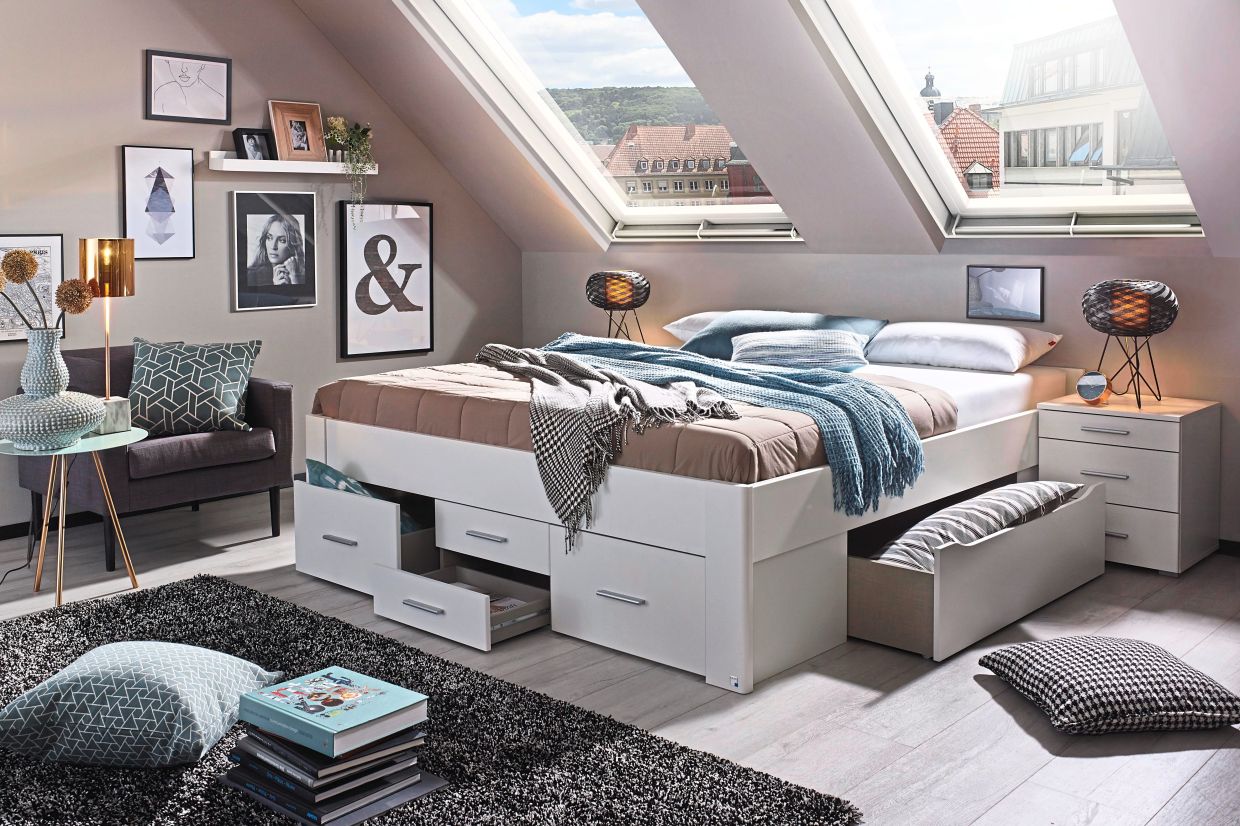 Beds tend to take up a large area in small, one-room flats, so it makes sense to store as many things as possible underneath them. Photo: Rauch/VDM/dpa

Tables also have a lot of potential uses. Some models can be folded away or disappear into other items. Almost all of them can double as a desk, says Christine Scharrenbroch of the Association of the German Furniture Industry. Anyone with a small flat should consider fold-up secretary desks or desks and shelves with integrated tabletops.

But just about every furniture item can offer some possibilities. There are Ottomans that come with storage space inside or that come with a kind of holder so they can be converted into a living room table.

Kaiser says people should also consider custom-made furniture so that the height and space of a room can be used optimally. Some furniture companies have begun to specialise in precisely this field.

"Since the furniture is playing multiple roles in a single day and has to be made specifically for the room, quality becomes even more key."Still, it can be a challenge to create enough storage area while still having the room look open and friendly. Scharrenbroch recommends not overloading shelves and working with the lighter shades of a single-colour family.

She also suggests sticking to white and beige tones for decorating, to keep the room from looking too busy. Also consider mirrors, which can make a room seem bigger. – dpa

Why can't we make our homes comfortable for tall and short people?

Your own island: You want one, but can your kitchen really handle it?