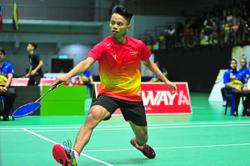 Father Andreas, responsible for the whiskey and wine production, visits the whiskey cellar of the Orthodox Christian monastery Valamo, in Uusi-Valamo, Heinavesi, Finland. When the orthodox monks of Valamo monastery fled to a new home in Finland during World War 2, they made a decision which proved an economic lifeline during the pandemic: to buy up swathes of forest. – Photo: AFP

The Orthodox monastery of Valamo in Finland usually receives around 160,000 visitors a year, many from Europe and Russia who come to experience the peaceful surroundings and expansive orthodox library, as well as the country's largest whisky distillery.

But with the coronavirus pandemic, "we've had far fewer guests," leading to a loss of donations and tourist income, says Father Mikael, sporting a beard, black hat and robe.

However, the forests that the monks bought when they fled to the area after World War II have proven to be an economic lifeline during the global health crisis.

Faced with the loss of around a third of the monastery's annual revenues of €3mil (RM15mil), the monks opted to cut down and sell four years' worth of their trees at once.

"The income from our forests has saved us... and helped patch up the economic loss from corona," the priest, who is in his 40s, told AFP.

After at least six centuries on an island in Europe's largest lake, Ladoga, Valamo's 200 or so monks were among the hundreds of thousands of Finns evacuated in 1940 when the eastern Carelia province was ceded to the then USSR.

The brotherhood relocated 200km away to Heinavesi, believing the new site's vast forests could provide an economic buffer against future crises.

"Thinking about how the monastery has overcome the difficult times in its history was one thing that gave support and relief during the pandemic crisis," Father Mikael said. When AFP visited Valamo on a hot day in June, a team of workers, covered from head to toe against mosquitoes, criss-crossed a six-hectare (15-acre) forest clearing, planting saplings.

"This area's being turned into a new growth site, half a year after it was felled," noted Raimo Asikainen, a forestry expert who seven years ago began working with the monks to help them manage 400 hectares of forest.

So, Asikainen drafted in professional planters.

"If the monks were doing this, it would have taken all week," he smiled -- not least because they must spend as much time praying as working each day.

Forest-cutting is opposed by many environmentalists in Finland for climate reasons, but industry representatives including Asikainen insist that felling and regenerating old forests actually improves their ability to absorb carbon from the atmosphere. Valamo is the only orthodox Christian monastery in predominantly protestant Finland, where the orthodox church has around 60,000 members, equivalent to about one percent of the population.

"People may have had more time to think about things while their earlier life has been on pause."

To join the brotherhood, applicants must spend at least a year at the monastery as a novice, tending sheep, working at the distillery or, nowadays, fixing the IT.

If the novice is accepted by a vote of the monks -- whose average age is 45 -- he must renounce all worldly possessions, take a vow of celibacy and obey the word of the head monk.

The candidate is then given a new name and allowed to wear the order's black habit.

After a year of changes, "the future looks good, and some things might stay different," Father Mikael said.