End is near for South Africa's million-dollar lion-breeding industry 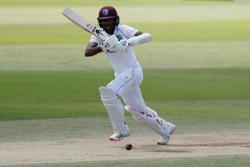 Wildlife experts want to ban what they call ‘canned lion hunts’. Here, one of five lions raised on a farm is to be sent to South Africa and reintroduced to the wild. — dpa

The lion cub, a ball of soft, brown fur with sharp little teeth at only several weeks old, wriggles around in the tourist’s arms as she tries to pose for a cute picture with the animal on a farm not far from the South African capital, Pretoria.

Animal rights campaigners from the Humane Society International’s Africa branch (HSI-Africa) have come down strongly against these wildlife selfies, which were a common scene before the coronavirus pandemic and ensuing travel restrictions that killed off tourism.

These selfies are just one part of the million-dollar industry that is private lion-breeding on South Africa’s Cape. Thousands of lions are raised in enclosures on private property to later be hunted by big-game hunters from Europe, the United States and other regions.

Such a practice is called a “canned lion hunt”. And Environment Minister Barbara Creecy wants to put an end to it in the future, as well as the breeding of lions in captivity. She recently presented extensive recommendations on ways to finally stamp the practice out.

As part of her argument, the South African minister, who is not against hunting lions in the wild, raises the ethical question of what shooting a lion bred in captivity in a fenced-in area has to do with a real hunt. “Preventing the hunting of captive lions is in the interests of the authentic wild hunting industry, ” Creecy argues.

HSI-Africa wildlife director Audrey Delsink welcomes the move: The South African government has finally adopted “recommendations to end the abhorrent captive-lion breeding industry. Lions will no longer have to suffer in horrid conditions for someone’s selfie, ” she says.

Even if they are just recommendations, Delsink sees the move as a huge success for the country’s lions. She estimates that there are nearly 11,000 captive-bred lions on over 260 lion farms nationwide.

The International Fund for Animal Welfare (IFAW) was also jubilant following the news. In a statement, South African regional director Neil Greenwood calls the practice one of the worst animal welfare abuses of modern times and stresses that it took two decades of lobbying and the deaths of thousands of lions to finally see change.

An analysis from HSI looking at trade in mammals included on the CITES endangered species list found that a total of 4,176 lion trophies were exported from South Africa between 2014 and 2018.

Within the European Union, Germany is one of the main import countries for such trophies, and after Americans and Spaniards, Germans make up the strongest group of big-game hunters numbers-wise, according to the Pro Wildlife animal protection organisation.

South Africa’s lion-breeding industry argues that trophy hunting saves certain species from extinction – an argument similarly made by Botswana or Zimbabwe when they need to justify elephant-hunting.

Creecy also considers highly regulated trophy-hunting programmes to be an important part of wildlife conservation, as well as a way for local communities to earn a livelihood. But how much of the money actually reaches the local population is a topic up for debate.

Stephan Wunderlich, an expert in hunting abroad for the German Hunting Association (DJV), warns against confusing shooting lions in enclosed areas with sustainable hunting. “It’s a real branch of the industry – comparable to cattle farming – and limited to South Africa, ” he says. Hunting associations have opposed it for years.

In countries like Namibia, Botswana or Zimbabwe, free-ranging, individual lions are shot in order to regulate the population, or in cases of animal-human conflict, according to Wunderlich.

“This also applies to elephants. In Botswana, for example, a population of at least 135,000 elephants ensures that the animals permanently destroy their own habitat – and that of other species.”

But animal rights activists see another another problem: While the Washington Convention on International Trade in Endangered Species prohibits the trade of wild lion bones, the bones of captive lions can be exported from South Africa. But since it is almost impossible to distinguish between the body parts of wild and captive lions, they believe this encourages the smuggling of bones from wild lions. – dpa/Ralf E. Krueger

Face masks, gloves and other pandemic waste are harming wildlife 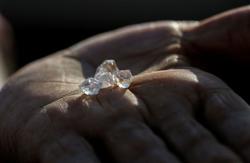