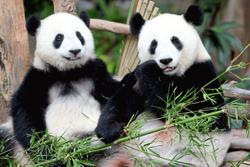 PETALING JAYA: The country’s panda, Liang Liang, has given birth to her third baby.

The Wildlife and National Parks Department (Perhilitan) said the cub was born at 8.30pm on Monday (May 31) at the Giant Panda Conservation Centre in Zoo Negara.

“Currently, the gender of this baby panda is not known, as it is still under the care of its mother and cannot be approached.

“Zoo Negara officers will continue to monitor Liang Liang and her baby for the next 24 hours, ” it said in a statement on Tuesday (June 1).

Perhilitan said the birth of this cub is the third for Liang Liang and her partner Xing since their arrival to the country in 2014.

The pandas from Chengdu, China, were loaned via the Giant Panda International Conservation Cooperation Agreement Programme and arrived in Malaysia on May 21,2014.

The agreement, signed in 2012, gives Malaysia an opportunity to conduct panda-related conservation research, besides developing local expertise on pandas over a 10-year period. 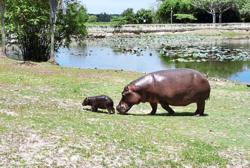