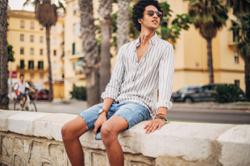 It's the world’s biggest market for luxury goods – and their counterfeits – so an expert eye for telling a bona fide Chanel handbag from a bogus one is a skill set in hot demand across China.

Enter the “luxury appraiser”, an eagle-eyed differentiator of real from fake, trained to triage handbags, belts and garments for dodgy serial numbers, stitching and logos.

China’s factories churn out huge quantities of luxury goods, much of which is destined for a domestic market worth about ¥4tril (RM2.5tril), according to market researchers UIBE Luxury China.

Now the second-hand luxury market is also booming as those unwilling to part with thousands of dollars for a handbag seek out the prestige at a discount price.

But a vast shadow trade in counterfeits lies in wait for the bargain-hunters.

Many are fooled by “good imitations with little difference” from the originals, said Zhang Chen, founder of the Extraordinary Luxuries Business School, who tools his graduates with the gift of detecting fakes.

And while the fee is ¥15,800 (RM9,880), Zhang says it is a price worth paying as it provides a foothold in a second-hand luxury market that is only just taking off.

“Chinese people buy one-third of the world’s luxury goods, but the circulation rate of 3% is far below the 25-30% in Western countries, ” he said, referring to the percentage that is later resold.

Tricks of the trade

Zhan drills the rules of luxury into students who are hooked onto his every word.

“The lining of a black Chanel handbag must be pink, ” he says.

“Two letters will light up, and that’s the secret, ” said Zhang, who learned his own skill appraising luxury goods a decade ago in Japan. Knowing which letters in the Chanel logo use a rectangular rather than square font can “detect a third of the fakes on the market”, he added.

His students are all affluent but from a variety of backgrounds, including the former editor of a fashion magazine from Shanghai and a bartender looking for a fresh start after his business was hit by the Covid-19 pandemic.

A Louis Vuitton Neverfull handbag bought two years ago can still be sold at ¥9,000 (RM5,760) on second-hand platforms, a 20% discount, while a small Chanel Gabrielle bag goes for about 60-70% of the counter price.

“I think the logic behind the sales is very similar to the financial products I’m selling now.”

But the condition of the bags can have a heavy impact on value.

“Pay special attention to the scratches around the buckle, as a lot of people get manicures these days, ” Zhang warns, identifying grazes from long nails.

And seasonality is essential, with red – the colour of good luck – selling quickest over Chinese holidays.

His school has even attracted former counterfeiters as students, he added, many wanting to build on existing skills but shift to less disreputable work.

In most cases, it takes Zhang around 10 seconds to tell if a product is real, he says, holding up a genuine Hermes bag. Some clients send pictures of watches, trainers and clothes for an online diagnosis.

Louis Vuitton announced in 2019 that it will launch a blockchain platform called Aura to record its goods.

Microchips have been inserted in the sole of women’s shoes made by Italian brand Salvatore Ferragamo, while Burberry has experimented with Radio Frequency Identification technology (RFiD) in its goods a, technology that uses radio waves to identify a tagged object.

But with the tech still in its infancy, Zhang is unconcerned about the threat to his analogue line of work.

“Any technology has the possibility of being cracked, ” said Zhang.

“The market for identifying luxury products will always exist, it’s just that the methods will have to adapt.” – AFP Relaxnews Heart and Soul: My grandfather, a lieutenant-general
My Pet Story: Mei's narrative of her life, then and now
Space tourism sparking environmental concerns over its carbon footprint
Unesco removes Democratic Republic of Congo park from endangered list
My Pet Story: Little Blanket keeps our hearts warm
4 ways to jazz up your interior space during the pandemic
How warming and deforestation is turning the Amazon basin into a source of CO2
Cleaning products get the job done – at the expense of your pet
Malaysians from different faiths unite to raise RM12mil in aid of Covid-19 designated hospitals
How EU prepares to send petrol cars to the scrap heap