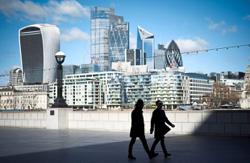 Agamemnon Otero, the founder of Energy Garden, tending to a bee hive in a section of the garden on the platform at Brondesbury Park Overground train station in London. ‘Energy Garden is really about building resilience in communities. It’s about how we directly address the climate change issue that everybody feels they are powerless to do,’ he says. — AFP

A busy commuter train station is an unlikely place to find a haven for flowers, bees and hedgehogs.

But a decade-old project in London bringing an eco-friendly combination of gardening, horticulture and so-called rewilding to the urban jungle is bearing fruit during the pandemic.

Hiding in plain sight, 34 solar-powered sites created by the community-led project Energy Garden are dotted around the British capital, adjacent to train platforms used daily by hundreds of thousands of commuters before coronavirus hit.

With lockdowns now easing, the passengers are returning, and the project’s chief executive Agamemnon Otero hopes its success can help address a longer-term challenge.

“Energy Garden is really about building resilience in communities. It’s about how we directly address the climate change issue that everybody feels they are powerless to do, ” he said.

“Most of the time, train operators will cut down huge swathes of trackside space and leave it denuded from any type of life.

“These are corridors for biodiversity to come in and so it’s very important that a section of every garden is still wild.”

Community interest has grown steadily since the initiative started in 2011, but has spiked during lockdown as more volunteers joined to work – socially distanced – tending to the gardens.

The first site was established at Brondesbury Park station in northwest London, part of the Overground network that generally services outer suburbs where the Underground does not reach.

Layers of rubble were dug out and the site replanted with vibrant flowers, fruit trees, fragrant herbs, tea plants and an array of vegetables including potatoes, kale and Jerusalem artichokes.

There are even hops from which Energy Garden brews its own beer.

Jaylyn Miguel, in her 20s, was one of the volunteers who joined during lockdown last year.

“I guess it was for my own mental health, I wanted to just be out and helping the community, ” she said.

“I want to learn more about sustainability. Collectively it’s really important, so that we can make sure people have access to organic food.

“I certainly didn’t have experience growing food, and I’ve been learning quite a lot over this period. It’s good to just learn from others.”

The gardens’ solar panels power water hoses that help cultivate the various plant life, and excess electricity is sold back to transport companies to offset their carbon footprint.

That, in turn, generates a revenue stream to fund more community gardens, with Otero planning to expand on a national scale.

Individuals can become part of a “one vote, one share” co-operative system that gives each shareholder a say in the running and evolution of their garden.

The designs for each site are formally approved by the agency Transport for London, which manages the capital’s sprawling network.

The project also runs school workshops and youth training programmes to teach youngsters about sustainable practices, and the gardens are maintained by more than 300 volunteers.

Volunteer and project investor Terence Tehranian visits the Brondesbury Park garden regularly with his young children to lend a hand.

“I think it really is making London a better place to live. It’s making the environment better because more plants means less carbon dioxide and it’s bringing people together, ” he said.

“I think those things are important for a huge city like London where that often doesn’t happen.”

Otero said it was fitting that the gardens are part of the transport network, counterbalancing a sector that in 2019 produced 27% of net greenhouse gas emissions in Britain although most of that was road traffic rather than rail.

“What we wanted to do was really have a discussion around the biggest consumer of energy and the biggest generator of emissions, ” he said.

“I’m really excited for people to get involved and join a garden, and even become investor members.

“This is our space. We need to take back the spaces and make them what we want to see.” – AFP Relaxnews

Buying indoor plants for your home? Here's what you need to know

5 ways to help your herbs thrive at home 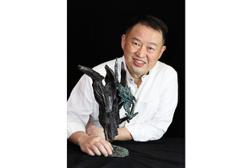 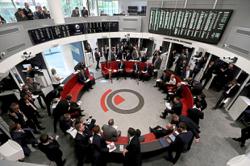