Germany's iconic Oktoberfest beer festival has been cancelled for the second year running due to the pandemic. – Photo: AFP

Holding big public events in Bavaria, including the annual Oktoberfest in the regional capital Munich, will not be feasible this year, Soeder said after a meeting with city mayor Dieter Reiter.

"In the classic beer tents at the big festivals, social distancing, masks and other measures are practically impossible to implement," Soeder said.

"The situation is too precarious," he added. "Imagine there was a new wave and it then became a superspreader event. The brand would be damaged forever and we don't want that."

Reiter said the cancellation was "a great pity" for the millions of fans of the festival, with "existential consequences" for people's livelihoods.

The event, which draws around six million visitors annually from late September to October, was cancelled in 2020 for the first time since World War II.

But the Oktoberfest has previously fallen victim to epidemics – cholera kept the beer tents empty in 1854 and 1873.

With Germany's vaccination effort picking up pace and new infection numbers beginning to slow, the government was Monday weighing new freedoms for those who have been vaccinated.

Some states have already lifted contact restrictions for vaccinated people, with the government planning national rules by the end of the week.

But Finance Minister Olaf Scholz told the Funke media group on Monday there was "still not much to be said" for a large event like the Oktoberfest.

"We should hold off on large crowds in a confined space for the time being," he said. – AFP 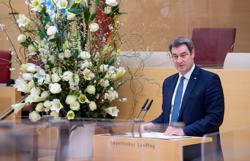 3 Malaysian bars make it on list of Asia's 50 Best Bars
North Korean refugees garner fame, profit and understanding with their YouTube stories
What will the workspace of the future look like?
Your walls are begging for colour. What's best, paint or wallpaper?
Your brain can be plastic if you want
With love on the rocks, marriage counselling booms in China
Car ban and virus curfew open Tunis streets to cyclists
Wuhan's long psychological farewell to the Covid pandemic
Are juice fasts merely hype or a real help?
'Blind box' craze grips China's youth, and mints toymakers a fortune