Edinburgh's international arts festival will return with a “reimagined” outdoor event in August, organisers said recently, after last year’s edition was cancelled for the first time in more than 70 years due to the coronavirus pandemic.

The festival, which attracts some of the world’s leading musicians, comedians and artists, will be held in the fresh air, using temporary pavilions at some of the city’s iconic locations.

“While there are still uncertainties ahead, we are confident that this programme will give us the very best chance of delivering a season of live performance from Aug 7-29, ” said festival director Fergus Linehan in a statement.

Art and music festivals such as Edinburgh and Glastonbury were called off last year in line with government measures to cut close-contact transmission of the virus at mass gatherings.

The International Festival began in 1947 as a way to reconcile people and nations through art after World War II. It comprises more than 5,000 events in Scotland’s capital every August, featuring some 25,000 artists, writers and performers from 70 countries, and audiences of 4.4 million.

Hundreds of thousands of visitors throng the city for the festival with an estimated £300mil (RM1.7bil) brought into to the local economy.

Organisers said the 2021 event would “safely reunite” artists and audiences to rediscover the magic of live performance.

A selection of performance spaces across the city will include three temporary outdoor pavilions featuring covered concert stages and socially distanced seating. – AFP 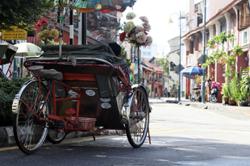 No Pants Day: US comic strip artists band together for a silly and good cause
Arts and culture industry left stranded yet again as MCO returns to Selangor, KL
Love letters and the tortured inheritance of the Little Prince
Most artists don't actually earn much from NFT sales
Meghan, Duchess of Sussex, to release first children's book
'Watchmen' writer Alan Moore working on short stories, 5-volume fantasy series
Frieze is luring American art collectors back to New York
What will a pandemic-proof arts festival look like? George Town Festival leads the way
Giant sculptures of Geluck's cat become Paris attraction on Champs-Elysees
After 28 years, Galeri Petronas shuts down in KLCC due to the pandemic