Dog Talk: Pets with unusual food preferences – and what you can or can't give them 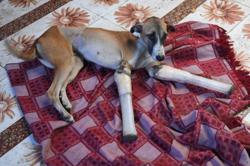 Most of us think of dogs as carnivores and treats tend to centre around meat: jerky treats, meat trimmings, and perhaps some chicken feet. But dogs are omnivores, meaning that they eat both plants and meat when in the wild. As pets get to enjoy a wide variety of foods, some of our furry friends have developed some rather unusual tastes.

“Max likes everything, ” Rachel Goh-Liew, a housewife in Selangor, laughs. “We got him as a rescue five years ago when he was a young chap, perhaps a year or so old. At the time, he had a skin problem and couldn’t walk properly. We had to shave him and he was depressed about it, but once we got him fixed up, his fur grew back.” Today, Max looks like a Golden Retriever. He is big and strong, but he is also plagued with allergies. Because of these, Max gets homecooked meals every day.

“He’s not a picky eater, so I feed him rice and meat, ” Goh-Liew shares. “He can’t have regular rice because of the sugar content, so I give him basmati. As for the meat, he likes chicken breast, pork and salmon.”

Max is also allergic to commercial snacks but it doesn’t stop him enjoying himself. “He wants to eat everything that we eat, so he snacks on celery, carrots, apples, watermelon, cucumber and green capsicum peppers. And at Christmas, if we get some in, he gets turkey too.”

But the big surprise? Max is also a fruit eater. “He likes fruit, and his favourites are durian and langsat.”

“We love pork lung and fish crunchies, ” Phillip Rove, entrepreneur in Subang and owner of Mimo and Momo, two 18-month-old cream and chocolate coloured Labs shares. “They’re made locally and they’re organic, with no preservatives, freshly made and affordable.

“They love both but as the fish one is strongly scented, it’s the one they get most excited about because they can smell it as soon as I get it out.” What’s more unusual is that Mimo and Momo love bread. “It started when they were pups. They stayed with my mum and when she had bread breakfast, they would jump up and down with excitement. She gave them a bit, and ever since we’ve just taken it from there.

“It can be any kind, posh or straight out of the bag. Honestly, I’m still amazed by it, but they are wild about it.”

Mimo and Momo get treats every single day. “I give it to them when I want them to do anything, ” Rove shares. “Like I go out, I give them a treat. Then when I get back, they get a treat too. It’s part of the positive reinforcement.”

Janice Tan, a dog trainer from Penang, is the proud owner of Belgium Malinois Zena, 13, Zufin, six, and Zaya, three, as well as Zoelle, eight, a Belgium Tervuren, and Zammy, a two-year-old rescue mongrel who has just been chosen as the talent for a TV Commercial.

“I use treats during my positive enforcement training, and so I make my own. With homemade snacks, I know exactly what’s in them. Just today I made a batch of dehydrated baby pomfret. They also love liver, pork and chicken.”

“They’ve been eating fruit and veg since young, ” Tan explains. “I mix pumpkin, carrot and so on in with their biscuits. With the apples and oranges, I pop them into the dehydrator first. They also get goji berries, which are supposed to be good for eyesight.”

Michelle Woo, a sales rep in Kuala Lumpur, has a brood of four: rescues Macy, 12, Bluebell, 11, and Happy who is a big puppy at two years old as well, as Tinkerbell the 11-year-old Miniature Schnauzer.

“Macy and Happy love meaty snacks, ” Michelle shares. “The neighbours are really sweet, they give us meat from soup, and those two love that.

“Happy steals fruit from Dad’s garden. As he’s young and playful, he tears things down and chews on them. He ate some papaya and decided he liked that, and then one night he chewed on a pineapple and discovered it’s sweet inside. Now he treats himself to both. It’s a race between him and dad.

“Tinkerbell and Bluebell love pet shop treats like jerky, but they also adore salad. When I take lettuce out of the container, they’re over instantly, sitting and waiting. They like their jerky but salad leaves excite them. Curly, iceberg, it’s all good as far as they’re concerned.

“Macy was abused and neglected as a pup, so she’s not picky. She likes biscuits and all kinds of doggy treats. But as she’s a big-sized girl, we also give her big beef bones. She enjoys chewing on those.”

Dogs' bodies don’t work like human bodies so there are a number of common foods that can kill dogs.

The sneakiest of these is Xylitol, an artificial sweetener that is hidden in peanut butter, jam and other human foods. Xylitol is linked to dog liver failure, seizures and brain damage. Although vets are uncertain, some believe it has the same effect on cats. Therefore, always read the label on human food, and if you’re not totally certain, don’t share with your pet. 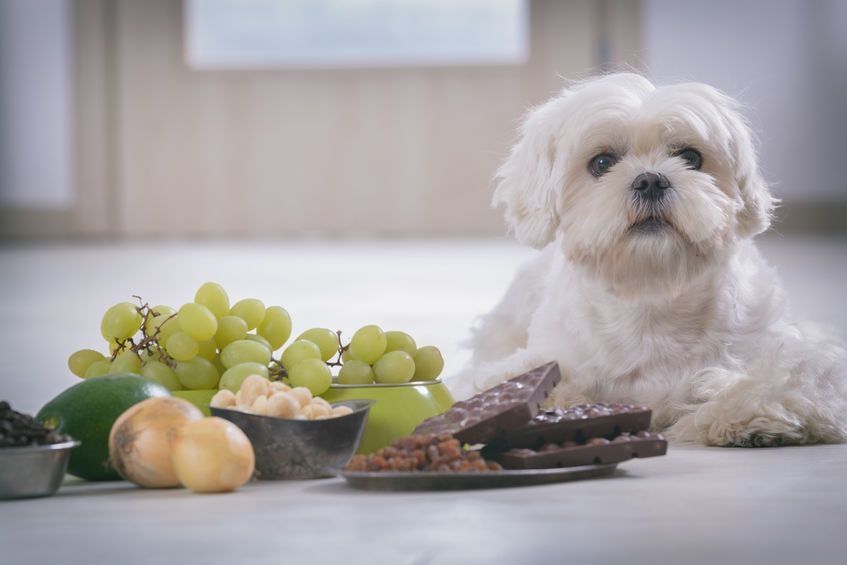 Chocolate, coffee and caffeine contain methylxanthines that help human people be more alert. However, for dogs and cats, these compounds are very dangerous. Even a little amount can cause vomiting, dehydration, racing heart; more can be fatal.

Note: Dog and cat “chocolate” buttons are specially formulated to look like the human treat but are pet-safe.

Onions, garlic, leeks and chives are all members of the Allium family and they are dangerous for dogs and cats as they cause your pet’s red blood cells to rupture.

Grapes and raisins are toxic for dogs in that they cause kidney damage but nobody really knows why. There are also reports of cats becoming sick with them, although most kitties will avoid munching on them. So if you have a cookie with a raisin in it for Christmas, keep it locked away.

Macadamia nuts are also incredibly dangerous for dogs, and again, nobody knows why. Just one nut can cause a lot of problems, so be super careful with this. If your pet eats one, call your vet immediately. Cats appear to be okay with these nuts, but as their effect is uncertain, vets tend to adopt a "better safe than sorry" approach. 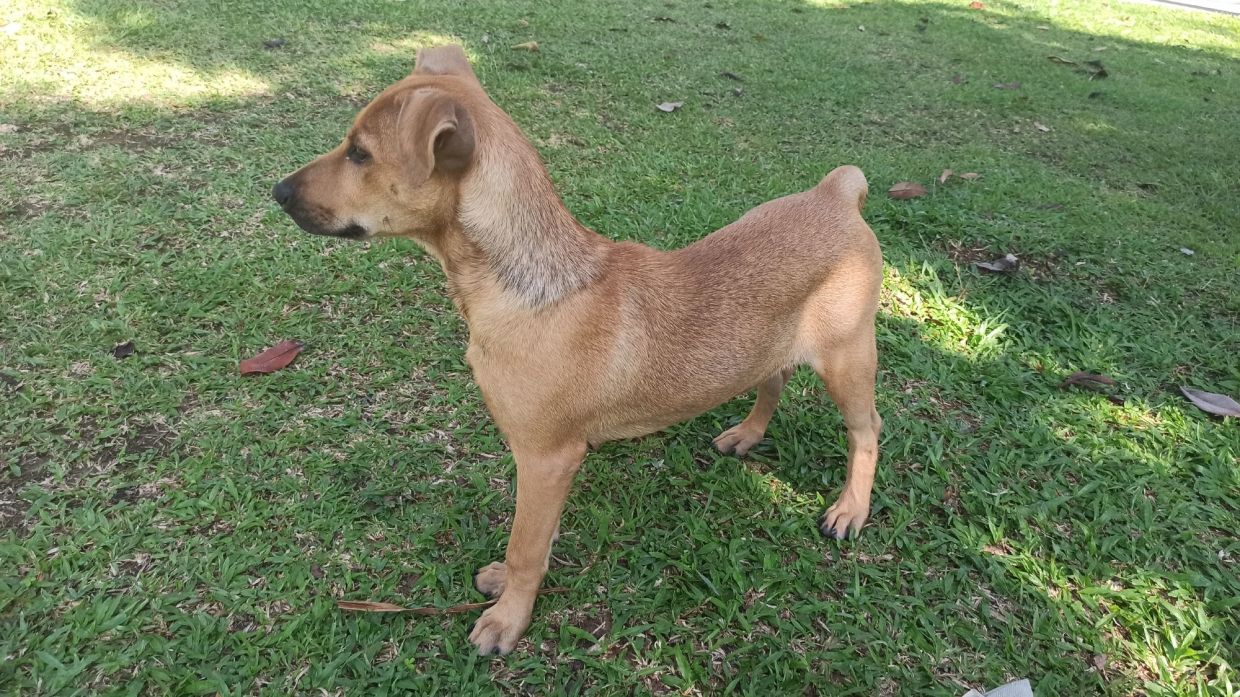 Plum is four months old, very playful and full of energy. This happy boisterous girl needs a lot of attention and she still has to be trained. Plum is looking for a gentle owner offering a forever home. As for snacks – she loves them! Interested adopters, please contact SPCA Penang at Jeti Jelutong, Jelutong, 11600 Jelutong, Pulau Pinang (tel: 04-281 6559).

Katz Tales: When a cat loses bum fur, is it due to flea bites, mites or ageing?