By AGENCY
Photos By Dpa

The search for objects from times gone by, on the banks of the River Thames, is a growing hobby.

You might find the shard of a Roman pottery, or a coin that’s centuries old. The Thames, snaking majestically through London, rewards mudlarks who carefully pick their way along its river banks with a journey back in time.

Mudlarking – the practice of scavenging in river mud for items of value – is now increasingly popular in Britain.

The term was originally used to describe those who scavenged this way in London during the late 18th and 19th centuries. Nowadays, it’s a hobby, with a growing number of fans who sift through the mud of the Thames and find a range of treasures.

“The Thames here was the great garbage dump even in Roman times. What was no longer needed was thrown into the river, ” says Vanessa Bunton, of the nonprofit organisation Thames Explorer Trust, during a guided tour.

The Thames’ tidal flow means the items discarded by earlier inhabitants of London are regularly churned up, washed to the surface and flushed back into the river’s depths. Those objects might date back to the Middle Ages, or perhaps the Victorian era, along with the detritus of the Industrial Revolution.

Clay pipes are the objects most commonly found by mudlarks, dating back hundreds of years. Back then they were sold stuffed with tobacco. Smokers bought them and then discarded them after use – a bit like an early version of today’s cigarettes. 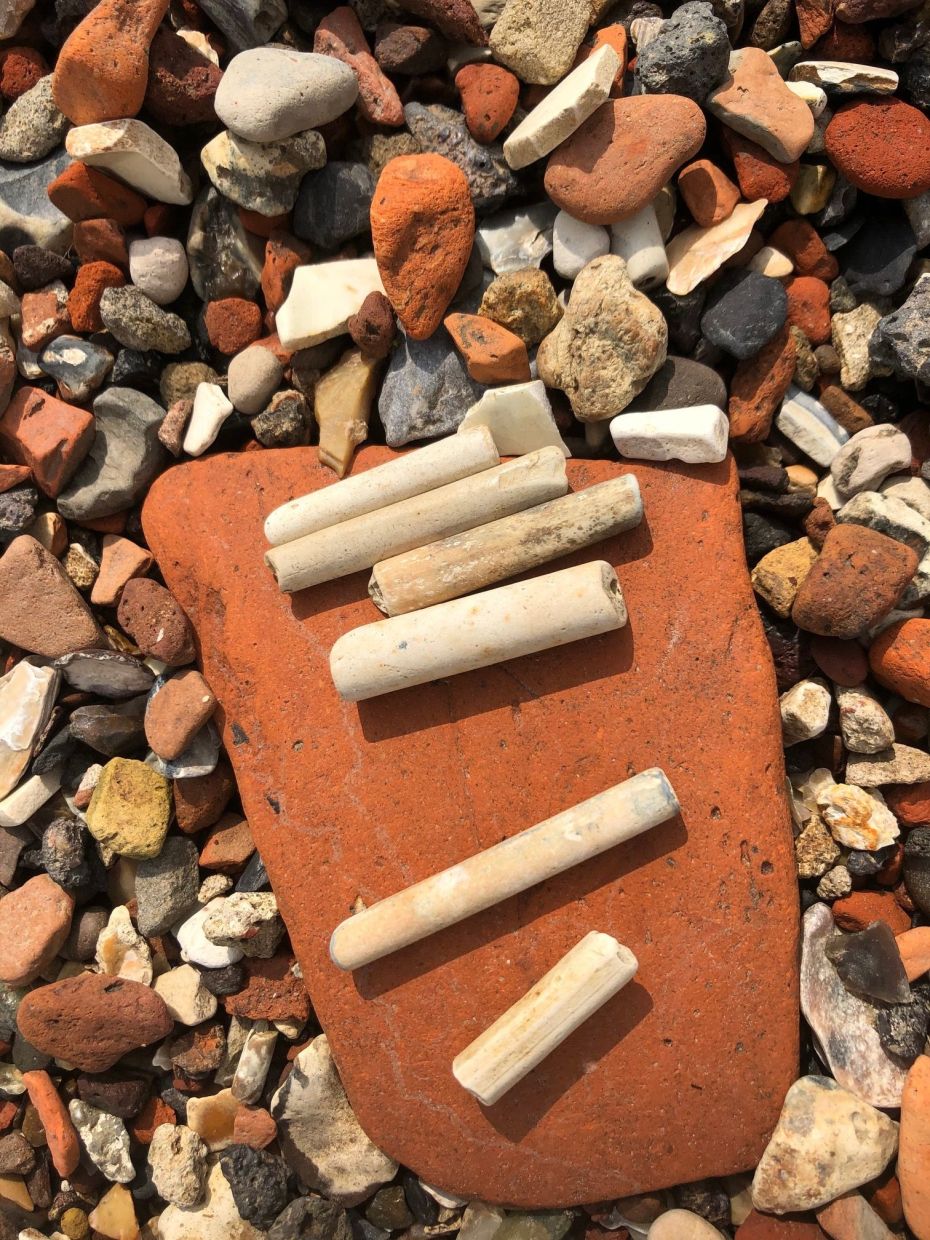 Clay pipes lie on a stone on the bank. In earlier centuries clay pipes, which were already stuffed with tobacco when they were purchased, were thrown into the Thames after being used once. Dockworkers often shortened the long stems before smoking them, which are now found en masse on the banks of the Thames.

“The tobacco came from America and was very expensive. The pipes were therefore very small at first and only grew larger later, ” says Bunton during her two-hour tour of the city.

Sometimes mudlarks discover a whole pipe; often, they find the many shards that are embedded in the gleaming mud. Not all are the same shape, she says. “The Thames workers cut the long pipe stems so that they could work [and smoke] better.”

In the past, Londoners did not only smoke a lot, they were also fond of a drink, says Bunton, after a brief glance at a piece of glass. “That’s part of a dark green wine bottle, and is around 300 to 350 years old.”

Other people on the tour present her with their finds. Many have discovered bones. Bunton says these are broken fragments of animal bones that people chewed on to get at the marrow.

Last week, one person on her tour found a human bone, she says.

“Her day was over. She had to report the find to the police, ” says Bunton. That meant spending hours at the police station.

Mudlarking is governed by strict rules. People can only take what they can see with the naked eye. Digging is forbidden unless you have an official permit from the port authority.

However, if what they find is particularly valuable, then it has to be reported to the Museum of London. 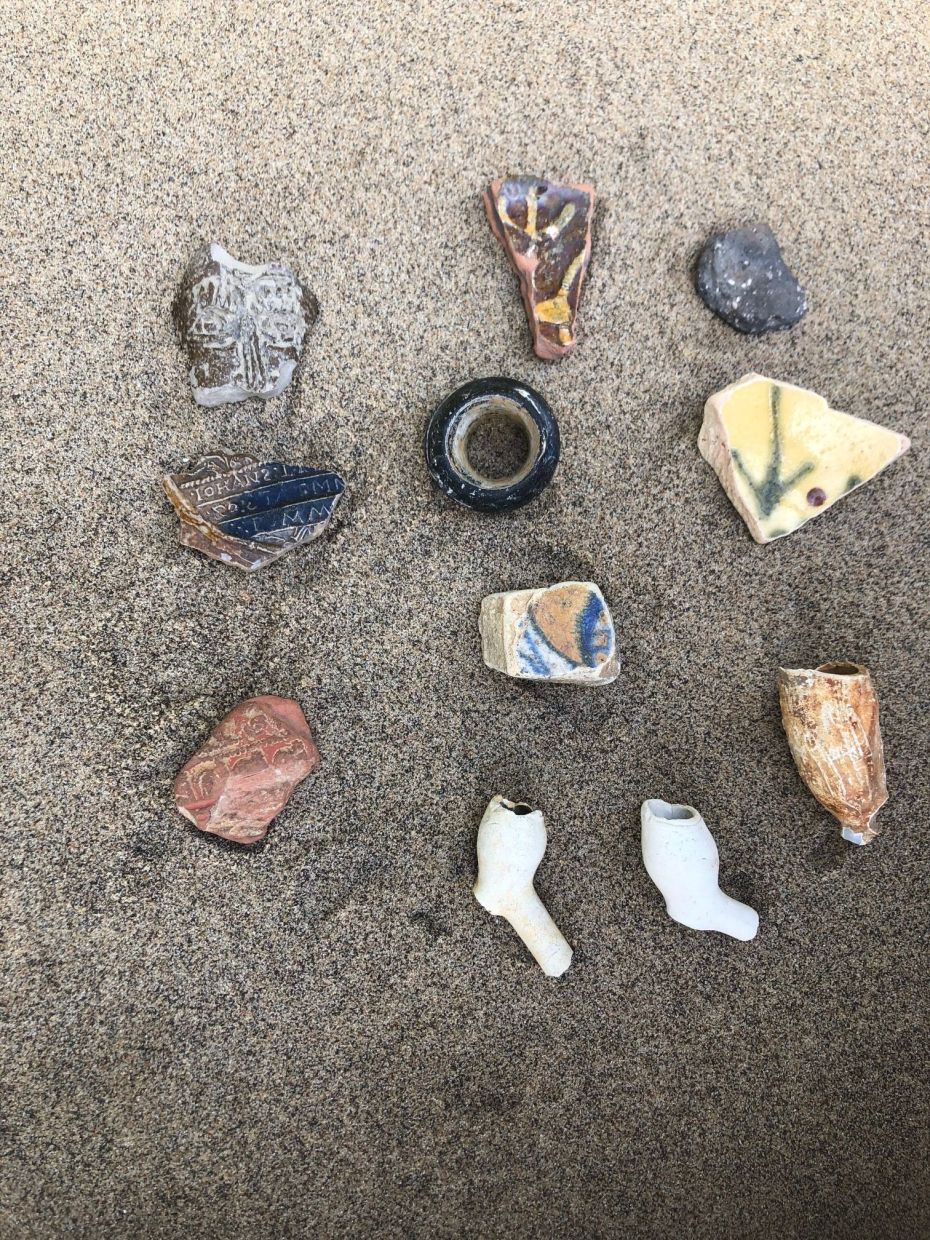 Shards of vessels, some of which date back to Roman times, and heads of clay pipes lie on the banks of the Thames. The tides stir up the river bed and wash many relics to the bank.

Bunton, an archaeologist, is one of the many people offering guided mudlarking tours. It can be a dirty business, given the germs that live in the river, so participants are advised to wear disposable gloves and sensible shoes.

Plenty of historical objects can also be found in the areas close to the Thames, as the river used to be broader, and some of its tributaries are underground.

Construction work often reveals objects from Londinium, as the Romans dubbed the city. During the building of Bloomberg’s European headquarters in the financial district, excavations revealed over 14,000 objects ranging from leather shoes to 400 handwritten wooden panels, including an almost 2,000-year-old promissory bill. Now, some 600 artefacts can be seen in an exhibition in the building. They are exceptionally well-preserved, thanks to the damp muddy ground conditions, says Sophie Jackson, an expert at the Museum of London Archaeology.

Most mudlarks can only dream of such discoveries, but they find many fascinating objects nonetheless.

Bunton says her favourite find was a 500-year-old knife handle, made from the bones of a calf. 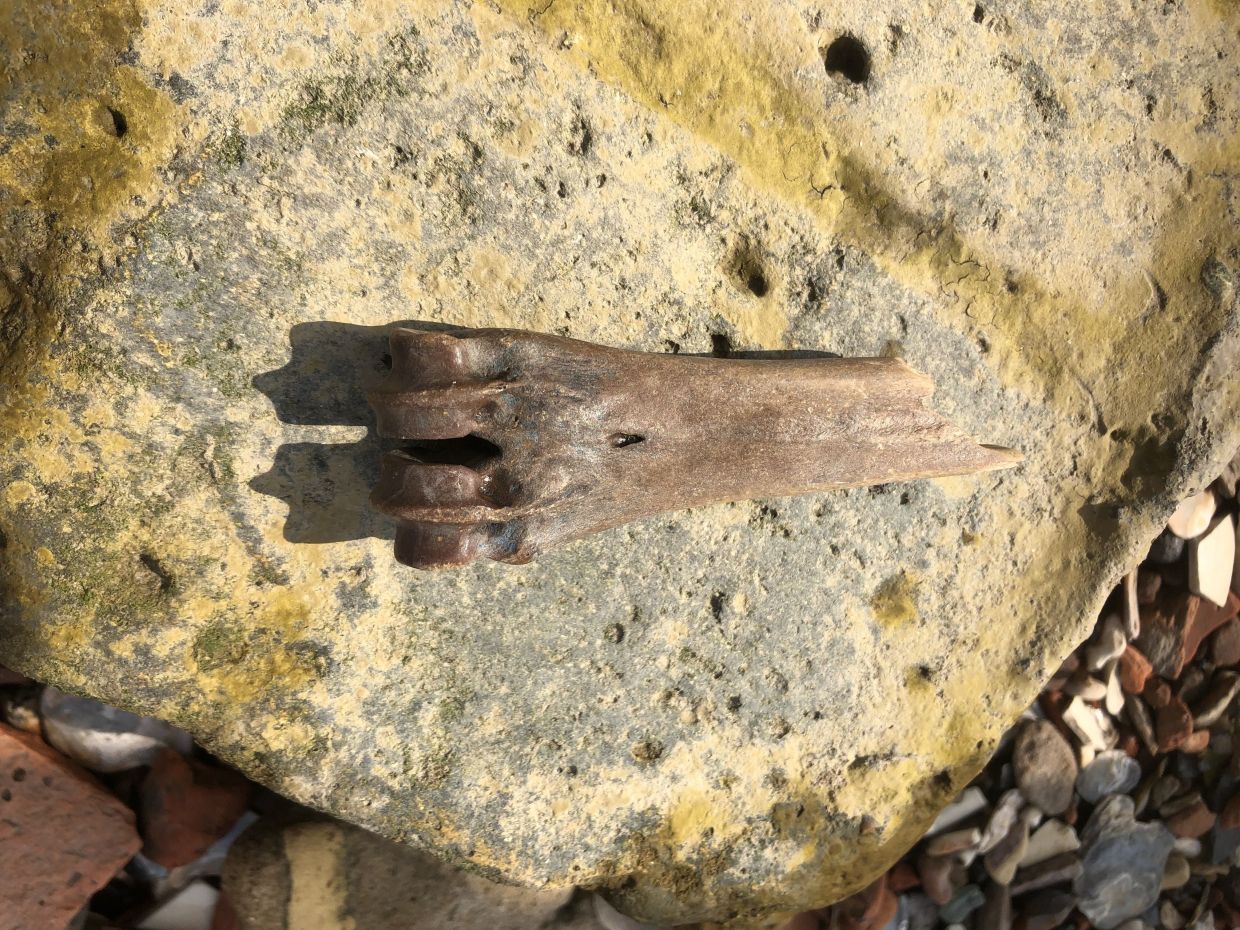 An animal bone lies on a stone. On the banks of the Thames in London, mudlarkers often find old, discarded animal bones that people have broken open to scrape out the marrow and eat.

She says one of the best things about mudlarking is the regeneration of the Thames. “There are seals again.”

The times when the Thames was known for the “great stink” are thankfully past, she says, referring to the summer months of 1858, when the hot weather exacerbated the smell of untreated human waste and industrial effluent in the river.

The earliest mudlarks in the 18th century were poor children, hunting for wood and string along the banks. The activity’s popularity is now partly due to a bestseller by Lara Maiklem called Mudlarking: Lost And Found On The River Thames.

Her prize-winning work describes the treasures she has found in the mud over the past 15 years, from Roman rings to a 300-year-old skull she nicknamed Fred.

He’s now being studied by archaeologists, she says. – dpa/Silvia Kusidlo

Here's why your home's flat roof should be part of the garden
At the workplace: How to package your feedback constructively
Heart and Soul: My mother had the makings of a wonderful nurse
A Lebanese doctor’s drive to curb the virus with man’s best friend
What is 'chrono-urbanism'?
3 Malaysian bars make it on list of Asia's 50 Best Bars
North Korean refugees garner fame, profit and understanding with their YouTube stories
What will the workspace of the future look like?
Your walls are begging for colour. What's best, paint or wallpaper?
Your brain can be plastic if you want