Is it unsafe or illegal when driving in flip-flops? 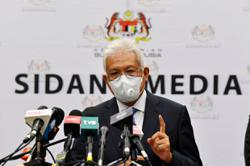 Flip-flops aren’t illegal in many countries, and yet getting a fine from police for wearing them while driving isn’t what you need to primarily worry about but your own safety. — dpa

When it’s hot outside, it’s tempting to wear flip-flops or even take off your shoes for the drive home. However, while it’s certainly more convenient after a trip to the pool or beach, is it safe to take the wheel in such attire?

Many countries, from South Africa to New Zealand, don’t have specific legislation that bans drivers from wearing flip-flops or going barefoot.

And yet it’s not the law you need to worry about but your own safety – and possibly your insurance coverage.

That’s because if you’ve been in an accident while trying to brake the car in flip-flops, flimsy slippers or high heels, there’s a chance it could be used against you to show you were at least partially culpable.

In Germany, for example, you might not get coverage for damage to your own car if gross negligence was the cause of the accident where footware played a role, according to the German Insurance Association (GDV). While most insurance will cover damages independently of the driver’s footwear, there could be a reduction in comprehensive coverage if the driver is deemed to have been negligent.

In theory, you could also face criminal charges, since improper footwear while driving could be seen to go against the driver’s obligation to exercise due diligence.

Moreover, there’s a risk of the driver’s feet slipping off the pedals in dangerous situations, such as when emergency braking is required.

“Due to the extended foot posture, a driver with high heels cannot transfer enough pressure from the ball of the foot to the pedals, ” says accident expert Achmed Leser. “In an emergency situation, this can have fatal consequences.”

Also unsuitable for driving, despite not being banned, are high heels with their small contact surface having an increased chance of slipping off the pedals.

In the event of an accident, these risks will be taken into account and could be used against the driver by investigators and insurance companies when claims are made.

Taking off flimsy shoes and driving barefoot isn’t a solution, either, say AA driver’s associations in several countries, and there’s still a risk of your foot cramping up or slipping from perspiration. Finland brewery launches NATO beer with 'taste of security'
Fish and skeletons the inspiration for car designs
Malaysian organisation empowers Orang Asli communities affected by the pandemic Premium
The dangers of being too reliant on monoculture and genetically modified food
My Pet Story: The cat who founded a sanctuary
Scientists discover a way to prevent ice crystals in your ice cream
Why Russia's invasion of Ukraine could also threaten dolphins
Ros� wine is elevating its image with new blends and players
Composting toilets help to conserve water
Paris plans green makeover of Champs-Elysees for Olympics