A section of the Death Railway bridge over the Kwai Noi River in Kanchanaburi province, Thailand. — 123rf.com

The Death Railway line from Ban Pong in Siam (Thailand) to Ye in Burma (Myanmar) was built over 76 years ago by Prisoners of War (PoW) and slave labourers. Besides the Tamils, Chinese and Malays, a large group of Sikhs also worked on the infamous railway.

At the beginning of the construction, about 50,000 Allied PoW were taken as slave labourers. When this workforce proved incapable of meeting the tight deadline the Japanese had set for completing the railway, an estimated 80,000 to 120,000 Asiatic labourers were enticed or coerced into joining.

In early 1943, the Japanese advertised for workers – in Malaya, Singapore and the Dutch East Indies (Indonesia) – promising good wages. Some were deceived into taking up the jobs on empty promises while others were forced into it.

They had been told glowing stories of Siam, of plenty of work, high wages, abundant food, and Red Cross hospitals and hospital trains that would follow them up the line. But, later, all they found in Siam were backbreaking work, disease and death.

In August 1943, the first batch of railway men – station masters, guards, locomotive drivers, permanent-way labourers, etc – left Malaya in railway trucks bound for Siam. Their job was to help the Japanese to build and maintain their infamous Siam-Burma railway. 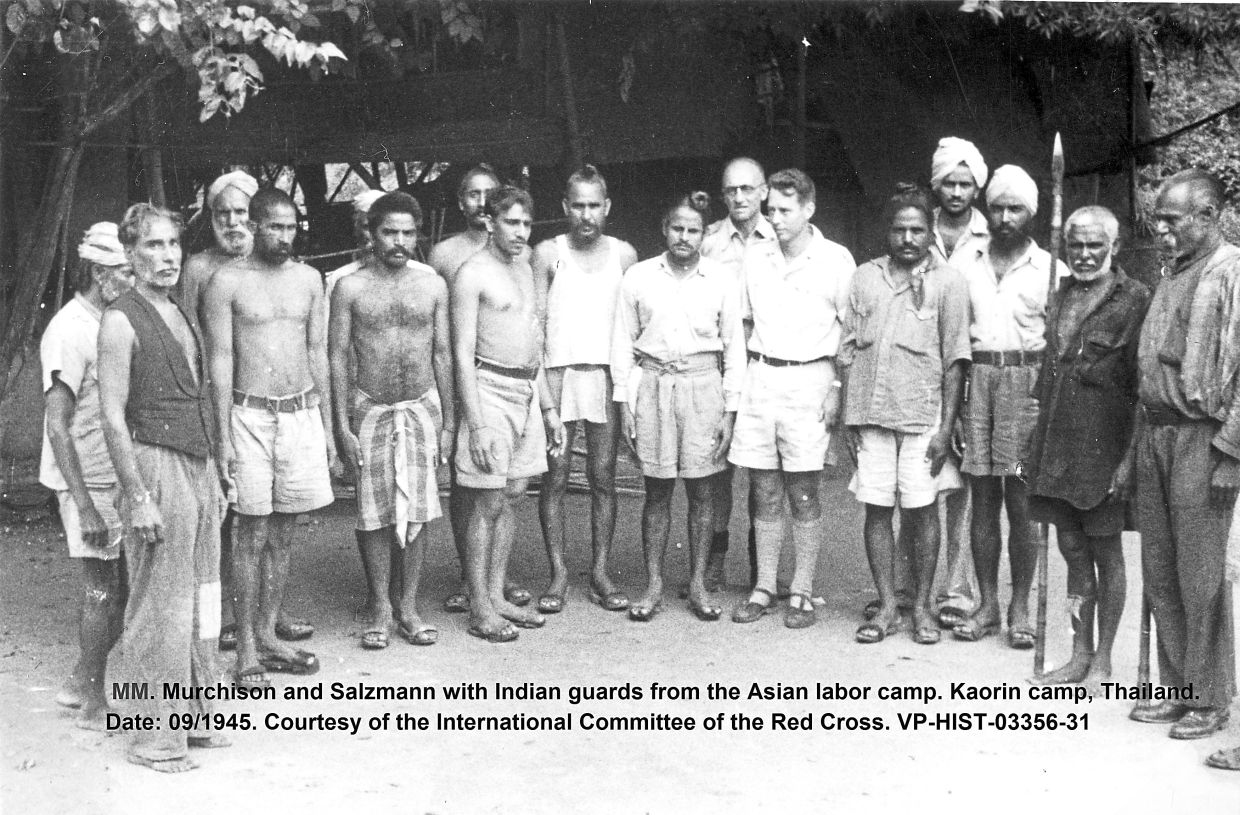 When these men left Malaya, they had no idea of the horrors and hardships that awaited them. Later, when confronted with the reality, many of the Malayans decided to return home. They could either run away or feign illness, since the Japanese would occasionally send a limited number back to Malaya as they did not have medical facilities in Siam.

However, the Japanese eventually wisened up to these tactics and entirely stopped any further repatriation. Without any medical aid, many died of such sicknesses as malaria and dysentery.

The more daring among the railway men secretly made their way back to Malaya with the aid of their Siamese colleagues.

The tropical climate was unforgiving. Some of the camps were infested with malaria mosquitoes, and tigers roamed about at night. The heat and humidity of the wet season gave rise to cholera, malaria, painful skin diseases, secondary infections and tropical ulcers.

The men lived in squalor, going without even basic hygiene. This was made worse by inadequate medical supplies and equipment.

Cholera, dysentery and diarrhoea were rampant in the god-forsaken places along the routes.

Starvation was also a threat due to the physical nature of the work and with food in short supply.

Many succumbed to malnutrition and contagious diseases.

This decimated the workforce.

Torture and punishment meted out by the Japanese guards were commonplace. Punishment was imposed for any reason, from not working fast enough, to looking at the guards the wrong way.

Inflicting pain using bamboo rods, rifle butts and burning cigarettes were the favoured forms of punishment. The terms of the Geneva Convention were ignored by the Japanese who made up rules and inflicted punishment at the whim of the Camp Commandant.

When the Japanese surrendered in August 1945, many Malayan labourers were scattered along the length of this railway line. Those who survived were abandoned by the Japanese and told to find their own way back to Malaya.

For many, liberation came too late. Those who survived told stories of hardship and horror, disease, suffering and death in the faraway jungles of Siam-Burma.

A Japanese wartime military monument in Kanchanaburi, Thailand, bears inscriptions in English, Thai, Chinese, Bahasa Malaysia/Indonesia, Tamil and Vietnamese - a clear indication that labourers from those language groups worked and died during the construction of the Railway. This has been part of a project to document the Malaysian Sikh community’s involvement in the Death Railway.

The following were some of the men who had a role in the construction of the Railway.

Harnam Singh (son of Inder Singh) and Kalwant Singh Judge did not volunteer their service but were made to work as station masters at Wampo and Tha Sao in Siam (now Thailand). They were civilian prisoners. Both survived the war. Harnam SinghPahang-born Harnam Singh worked alone from a small station at Tha Sao (Tarsau). His job was to pull the levers to change the track when he heard the trains coming. The place where he worked was infested with disease-bearing mosquitoes.

He escaped Tha Sao by hiding in a rail cart that held dead bodies of PoWs. He hid right at the bottom because, when the train stopped, the Japanese would use their bayonets to stab the dead bodies to ensure no living souls escaped.

After the war, Harnam Singh rejoined the railways and served as station master at Batu Tiga, Shah Alam, Selangor.

He retired as chief clerk at the Parcel Office in Kuala Lumpur Railway Station around 1973.

Kalwant Singh Judge worked at Wampo (Wanpo) as a station master. He suffered acute eczema when he was in Siam.

He usually bathed in the river. One day, while he was bathing, he stepped on a sharp piece of bamboo and injured his foot. His leg became septic, and the Japanese wanted to amputate his leg. He manage to persuade them to move him to Kanchanaburi where there was a field hospital. After his treatment, he was allowed to return home.

In his diary, he mentioned other labourers from Malaya who also worked on the Railway: Kapur Singh from Klang; Jora Singh from the postal department who lived at the government quarters in Lake Gardens, Kuala Lumpur; and Lambrogan, a locomotive driver. They all survived and eventually returned to Malaya. During the post-war period, Kalwant Singh Judge continued to serve with the railways. His British officers were aware of his plight and qualifications, and placed him on the permanent salaried staff list. He rose to the rank of senior officer, serving in Pasir Mas, Prai, KL, Seremban, Singapore and finally Port Klang, before retiring in 1970.

A keen hockey player, he served in sporting organisations, including the Malayan Sikh Sports and the Malayan Hockey Federation. He was one of the founder members of the Malayan Olympic Council in 1954 in preparation for the Melbourne Olympics of 1956.

He settled back in Punjab in 1972 along with a few other railway men and established the Malayan Singapore Pensioners Association.

When Burma became the front line for the Japanese, it was vital for them to transport things to and from Burma quickly. So, the Japanese gave orders for the rails, steel bridging and other materials of the Malayan railway network to be pulled up and then laid between Siam and Burma.

As each section of the rail was finished, the men moved along to different camps along the route of the 200-mile (322km) rail link. The line was built at breakneck speed.

Harnaik Singh, son of Arjan Singh, was a labourer in the tin mines of Tronoh, Perak, before he worked on the railway.

His job at the Siam-Burma railway was to dismantle existing railways lines and sleepers from Malaya, and transport them back on the wagons to Siam and lay them there. He passed through dense rainforest and over rugged mountains between Siam and Burma.

When the Japanese surrendered in August 1945, Harnaik Singh and many others sought shelter from the local Siamese. They worked in their farms. In return, the farmers gave them food and shelter, and treated them before they were repatriated.

Their repatriation from Bangkok was by sea via Singapore. Harnaik Singh together with his wife Bant Kaur @ Mae Niam and some of his friends returned to their hometowns in Malaya. 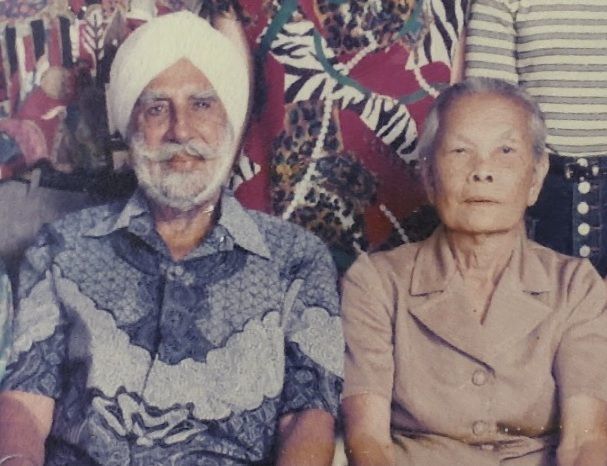 Many Malayan labourers were in a terrible state of malnutrition and disease and very few were capable of making even the journey to Bangkok.

Harnaik Singh became a “bullock carter”, helping his brothers. Later, when the tin industry started to flourish again, he rejoined it as a guard at a mine in Tronoh. Before long, he was recruited into the reserve police force during the Malayan Emergency period.

Outbreak at the camp

Anand Singh (“Nand”) and many others from Malaya arrived in Siam by rail.

They were taken to a quarantine camp where they were inoculated and then ordered to march further, all the way to Tamarkan camp, about 5km from Kanchanaburi, Siam. They had to walk for a day or two; their journey was a nightmare. Many of them were hungry, thirsty and dying. 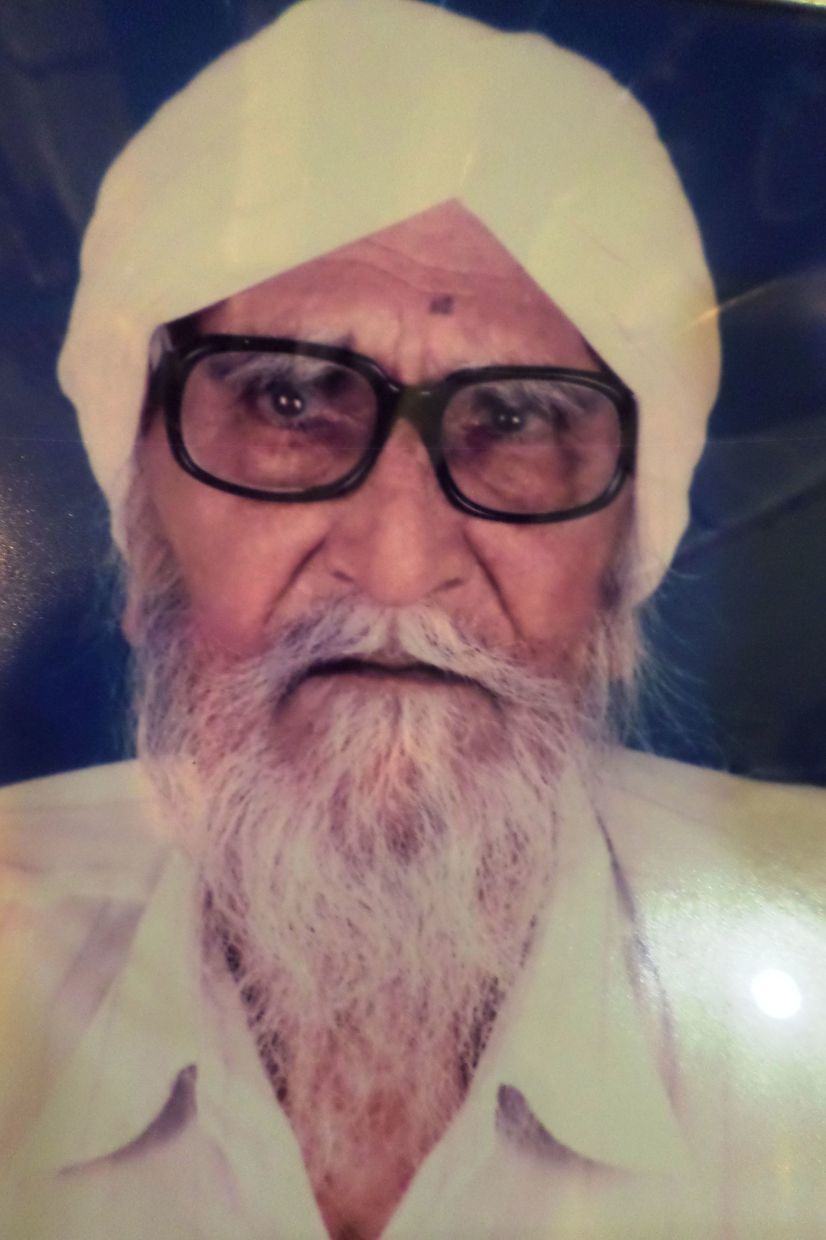 Anand SinghAnand Singh was employed as a guard at this camp, which was infested with mosquitoes.

They got their drinking water from the same river where they bathed.

Work went on day and night without respite. The sick and the underfed were driven out to the railway track to work despite their condition.

Disease broke out in the camp where 50 to 70 labourers died in their sleep every night; this went on for a few months. Overnight, the huts were filled with the dead and the dying. As news of this spread, the Japanese were so terrified that they began to improve the hygiene and conditions at the camp; they provided more food rations and vegetables, and gave better medical attention to the labourers.

After he was freed, Anand Singh returned to Malaya and re-joined the tin mines and during the Malayan Emergency; he became a guard in the gated village camps.

As the work schedule became more critical, they were forced to work increasingly long hours each day. In fact, the work went on around the clock.

He and some of his friends planned an escape from their camp in Burma. From the start, all the escapees were aware that their fate on recapture would most likely be execution. Despite the warnings, the men kept their spirits up. 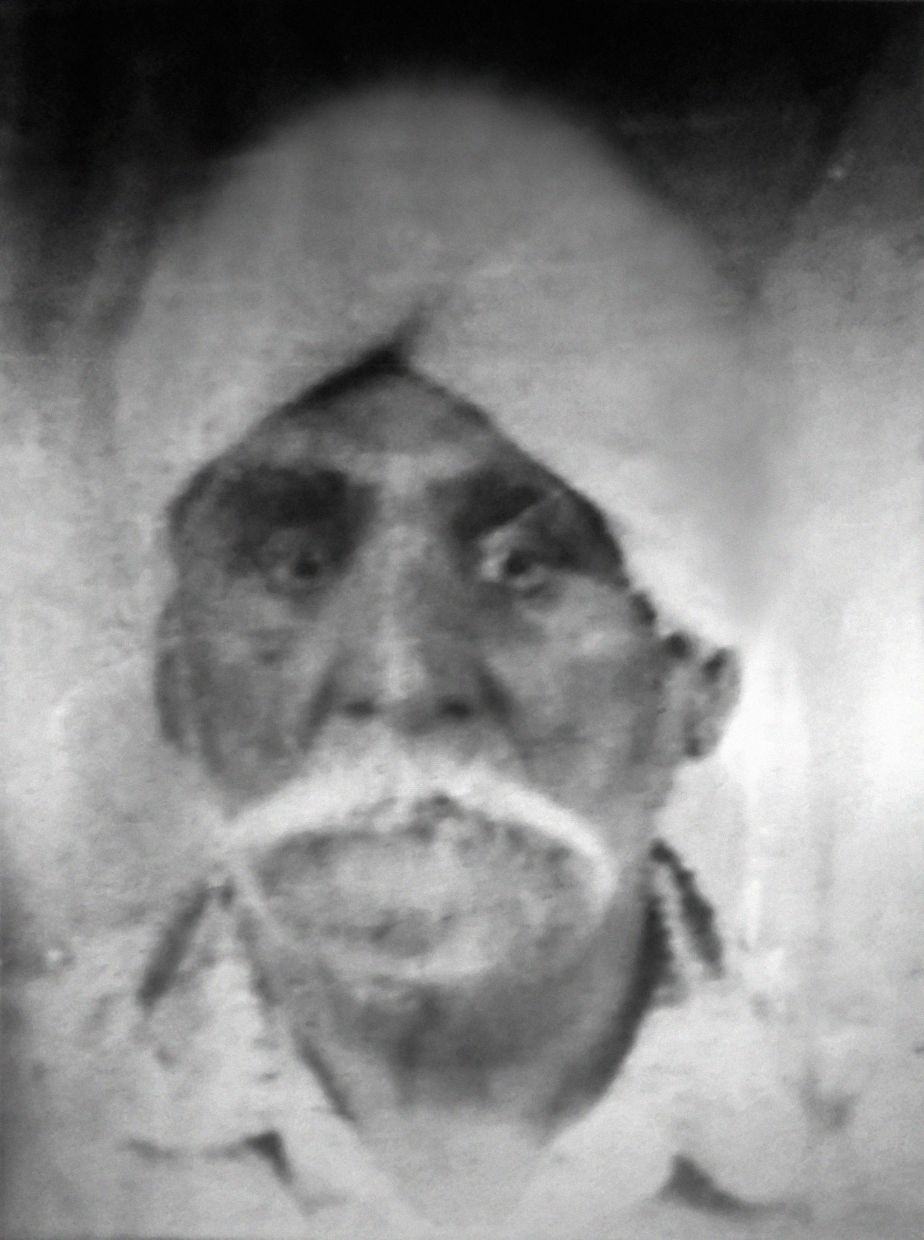 While escaping to the Burma-Siam border, Dushan Singh was shot and wounded. He and his friends managed to run into the thick jungles of Burma and evaded the Japanese guards.

They crossed the border into Siam and got medical attention from a hospital there. Dushan Singh was admitted for a month and treated for the gunshot wound on his leg.

While in the hospital, he met a good Samaritan, Mohan Singh, who later took him back to his village in Bangkok to recuperate.

Subsequently, he got married to Mae Phadhawang @ Taro Kaur.

After the war, Dushan Singh and his wife returned to Malaya and settled in Bidor, Perak. He was a labourer in the tin mines and subsequently joined the local municipal council in Air Kuning, Perak. When he retired years later, he ventured into dairy farming.

Harchand Singh Bedi has a passion for researching history and writing, with a focus on the Sikh community. He can be contacted at: harchandsinghbedi@yahoo.co.uk.

Watch the video: Descendants of Death Railway workers speak up 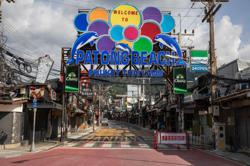 Coronavirus in retirement homes
Contradictheory: The politics of social media
10 best hanging plants for your home
Ushering in A Joyful Year
Dear Thelma: I like this girl but she's in a relationship with someone else
Car parts could be made from rice husks in the future
Forget grass: Eco-friendly, no-mow alternatives for green lawns
These Malaysians are growing vegetables on shoe racks and other small spaces Premium
When archaeologists and police team up, you get plastic skeletons
Nestl� Malaysia Promotes Behaviour Change As Part Of Environmental Sustainability Efforts