By Ellen Whyte
Photos By 123rf.com

The Shar-Pei dog breed is named for its ‘sand skin’ coat that gives it the adorable wrinkly look.

There was the viral story last month of the dog in Kuching that died from snake bite after protecting its family, and it got me wondering: when we talk of guard dogs, certain breeds spring to mind, such as the German Shepherd and the Rottweiler. However, there are Asian breeds that also have a super special rep.

In South-East Asia, the poster dog for toughness has to be the Shar-Pei. These dogs are named for their “sand skin” coats that give them their trademark adorable wrinkly look.

According to legend, these rough and tough dogs were first bred 2,000 years ago in China. Apart from their unique coats, Shar-Pei also have blue-black tongues. That is unique to them and their fellow Chinese dog, the Chow.

Unlike other iconic dog breeds from that area, like the Shih Tzu and Pekingese that were bred to be pretty pets for aristocrats, the Shar-Pei had quite humble beginnings. Some say they were bred originally to protect farm animals against bears, wolves and other predators. Others said they were bred to hunt boar and other dangerous prey.

Whatever their origin, the purpose of their rough and loose coats is to protect them in a fight. When a predator tries to grip the dog, the rough sandpapery feel of the coat is a deterrent. Also, the loose coat means the dog can wriggle about, literally turning inside its own skin, and biting back.

Today, the dogs are recognised as a pedigree and are prized by fans all over the world. When treated properly and loved, Shar-Pei are wonderfully loyal and intelligent companion dogs. They do have a strong guarding instinct, therefore early training and socialising is extremely important.

Furthermore, the wrinkled skin does need extremely careful care. The dog doesn’t do well in humid temperatures and needs constant checking and grooming. When not kept in ideal conditions, the dog develops skin issues that are costly and difficult to clear up.

While the Shar-Pei is a rough and tough street kind of dog, Mastiffs are pony-sized dogs that were bred as guard dogs but they are also prized for their gentle and sweet-natured behaviour with people.

The Tibetan Mastiff was first bred to protect sheep living in the mountains of Tibet from leopards, wolves and bears. They are big, powerful dogs with super thick coats that protect them against ice and frost. Also, they stand about 70cm at the shoulder and weigh 50-90kg.

These massive dogs are bred for power because they have to be able to take down a strongly muscled predator and survive. However, while they are quite aloof, and clearly unsuitable for urban living due to their sheer size, they are also known to be soft in nature. 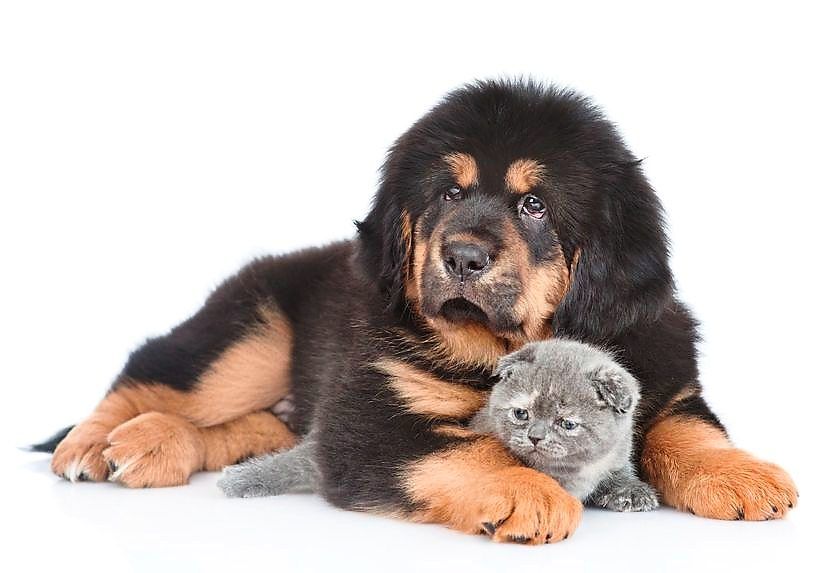 Powerful and massive, the Tibetan Mastiff dog is also gentle and sweet-natured.

It is one of the most ancient dog breeds in the world, with DNA studies suggesting it has been around for some 58,000 years – much longer than many other dog breeds that can be traced back to their common ancestor, the Grey Wolf, some 42,000 years ago.

Pedigree Tibetan Mastiffs are quite rare but it is thought that these dogs were sometimes given as gifts by international travellers and that they may also have travelled along the Silk Road, the ancient trade route that linked Asia and Europe from the 2nd to the 18th centuries.

Another possibility is that other mountain folk have bred dogs for the same purposes and have come up with similar looking breeds.

In Spain, the Pyrenean Mastiff are known for their bravery in fighting off wolves, bears and other predators attacking sheep, cattle and horses. These dogs have been prized there for at least 3,000 years. Today, they still work but they are also pets – for people who have big enough properties to house them.

In Britain, mastiffs were first called Alaunts, and were used to hunt boar, bears and other large prey. They were also used in battle, fighting while wearing studded collars and protective coats just like their noble owners.

When Julius Caesar, one of Ancient Rome’s biggest, baddest conquering generals, came across the Alaunt when he invaded the island in 55BC, he was so impressed that he took some back home with him.

Today, the Alaunt is known as the British Mastiff in Britain and there is a separate breed in Italy called the Neapolitan Mastiff. However, whether the ones on the continent are descendants of the British ones Julius took, and how they all connect to the noble Tibetan Mastiff is unknown.

Big brawny Shar-Peis and even bigger Mastiffs are not built for urban living but luckily there is another ancient breed that packs all that courage into a pint-sized package: the Simkhyi.

The Simkhyi is also known as the Tibetan Spaniel in English, probably because its silky coat reminded European fans of their own hunting dogs. However, the Simkhyi originally hails from Tibet, and legend has it that it was bred as a temple guard.

The Simkhyi has excellent eyesight and a sharp bark that travels really well. As such, legend has it that they would sit on the walls, barking to alert monks working below that people were approaching.

Plus, as they are pretty little pets with long lion’s manes and full of intelligence and fun, these guardians were prized as companions as well, eating and sleeping with the monks and even learning to turn prayer wheels.

Our relationship with dogs is a complex one, with some prizing them only for their “usefulness” and others thinking of them as family. While that’s a personal take, there is one thing for certain: dogs are nicknamed Man’s Best Friend because they are generous creatures who are happy to bond with us and protect us as their own, no matter what their pedigree or history.

That is a gift worth prizing.

We love dogs for their warm and loving nature, their loyalty and their companionship. It’s certainly a long relationship that goes back to the dawn of time.

How long we’ve been friends is uncertain. In the 1860s, archaeologists found human and dog remains in the Goyet Caves in Belgium that go back 36,500 years. Back then, they thought it was evidence of humans and canines living together.

However, modern DNA analysis of the doggie skull revealed the animal looked like a dog but it wasn’t related to the dogs we know today. Instead, it belonged to a similar animal that has since died out.

Although some view this as a disappointment, it does suggest our ancestors adopted and domesticated dog-like animals, which is fascinating all by itself.

Of the more solid evidence, there is a 5,300-year-old gold pendant from Uruk, the Sumerian city-state. It is definitely a Saluki, complete with feathered fur and sleek lines.

Similarly, the Metropolitan Museum in New York is currently showing a 5,100-year-old seal from Uruk that depicts a man hunting a boar with the help of a dog, also with the trademark Saluki looks.

But even more exciting, historians in Saudi Arabia are analysing rock art in the Hail Region that shows hunters using dogs on leashes chasing down deer and other prey.

In one stunningly clear carving, a hunter has wrapped the leash of his two dogs around his waist and he is holding a bow and arrow while the three of them confront a lion.

The area is covered with similar pictures, clearly showing different animals being hunted and with the humans and the dogs working together. The teams investigating the area believe the carvings are 11,000 years old and hope to prove it with scientific analysis.

How far back we can prove our inter-species friendship goes is anyone’s guess. But it is interesting to consider what those people back in prehistoric Belgium and Saudi would say if they could see how their wolf-like companions have evolved over the millennia. Think they’d be surprised? 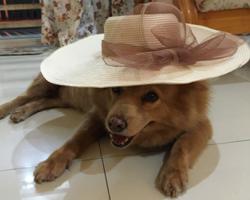 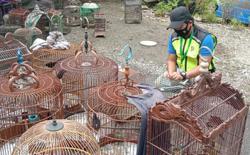 Secret lab sniffs out fake euro bills
Malaysians make tiger-themed treats for a roaring Chinese New Year
How Ireland is promoting cycling in both urban and rural areas
We can’t just blame the rain for Malaysia's disastrous floods in December
Could a 'camping office' be part of your next job offer?
Jumping on the electric bandwagon Premium
Why Milan stands out as an example of the 'resilient city'
Workplace: Conferences going online helps reduce carbon footprint by 94%
'Weed' your negative thoughts and cultivate a peaceful mental garden
Heart and Soul: Starting life in a nursing home