Envision yourself strolling along or enjoying snacks at the landscaped riverfront of two historic rivers in Kuala Lumpur, Sungai Klang and Sungai Gombak. In three years, that and more are set to materialise as part of the RM4.4bil River of Life (RoL) project, which involves those two rivers plus another six tributaries, all located within the Greater KL and Klang Valley region.

The three major components of the project are river cleaning and beautification, plus commercialisation and tourism. A total of RM3.4bil has been allocated to clean up the eight rivers, which cover a combined 110km. The goal is to get the current Class III-Class IV water quality (not suitable for body contact) to Class IIB (suitable for recreational usage) by 2020.

Beautification will focus on a 10.7km stretch along the Klang and Gombak river corridors (by 2019), while commercialisation and tourism within the same riverfront will take place from 2020 onward.

Approximately 170,000 tonnes of rubbish each year end up in the Klang River, some of which comes from mostly untreated sewage discharged directly into the rivers, causing major pollution.

A rubbish trap along the Gombak river. Someone has even discarded a whole fridge. Photo: Bernama

Ng, director of the river basin management division of DID. Photo: The Star/
Norafifi Ehsan

Ng Kok Seng, director of the river basin management division of the Drainage and Irrigation Department (DID) said identifying the source of pollution is key to the project (DID is heading the River Cleaning Task Force). The bad news is that about half of pollution comes from icky toilet waste or sewerage.

“Ongoing works like sewerage treatment plant upgrading and connection of individual septic tanks into treatment plant networks are all on schedule,” said Ng, over an interview at his office.

By 2020, the aim is to drastically reduce such sewerage pollution. But there's one hitch: The old housing areas, which have individual septic tanks that discharge waste into the river, constitute about 20% of the total project. “Even if we have a combined system, we are not sure if the individual houses will pay to connect to the main sewerage system,” said Ng.

Connecting to the main system will mean hacking the kitchen area in those houses, which residents may be reluctant to do even if the costs of reconnection are borne by government agencies.

To help achieve the project’s goals, DID, together with the Global Environment Centre (GEC), is spearheading the River of Life Public Outreach Programme (RoL-POP), which first started in 2013. The programme involves on-the-ground education so that people care more for rivers.

RoL-POP started with Phase 1, involving the upper Klang River basin. Currently, the programme is into Phase 5 and more work will continue till 2020. Phase 5 covers a catchment area of 98sq km within the municipal area of DBKL, involving Sungai Gombak, Sungai Batu, Sungai Jinjang, Sungai Keroh, and the western part of Sungai Klang.

The target groups under the programme are 1) the local community; 2) education institutions; 3) food establishments (hawkers, workshops and wet markets); 4) industry, corporations and developers; and 5) the general public. One main aspect of the programme is to educate the public on the need to desludge their septic tanks.

The local community scooping up rubbish from Sungai Batu, part of the River of Life project. Photo: GEC

These Are Our Rivers

“Currently nobody bothers to desludge because it is not compulsory to do so yet for individual septic tanks,” said Dr K Kalithasan, coordinator of GEC’s river care programme and RoL-POP project coordinator.

“That’s why we want to show people what is the impact on the Klang River by not desludging. People always complain that the river is so dirty without really knowing that they are one of the factors of the pollution.”

Another challenge is in changing the mindset and behaviour of people, which is a long term process. Ng said it’s unfortunate that people still see the river as a place to throw their rubbish and don’t see the importance of maintaining clean rivers.

“When the government has to clean the river, the money comes from taxpayers, so people need to think about this before they pollute the river. The river belongs to everybody. When we take care of the river, we will have a cleaner environment, better quality of life, and the economic value of the surrounding areas will also go up,” he emphasised.

Maintaining clean drains is also a crucial part of keeping our rivers clean, said Kalithasan. “Housing and monsoon drains all lead to the river. If everyone can look after their own backyard, it will save the Government a lot of money. We want people to be proactive and responsible, and treat our river as an asset and not a liability.”

Ng added, “Ultimately, we want people to own and adopt the river. Once they do that, it’s like their own house and they will take better care of it.”

Kalithasan said 50 years ago, people depended directly on the river for their source of water, food and transportation. “But communities now are disconnected from the river. Under our RoL-POP strategy, we want to reconnect them and highlight that they are the root cause and also beneficiaries of the river’s condition,” he explained.

The Public Outreach Programme will also see the “Citizen Eye” app launched by end of the year. The app allows the public to snap photos related to the RoL project and send them to the relevant parties and authorities for action or as information.

“There are limited resources within the relevant agencies,” said Kalithasan. “That’s why we are empowering the local communities, general public and even schools to be our eyes and ears. Through the app, we also want to highlight and share the good work being done by various communities.”

Currently, about 70% of the communities within the programme is involved in Whatsapp groups to keep abreast of the project’s development. “This puts pressure on agencies, consultants and also NGOs, so it’s a win-win situation,” he said. 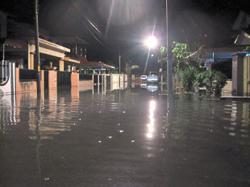