During the tenure of my service, I was involved in a number of disaster relief activities, including two major disasters. They were the Japan Airlines (JAL) aircrash of September 1977 and the Highland Towers tragedy that occurred on Dec 11 in 1993. These events and scenes remained in my mind for some time, and some unforgettable scenes linger on even now.

Whenever I am on board an aircraft for travel, the in-flight announcement: “please put your seat upright and fasten your seat belt” triggers my memory and takes me back in time to the tragic JAL aircrash near Kuala Lumpur, four decades ago.

A total of 69 passengers and 10 crew members were on board when the ill-fated aircraft crashed at 6.45pm in the Elmina rubber estate near Sungai Buloh, Selangor. At that time, there were heavy rains and a thunderstorm. An RMAF helicopter which was on a search mission was the first to locate the wreckage.

Emergency calls had been made to all the relevant emergency services. The crash site was about 5.5km from the Kuala Lumpur/Kuala Selangor road. Only light vehicles could get into Elmina estate, which was serviced by a laterite road trail.

The first responder to the emergency call was the police.

The police, and a few villagers as guides, with great difficulty made their way to the crash site at about 11pm. There were a few members of the press who had rushed there and took part in the search and rescue operation as well. Darkness, rugged terrain, fallen branches and muddy ground hampered progress.

The second line of emergency response came in too – with personnel, equipment and transportation vehicles. A reinforcement of police personnel (Federal Reserve Unit, Police Field Force and patrol vehicles) arrived too.

The police took control of the operation and coordinated the various services that were already at work at the scene of the disaster.

The services included the Fire and Rescue Service, a team of doctors and nurses from General Hospital Kuala Lumpur, University Hospital and Sungai Buloh Hospital, the Civil Defence corps, Malaysian Red Cresent Society, airline staff, members of the press and many other organisations.

I arrived at the entrance to the estate in a CD department vehicle with my driver. It was about 2.30am. The driver parked the vehicle along the main road and together we walked into the estate with torchlights. There was a Fire Rescue Services vehicle parked along the road, which was at a gradual climb. I was anxious to reach the crash site and to see how my other CD members were faring.

I managed to gather a lot of information from the Command Post. The night was still and chilly. The only noise came from the motor of a lighting generator which helped in the search and rescue operations.

The aircraft body resting on the rubber trees looked collosal, as though it was a three storey building. The burning fires were put out by the Fire and Rescue Services Unit. Yet a terrible smell filled the air. Search and rescue continued throughout the night despite difficult conditions.

Passengers trapped in the aircraft were extricated and first aid treatment was given to the injured. They were then sent off to the hospital for further medical treatment.

The hospitals were prepared to receive the casualties. By daybreak, all those who needed medical care had been cleared.

I remember many things – one passenger found his way out and sought help from the nearby village; an injured three-year-old named Maria was saved; dead bodies were placed in a controlled area and wrapped in blankets.

When the sun came up, things became easier for the search and rescue workers. I was going about with my work and came across the front section of the aircraft where two of the flight attendants were found dead. They had no visible injuries. It was indeed a tragic sight to see the two young ladies still harnessed to their seats; they appeared to be in deep sleep. I still get flashes of this tragic scene whenever I travel by plane.

Later in the morning, the dead bodies recovered were documented, tagged and sent to the General Hospital Kuala Lumpur morgue.

At the crash site, debris was strewn all over. Some of the (cargo) contents of the aircraft littered the place. Eels measuring about 20cm in length were found scattered all over the area and a shockingly large number of centipedes measuring about 15cm in length were going after the eels. The eels were probably part of the air cargo flung out from the container on impact during the crash.

By midday, all the 79 on board the aircraft JL715 scheduled to fly from Tokyo to Singapore via Hong Kong and Kuala Lumpur were accounted for. The final count was 45 survivors and 34 dead.

Looking back, it is heart-warming to note that people were quick to respond with whatever aid they could muster at the time.

At the crash site, it was a concerted effort of all workers and helpers whose primary aim was to save lives.

Above all, credit goes to the police for taking control of the operations and coordinating the various services at the crash site.

On Oct 10, 1977, the Japanese Government sent a letter of appreciation to our Government. The letter ended with a Japanese proverb “The ground is firmer after the rain”, which I took to mean that the two nations had built a closer relationship after the aircrash tragedy. 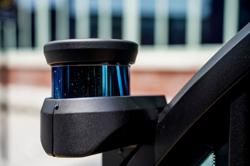 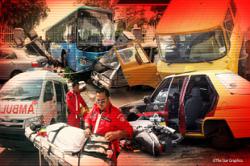 Motorcyclist dies as bike crashes into lorry in Penang