For those who work in the comics industry, there is no bigger accolade than winning a Will Eisner Comic Industry Award. Presented annually at Comic-Con International (popularly known as the San Diego Comic-Con), the Eisners, as they are known, are the comics industry’s equivalent of the Oscars and the Grammys.

The graphic novel won Liew awards for Best Writer/Artist, Best Publication Design, and Best US Edition of International Material from Asia. It had also been nominated in the Best Graphic Album, Best Colouring, and Best Lettering categories.

In an e-mail interview, Liew said that he had been fully prepared to go home empty-­handed despite having six nominations – the highest number this year.

“All the categories had very strong creators and titles. But I’d have to say after the book had won three awards, I thought it stood a decent chance of winning the final category – but it’s, you know, the year of Wonder Woman!” he said, referring to the Best Graphic Album (New) category, which was won by Jill Thompson’s Wonder Woman: The True Amazon. 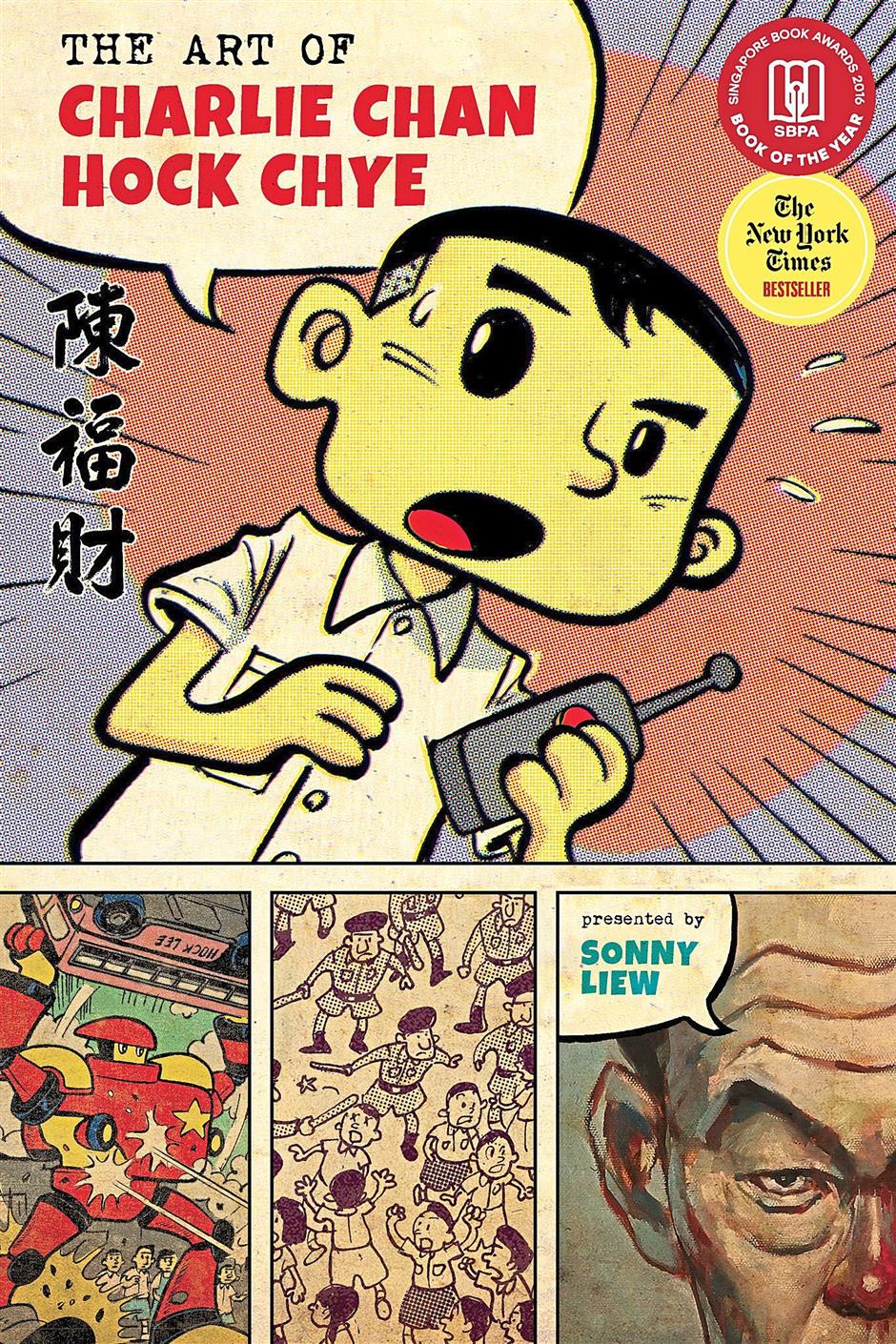 The Art Of Charlie Chan Hock Chye is essentially a history of Singapore told through the eyes and works of the fictional comics creator Chan Hock Chye. Photo: Epigram Books

Charlie Chan is essentially a history of Singapore told through the eyes and works of the fictional Charlie Chan Hock Chye, a pioneering but largely forgotten Singaporean comics artist.

Using Charlie’s works to reflect the changing political and economic environment in the island state, Liew touches on some sensitive events in Singapore’s history.

This led to some controversy when the Singapore National Arts Council withdrew the novel’s publishing grant just before its May 30, 2015, launch, saying that it “undermines the authority or legitimacy” of the Singaporean Government.

Not only did that give Charlie Chan even more attention, it also didn’t stop the graphic novel from getting praise and accolades from all over the world.

The Singapore edition published by Epigram Books won Book of the Year at the 2016 Singapore Book Awards, and Best Fiction Title at the 2016 Singapore Literature Prize. The US edition made The New York Times bestseller list for graphic novels, as well as numerous year-end must-read lists by overseas publications such as The Economist and The Washington Post.

Liew reckons the key factor in Charlie Chan resonating with international audiences despite it being a very local, Singaporean story had to do with the book’s formal approach.

“It approaches narrative in a way that maybe hadn’t quite been done before. Beyond that, it also celebrates comics history and the comics medium, and the way comics and art can be an expression of politics and history.

“So there are layers there to be appreciated even for readers who may not have a keen interest in Singapore’s history,” he explained.

Since he was born in Malaysia, Liew’s friends have suggested that he do a similar comic book for Malaysian history, but he reckons that should be tackled by someone more familiar with the subject.

“An account of Malaysia’s history would be better done by creators living in Malaysia, who are closer to the ground. But for me, the bigger issue would be to find an interesting formal approach to do it.

“That applies to other projects too – I hope to be able to find ways of storytelling that will be as interesting as Charlie Chan’s without repeating the same narrative gambits,” said the 42-year-old, who is currently researching a new original graphic novel about capitalism and also working on shorter term projects for publishers like DC, Boom and IDW. 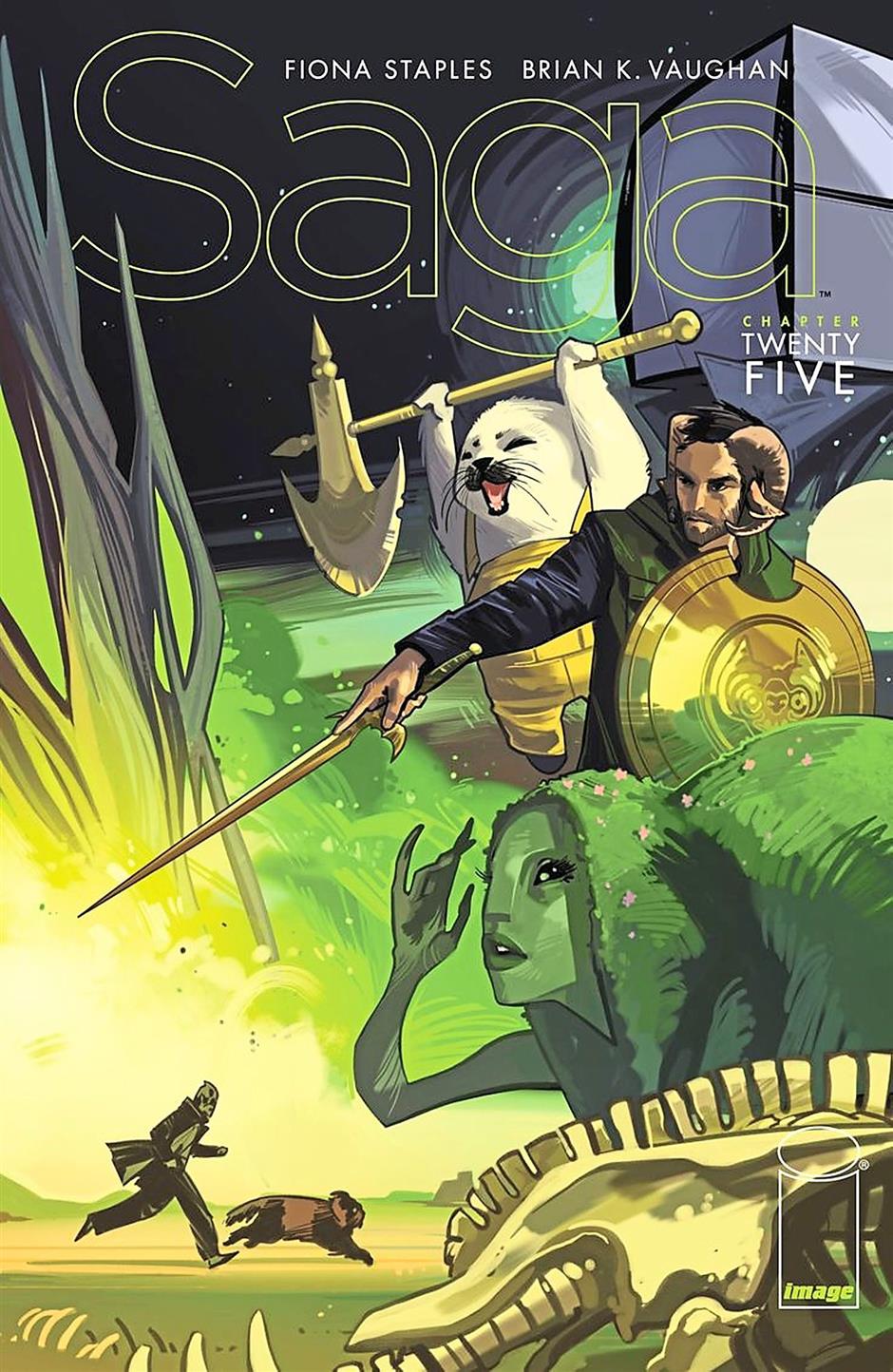 Saga continues to be one of the biggest winners at the Eisner Awards.

Liew’s wins aside, there were few surprises at the Eisners this year, with Brian K. Vaughan and Fiona Staples’ Saga continuing to reel them in.

This year, the series grabbed another Best Continuing Series Eisner, its fourth in the last five years, as well as individual accolades for writer Vaughan (who won his fifth Best Writer award and fourth for Saga) and artist Staples, who won the Best Penciller/Inker or Penciller/Inker Team and Best Cover Artist categories.

One of the biggest winners was writer/artist Thompson, who got three Eisners. She won for Best Painter/Multimedia Artist, Best Graphic Album (New) for Wonder Woman: The True Amazon, and Best Single Issue/One-Shot for Beasts Of Burden: What The Cat Dragged In, with Evan Dorkin and Sarah Dyer.

Writer Tom King won two Eisner awards, one for DC and one for Marvel. He won Best Short Story with David Finch for Good Boy, an origin story of a perennial favourite Batman character, Ace the Bat-Hound, featured in DC Comics’ Batman Annual #1, as well as Best Limited Series for Marvel’s The Vision (together with artist Gabriel Walta). 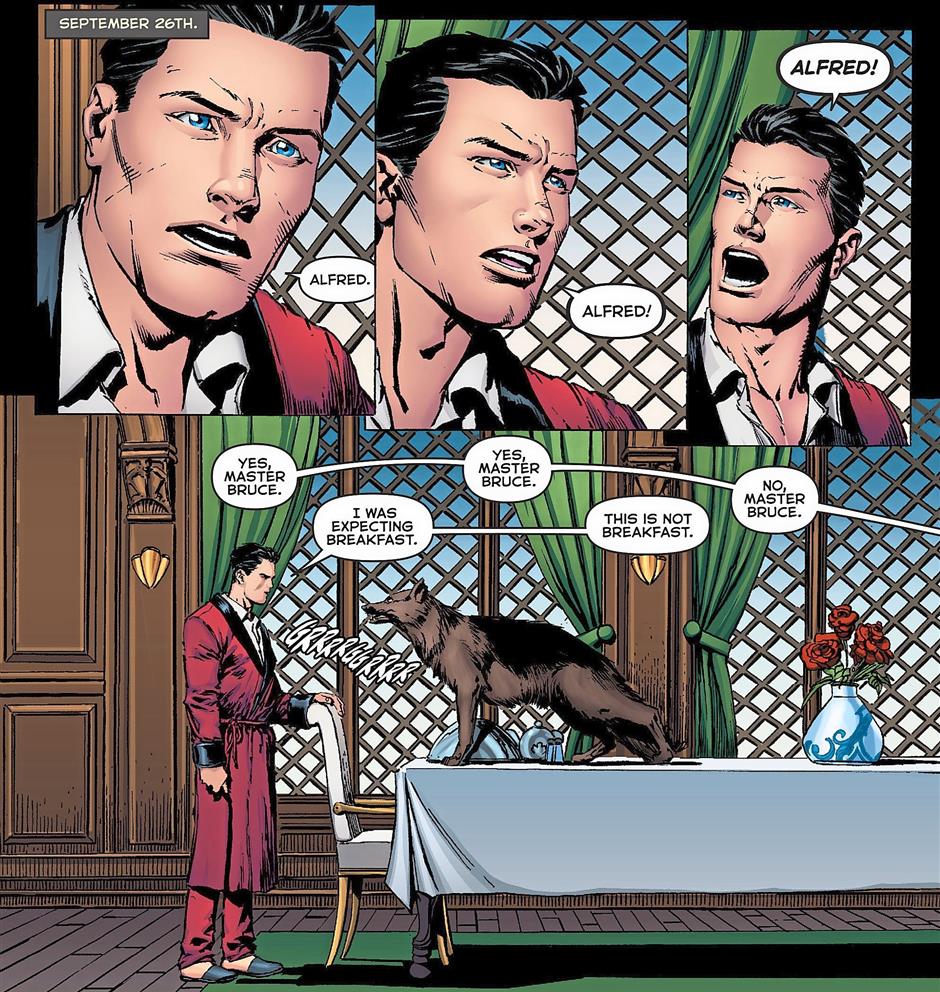 Good Boy, which won the Best Short Story Eisner, is the story of how Ace the Bat Hound came into the Bat-family. Photo: DC Comics 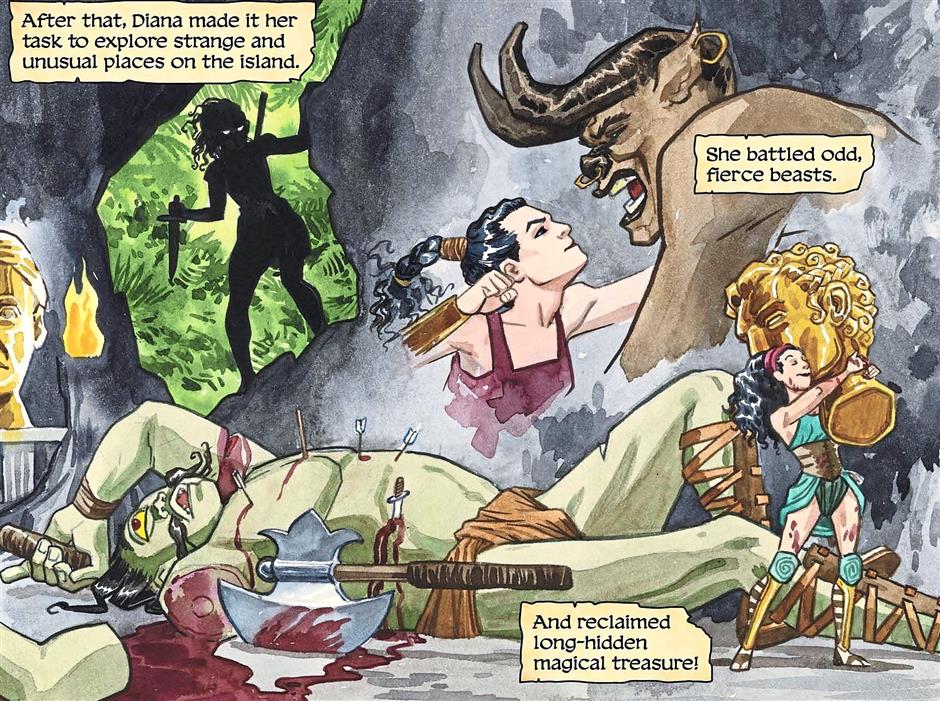 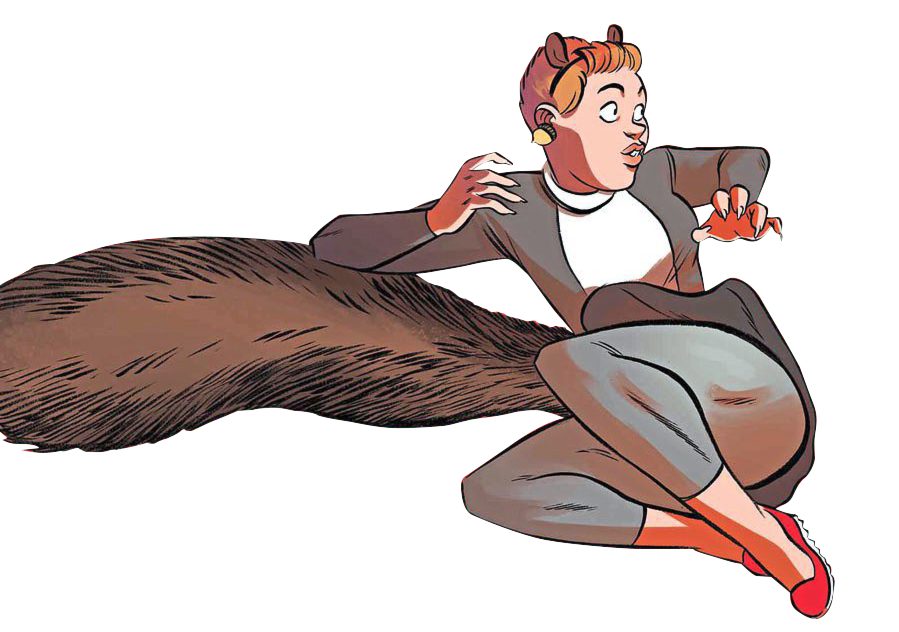 The Unbeatable Squirrel Girl is one of Marvel’s most consistently funny and entertaining ongoing titles. Photo: Marvel Comics 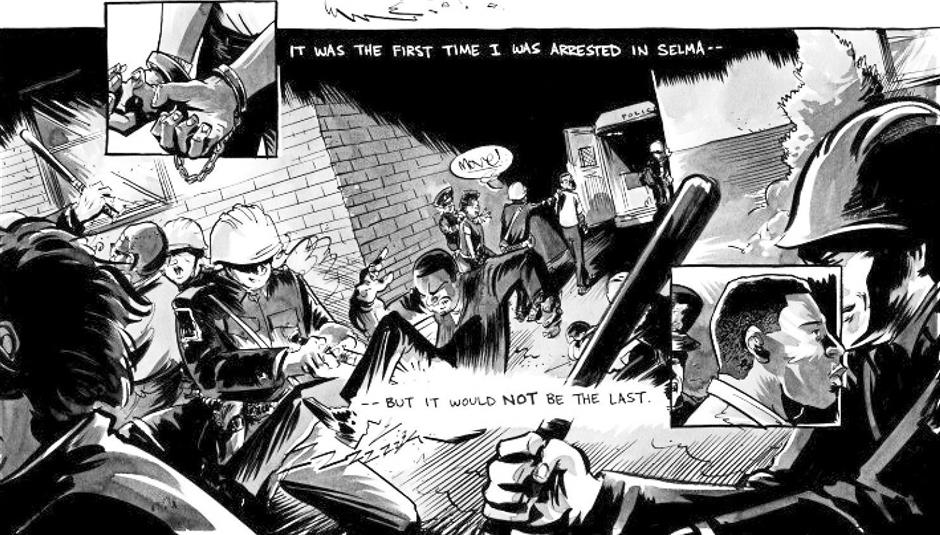 The first volume, released in 2013, was nominated in this category in 2014. March: Book Two went one better by actually winning in 2016, which was repeated this year by the final volume, March: Book Three.

Best Single Issue/One-Shot: Beasts Of Burden: What The Cat Dragged In by Evan Dorkin, Sarah Dyer, and Jill Thompson

Enabling a culture of safety in healthcare
Holiday from hell in Romania: Cashless and living in four-day-old clothes
When it's hard to breathe: The top five respiratory diseases
Eating healthy like the Mediterraneans
Unsettled times, unsettled lives: A grim picture of human development
Far from finished: How whisky finishing adds a different dimension to the spirit
Do you keep missing your period?
What the passing of a symbol of empire means to Malaysia
You don't need to clean your ears - seriously
Medicines heal, but they can also harm you