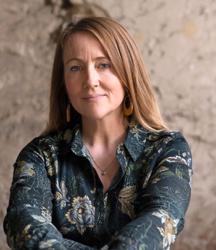 Sunway Group just celebrated its 40th anniversary, and its list of accomplishments looks to continue well into the future.

Rome wasn’t built in a day. But neither was Bandar Sunway, a township which came to exist as a tin ore producer. In fact, looking at sepia-toned pictures of the once-active and later derelict mining pool, it’s hard to fathom how 40 years of human endeavour has created a self-sustained enclave for more than 200,000 people right smack in the Klang Valley, a mere 20 minutes away from the city centre.

That’s a testament to visionary Tan Sri Dr Jeffrey Cheah, AO, who succeeded in placing his resort city on the global construction industry map, rolling the dice with a modest capital of RM100,000 in 1974.

It all seems rather unceremonious today, given how Sunway began as a small tin-mining company. However, four decades of hard work has allowed it to become one of Malaysia’s most formidable property-construction conglomerates.

With a sturdy backbone in construction, three foundational tenets are responsible for driving Sunway’s ambition as a developer that builds landmarks across the region – as community builder, entrepreneurship and enriching the lives of its people.

Its determination for excellence has led global market research firm Frost & Sullivan to name Sunway “Malaysia’s Builder of the Year 2014” in the Best of the Best category at its Best Practices Awards ceremony.

The Group’s flagship development, though, is its 800-acre Sunway Resort City, an engineering marvel that’s earned it the accolade of being Malaysia’s first green township to be awarded the Green Building Index (GBI).

While this all makes for impressive reading, it is no tale of an overnight sensation.

This could only have been accomplished with the 13,000 dedicated employees, working in 50 locations around the world, to sustain it.

Any form of sustenance has to be backed by comprehensive human resources, and that’s exactly what Sunway Group has invested in, fostering diversity at the workplace by prioritising its employees’ welfare. Its talent development programmes have also clearly played a part in churning out competent and motivated staff.

“Sunway offers a structured two-year graduate programme for young talents who aspire to take up leadership roles in the future. As part of their personal and professional development, these young talents are exposed to cross-functional learning, real-life projects, coaching and mentoring from leaders.

Similarly, for talents in their mid-career, they too have the opportunity to take up high profile and critical roles in line with Sunway’s future growth plan,” said Foo Shiang Wyne, chief human resources officer of Sunway Group’s human resources, intimating that employees are encouraged to develop to their full potential.

Happy kids receiving new clothes and accessories from their chaperons during the Raya celebrations!

At Sunway, there is a structured learning framework in place with international leadership and personal development programmes offered to all employees, which includes Harvard management programmes, “7 Habits of Highly Effective People”, “Situational Leadership” and more.

Employees desiring to further their education can take advantage of the education assistance and tuition refunds at any of Sunway’s 12 Education Group institutions, including Sunway University and Monash University Malaysia.

To quote an example, employees can undertake their Masters at Sunway’s partnered universities, such as Victoria University and Lancaster University, or pursue a professional qualification in accountancy at Sunway TES.

“We take annual talent review (ATR) very seriously at Sunway, where the Group President Datuk Chew Chee Kin is personally involved in the review of all senior management positions. This ATR is a comprehensive review session on our employees, taking into account our employees’ performance, potential, leadership qualities and development needs to ensure we have a healthy succession pipeline as well as a solid organisation’s bench strength within the Group.” explained Foo.

Sunway strongly encourages career mobility to allow a wider scope of growth opportunities with the Group and leaders are encouraged to engage in career conversations, an initiative by the human resources department on how best to cater to an employee’s needs for advancement.

The Malaysian government has continually made the push to have more women as part of the nation’s workforce, and it’s evident that Sunway Group, which has a female workforce exceeding 40%, echoes that sentiment, too. Hearteningly, the organisation’s efforts go beyond the run-of-the-mill toeing the line, particularly given the intrinsic home-making nature of women and the ill-advised pressures of social conformation.

“Generally, family obligations and the lack of work-life balance have become the main reasons why women leave the workforce and why women who have left never even seem to return. As a consequence, Sunway has been actively pursuing initiatives to support women at the workplace,” Foo revealed.

Those moves include improving HR policies in flexible working arrangements and options to extending maternity leave.

Sunway has also set up a dedicated mother’s room (fitted with the basic amenities for nursing mothers) and allocated designated parking bays for pregnant employees.

Aligning staggered working hours across 12 businesses is no easy task, but Foo insists that it all starts with baby steps, and the plan is to one day realise proper implementation.

Furthering its cause for working mothers, a kindergarten/childcare centre has been established within Sunway Resort City, via a partnership with early education company REAL Kids, to ensure employees have peace of mind at work while their children are in good care.

Employees can undertake their Master’s at Sunway’s partnered universities.

All in the family

Acknowledging the contribution of its long-serving and senior staff, the organisation has also continually looked into keeping its human capital content and inspired.

It speaks volumes that many employees have shared in the company’s growth over the years.

Foo attributes that to how Sunway Group’s employees have been treated, which centres around the enhancement of the working environment and the overall well-being and development of its people.

After all, the organisation has always prided itself on according job opportunities to people with varying levels of education background, from general workers to front office assistants, up to executives, engineers and professors, all of which helps support Sunway’s diverse industries.

“They have a very strong sense of belonging ... it’s really like a family and they all seem to be happy working here,” Foo addressed the contentment of long-serving staff.

The Group might be expansive, but the ambience of friendship and opportunity has generated a conducive working environment, which has not only kept employees interested in their worklife, but has had former employees knocking on their door again.

Sunway Group’s seriousness in retaining employee satisfaction is reflected in KPIs having been installed for management staff to keep their staff happy.

It all starts with the right values being put in place, and at Sunway, those values cascade right from the top. Apparently, Cheah walks for 20km around the premises of Sunway every other weekend to take stock of things.

“Humility, integrity and excellence are the values that have been set by our leaders here, so there is a benchmark for excellence,” Foo elaborated.

She said these are some of Sunway’s defining traits, adding that having their chance to spread their wings to do what they truly want and the empowerment of seeing a project from conception to implementation, provide some of the greatest satisfaction employees derive at the company.

But not everything boils down to mere business opportunities or developmental needs for its staff – Sunway truly has a heart, too.

It has displayed an unwavering sense of corporate social responsibility (CSR), and that is vaunted particularly in its C.A.R.E. (Community Aid, Reach-out and Enrichment) projects, which have played an integral role for employee engagement and staff volunteerism.

This is epitomised with its Light of Hope programme, which has staff generously offering their time, money and effort during festive seasons to contribute food, clothing and other daily necessities for the impoverished and the underprivileged, an endeavour driven by the in-house Kelab Social Sunway (KSS).

To date, 80,000 underprivileged children, single parents and the elderly have been treated to a day out at Sunway Lagoon and Sunway Lost World of Tambun theme parks, and Sunway shopping malls.

Last year’s CSR highlight was Stop Hunger Now, where more than 800 Sunway staff packed over 100,000 meals at Sunway locations across Peninsular Malaysia to support underprivileged communities in the central, southern and northern regions.

It’s evident how and why the organisation has a workforce that’s happy given staff engagement activities such as Family Day, where in 2014, 14,500 employees and their families attended Sunway’s Central Family Day at Sunway Lagoon in November, while Northern Family Day at Lost World of Tambun drew 3,000 staff.

Everything points to the future being bright for the Group, especially with its aggressive expansion plans across Malaysia, including the fully integrated Sunway Iskandar project in Johor, where two new world class amusement parks are being built.

The Sunway story is one rooted in the realms of hopes, dreams and ambitions, and built on a foundation of determination, ingenuity and humility.

And if the upward scale of the last 40 years is anything to go by, there looks to be only one outcome for the next four decades, and probably beyond.

Malaysia as a model nation 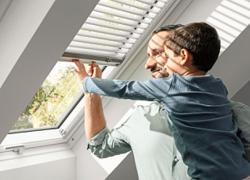