By DZOF AZMI
The absence of Dallas Buyers Club from our cinemas disappoints our columnist, who was keen to understand how a homophobe (played by Matthew McConaughey) helps the people he hates most.

Why are films worthy of Oscars not good enough for Malaysians?

BEING a movie buff, this is an exciting time of the year for me: Oscar season. The fact that it coincides with lengthy festive holiday periods means there are opportunities to binge on great films as determined by Hollywood’s peers.

Why have these films been deemed unsuitable for Malaysia? It has a lot to do with the Malaysian film censorship board, which operates under the Home Affairs Ministry. It’s not only how they have censored films in the past, but also how people think they will censor in the future. Broadly speaking, films to be shown in Malaysia can be censored on religious, cultural and moral grounds. However, there is plenty of room for interpretation within these three categories.

For The Wolf Of Wall Street, the Malaysian distributor has said that “the movie will be completely removed from our (2014) line-up as we do not believe it will pass our (local) censorship”. The subject of the film itself is probably not an issue (a corrupt stockbroker funds a hedonistic lifestyle with money stolen from his investors). However, there is plenty of graphic sexual content, that even if I tried to describe it, it would require a copy of a specialist dictionary and plenty of cold showers.

On the other hand, Dallas Buyers Club is about a HIV-positive homophobe who starts selling an unapproved cure to fellow HIV-positive patients. He comes to terms with himself and his fellow men, and becomes better as a result of it. If there were grounds for censoring or banning this movie, it may be because it glorifies a homosexual lifestyle. 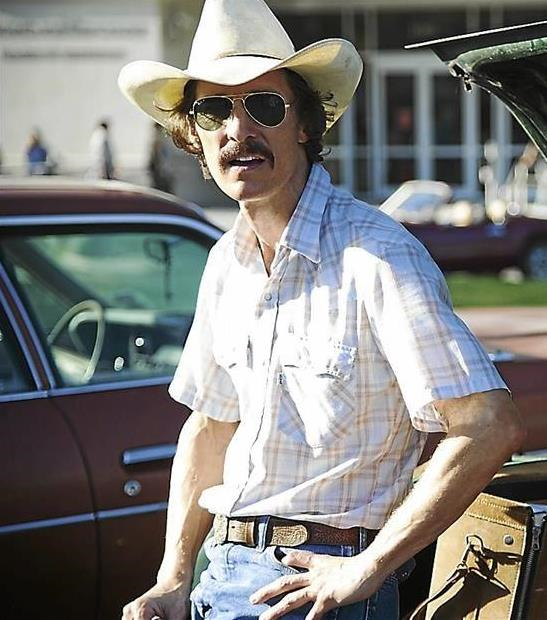 The absence of Dallas Buyers Club from our cinemas disappoints our columnist, who was keen to understand how a homophobe (played by Matthew McConaughey) helps the people he hates most.

After all, sensitivity on the topic is so high that when Milk won Best Original Screenplay and Best Actor in 2009 for its portrayal of gay-rights activist Harvey Milk, the Oscar acceptance speeches were muted on Astro. A representative of STAR TV said that it had “a responsibility to take the sensitivities and guidelines of all our markets into consideration”.

At the time, Shanon Shah criticised this decision in an editorial, pointing out that it was true that there were many things different people would find offensive, and lamenting that Astro did not censor “John McCain” and “Sarah Palin” for viewers like him.

For me, the last really good film I remember not seen in Malaysian cinemas was Schindler’s List. The seven-Oscar winner was about the efforts of an Austrian World War 2 industrialist saving as many people as he could from the Nazi Holocaust. It was banned as “propaganda with the purpose of asking for sympathy”. The censorship board also commented that “the story of the film reflects the privilege of virtues of a certain race only”.

Although Malaysian censorship was willing to let the movie be screened in Malaysia if there were cuts, director Steven Spielberg refused. Making that movie was a personal struggle for him, and he thought it was important that the world understood what had happened then.

I managed to watch Schindler’s List in a cinema outside Malaysia, and I found it a powerful film. The idea that people could systematically execute others purely on the basis of their race, and be so methodical about it, makes this a story that should never be forgotten. I almost wrote “lest we repeat it again”, but recent events in Rwanda, Sri Lanka, Bosnia and Sudan have shown there is still much room for us to grow.

Yes, I do agree that a film like Schindler’s List is not for everyone. I think young children should not watch this movie, and that a certain amount of maturity is needed to gain something from it. But if we are told we will have our sensitivities offended by such a movie and should not see it, what are we to do?

Well, it seems we should turn to our local DVD seller. In fact, if you ban or heavily censor something, it’s more likely that people will end up watching the full unexpurgated version. And in those cases, you (or worse, your children) are more likely to see something you didn’t expect to.

Perhaps, instead of trying to save our religious, moral and cultural values, we should work harder to make Malaysians more mature, to the point where a glimpse of a thigh, or two men kissing doesn’t make us wring our hands hysterically. We may find it distasteful or uncomfortable, but we no longer worry that it will corrupt our souls.

The key is to create an informed consumer. For example, we all know how dangerous smoking is, both for the smoker and those around him, yet we don’t ban adults from buying cigarettes. Instead, the cigarette packets are marked with clear warnings.

So similarly, perhaps the Film Censorship Board should become the Film Information Board. Ratings would be replaced with warnings, and we as individuals could make up our own minds if this is a film we want to watch. I have little interest in watching a naked Leonardo DiCaprio cavorting in piles of money, but I am keen to understand how a homophobe helps the people he hates most. And although I am not likely to see either anytime soon, I don’t feel I am better for it at the end.

Logic is the antithesis of emotion but mathematician-turned-scriptwriter Dzof Azmi’s theory is that people need both to make sense of life’s vagaries and contradictions. Speak to him at star2@thestar.com.my.

China's kids can only play three hours of video games a week
Why have I been reinfected with Covid-19 despite being vaccinated?
Climate crisis: There is no Planet B
No place for racism in healthcare (or anywhere)
Loading up on nutrients to help fight disease and maintain health
When puberty strikes too early
Can Malaysia meet its goals when it comes to diabetes? It could be challenging
We don’t fall in love – we grow in love
Whatever happened to nice, geeky Elon Musk?
It's not easy but there are healthy ways to cope with stress