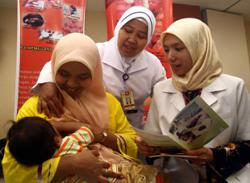 The benefits of breastfeeding have been emphasised by international health organisations ad infinitum.

It is one of the most effective ways to ensure child health and survival.

Breast milk is ideal for infants.

It is safe, clean and contains antibodies that protect against many childhood infections.

Breastfed children are less likely to be overweight or obese, or get diabetes later in life.

Women who breastfeed have a decreased risk of breast and ovarian cancers.

Breastfeeding is free and does not burden household budgets, unlike artificial feeding, and it contributes to poverty reduction.

The World Health Organization (WHO) and the United Nations Children’s Fund (Unicef) recommend early initiation of breastfeeding, i.e. within one hour of birth; exclusive breastfeeding for the first six months of life; and introduction of nutritionally-adequate and safe complementary (solid) foods at six months, together with continued breastfeeding up to two years of age or beyond.

The Malaysian Breastfeeding Policy, which is not very different from the WHO and Unicef recommendations, states that all mothers are encouraged to breastfeed their children with breast milk from birth until six months old, continuing until two years of age.

Complementary foods should be given from six months of age.

Breastfeeding practices that are not in accordance with the WHO and Unicef recommendations have an impact on human life, quality of life and national economies. 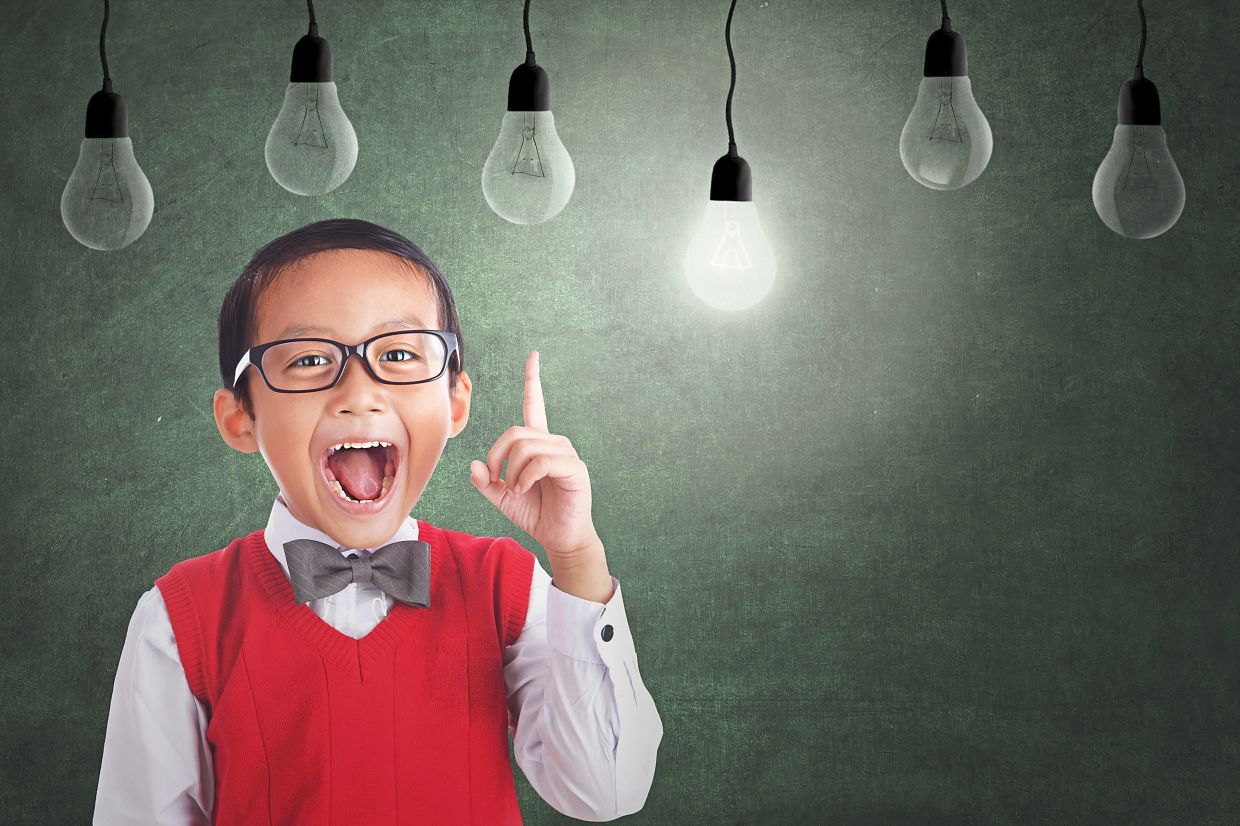 World Breastfeeding Week this year (2022) was commemorated on Aug 1-7, with the theme “Step up for breastfeeding: Educate and support”.

ALSO READ: Give your baby the best start with breast milk

In conjunction with the event, the 2022 report Cost of Not Breastfeeding was released by Alive and Thrive, a global nutrition initiative managed by FHI Solutions – a member of the Family Health International (FHI) group of organisations, and funded by the Gates Foundation, Irish Aid and other international donors.

The Cost of Not Breastfeeding report, which utilised a tool based on open access data, was developed to assist policymakers and advocates on the estimated human and economic costs of not breastfeeding at the country, regional and global levels.

Although the aim of the tool is to capture the majority of the costs, the estimates are likely to be conservative as the economic costs of increased household caregiving time (mainly borne by women) and treatment costs related to other diseases attributable to not breastfeeding according to recommendations, were not included in the analysis.

According to World Bank data, only 40.6% of infants in Malaysia are exclusively breastfed for six months.

This is below the global target of 50% by 2025, which was agreed to by Malaysia at the World Health Assembly in 2012.

The Cost of Not Breastfeeding report for Malaysia addressed the issues below:

Children who are not exclusively breastfed for the first six months and who do not continue to receive breast milk up to two years of age, are more susceptible to diarrhoea and pneumonia, two leading causes of childhood death worldwide.

When mothers practice recommended breastfeeding practices, about half of the deaths of children aged under two years old that are caused by diarrhoea and pneumonia, can be prevented annually, compared to no breastfeeding.

It is estimated that improved breastfeeding practices could save 110 children’s lives annually and prevent 458 maternal deaths from cancers and type II diabetes annually in Malaysia.

The current healthcare cost due to inadequate breastfeeding is estimated to be about USD$6.7 million (RM27.8 million).

This cost could rise dramatically as treatment for diarrhoea and pneumonia increases, but could also be reduced with increased breastfeeding practices.

When children have diarrhoea and pneumonia caused by inadequate breastfeeding, parents and caregivers incur costs to take them to seek treatment at a healthcare facility.

Based on estimates from other countries, the economic losses that result from lost productivity and transportation costs could amount to one-quarter of the cost of the treatment itself.

> Formula costs are significant and reduce a family’s disposable income

The cost to purchase economy brand infant formula can be significant compared to breast milk, which is free, safe, and hygienic for all babies. 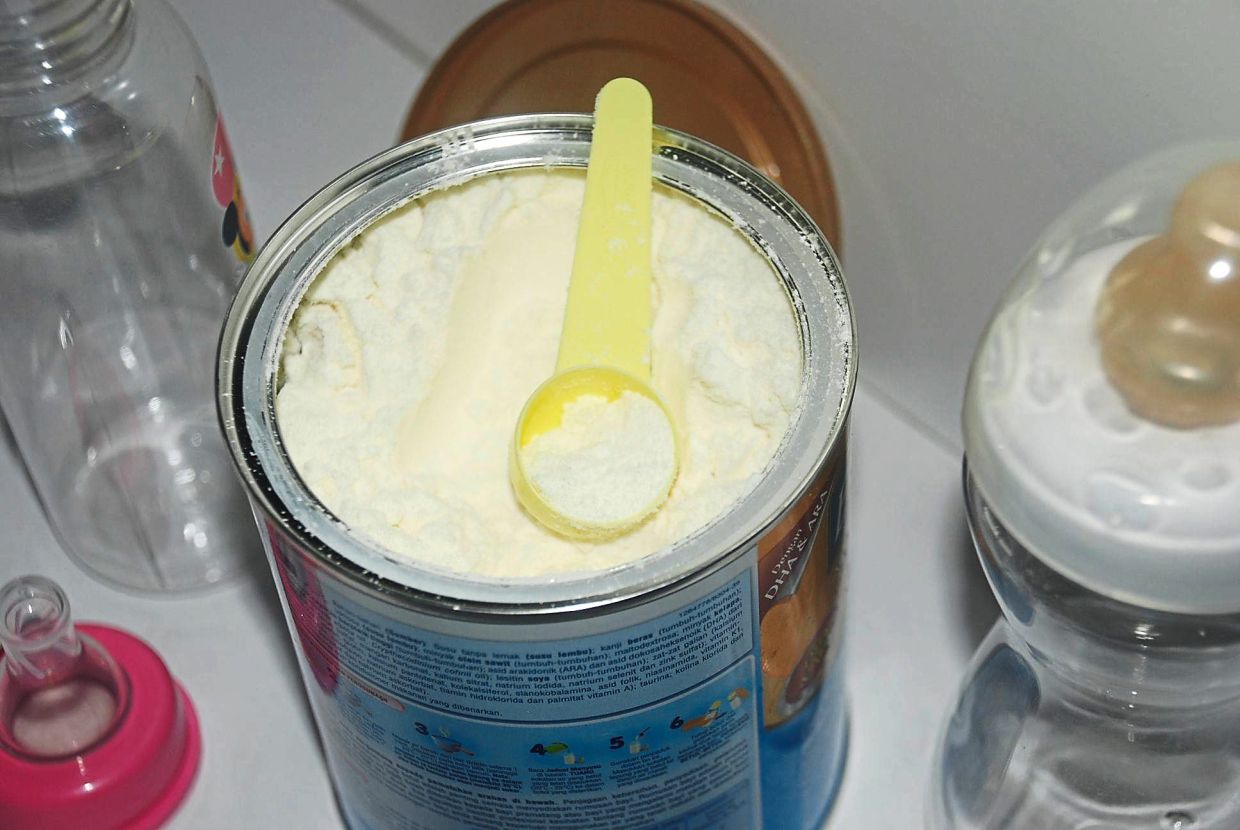 Feeding babies formula milk can be a significant cost for many families, compared to free breast milk.

Policymakers and advocates have to remember that breastfeeding is best supported by practices that keep mother and baby together, and ensure quality professional and peer support, as well as maternal well-being.

The Cost of Not Breastfeeding report for Malaysia emphasised the need to scale up breastfeeding at a national level.

It stated that: “Policymakers should move quickly to adopt, strengthen and implement the following policies and programmes to support mothers to optimally breastfeed:

Can the target of 50% exclusive breastfeeding for the first six months of life be achieved by 2025?