Air pollution has become so widespread that nine out of 10 humans are breathing in unhealthy air. — Penang Environment Department

World Health Day was commemorated on April 7 – the founding day of the World Health Organization (WHO) – with the theme “Our Planet, Our Health”.

The WHO posed three questions on the theme of this day, i.e.:

Human health, animal health and environmental health are inextricably linked to each other.

The WHO estimates that about a quarter of avoidable deaths annually, i.e. more than 13 million deaths globally, are due to avoidable environmental causes, including the climate crisis that is a major health threat to humanity.

More than 90% of the world’s population breathes unhealthy air from the burning of fossil fuels, which leads to climate change.

Climate change increases the likelihood of wildfires, which cause suffocation with consequent injury and death, and mental trauma in survivors.

On the other end, climate change also increases the dangers from floods, which can cause food poisoning and water shortages.

With rising temperatures, mosquitoes spread diseases faster and further than before.

The WHO estimates that rising temperatures and floods caused by climate change will lead to an increased risk of dengue for an additional two billion people globally.

The WHO estimates that nine in 10 of the world’s population is breathing unhealthy air with outdoor air pollution causing 4.2 million premature deaths globally in 2016.

Ninety-one percent of these deaths were in low- and middle-income countries, with the greatest numbers occurring in WHO’s South-East Asia and Western Pacific regions (Malaysia is in the latter region).

No one can avoid air pollution, irrespective of where one lives and one’s station in life.

There is a close relationship between air pollution and climate change.

The primary cause of climate change is the burning of fossil fuels, like oil, natural gas and coal, which is also a major contributor to air pollution.

As such, mitigation efforts in one will improve the other.

The United Nations Intergovernmental Panel of Climate Change (UN IPCC) has warned that coal-fired electricity has to cease by 2050 if the increase in global warming is to be limited to 1.5°C.

The alternative will be major climate crises in about 20 years’ time.

The reduction of air pollution will reduce the incidence of chronic and acute respiratory diseases (including asthma), lung cancer, heart disease and stroke.

The lower the air pollution levels, the better will be the respiratory and cardiovascular health of the population.

The WHO Global Air Quality Guidelines, which were just updated last year (2021), provide an assessment of the health effects of air pollution and thresholds of harmful pollution levels.

The primary sources of outdoor air pollution can be reduced by governmental policies and investments that enhance energy-efficient homes and offices; cleaner transport, power generation and industry processes; and better waste management, particularly for plastics. Climate change also affects other living beings, with an estimated additional two billion people worldwide being at risk of dengue, which is transmitted by the Aedes aegypti mosquito. — Photos: Filepic

Tobacco smoking is an addiction.

Tobacco kills more than eight million of the world’s population annually, and is a major risk factor for cancer, heart and lung diseases, and strokes.

Many are not aware that about 600 million trees are cut down to produce six trillion cigarettes annually, thereby decreasing clean air.

Malaysia reported to the WHO’s Framework Convention on Tobacco Control (FCTC) in 2020 that about one in five (21.3%) Malaysians aged 15 years and older smoke.

Smoking is primarily a male problem with 40.5% of men aged 15 years and above smoking, compared to 1.2% in women.

The highest smoking rates were in men aged 30-34 years, with 49% of this group being smokers.

These data reflect limited or no success of the comprehensive tobacco control programme that has been around since 1993.

In January, the government stated its intention to table a new Tobacco and Smoking Act to regulate e-cigarettes and vaping, and to ensure that there comes a time when, in the words of the Health Minister: “New generations in this country will no longer know what a cigarette is.”

However, the proposed Bill has yet to see the light of day. Grains are also expected to decrease in nutritional value due to increased carbon dioxide emissions.

Climate change poses significant risks to international food and water security, which may lead to hunger and undernutrition for millions globally.

Polluted water and poor sanitation cause diarrhoeal diseases that affect about one million people globally.

There is evidence that increased carbon dioxide emissions from climate change will lead to a reduction in the nutritional value of many essential crops.

It is projected that by the end of the century, grains will contain lower amounts of protein, zinc, vitamin B and iron, reducing micronutrients in these major dietary sources.

The yield of vegetable and legume crops could fall by 30% if carbon dioxide emissions continue at their current trajectory.

Malaysia is the fattest nation in Asean.

According to the United Nations Children’s Fund (Unicef), 20.7% of Malaysian children under five suffer from stunting and 11.5% from wasting, while 12.7% of five to 19-year-olds are obese.

Everyone has a role to play in improving Planet Health.

Individuals can breastfeed; walk more; use public transport; cease tobacco smoking; consume fresh groceries and avoid processed foods and beverages; use less plastics; and reduce electricity consumption, e.g. turning off the light when not in a room.

The government has a major role to play, which it can perform by:

The WHO summarises the challenges succinctly: “A well-being economy has human well-being, equity and ecological sustainability as its goals.

“These goals are translated into long-term investments, well-being budgets, social protection and legal and fiscal strategies.

“Breaking these cycles of destruction for the planet and human health requires legislative action, corporate reform and individuals to be supported and incentivised to make healthy choices.”

Microplastics could be in our blood 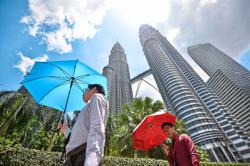 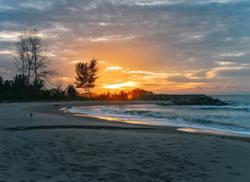