Oxygen reserves for patients are running low in six Brazilian states, while Covid-19 patients are being sent home due to a shortage of hospital beds, as the P1 variant spreads through the country. — Photos: AFP

When any virus spreads through a population, it evolves over time through mutations, which are changes in the virus’ genetic sequence.

As such, the emergence of new viral variants is not unexpected – a changed virus is called a variant of the original virus.

Variants can differ by one mutation or many.

The more the SARS-CoV-2 virus, which causes Covid-19, circulates through the global human population, the more opportunities it has to mutate and spawn new variants.

The emergence of SARS-CoV-2 variants, after a period of relative viral genetic stability, has been cause for concern for medical professionals, scientists and governments since the beginning of 2021.

An unexpected increase in reported Covid-19 cases last December (2020) was attributed to the emergence of two new SARS-CoV-2 variants.

Both variants, which had mutations involving the spike protein of the virus, were estimated to have increased spread by 40% to 70%.

Another variant known as P1 has also been identified in Manaus, a Brazilian city by the Amazon rainforest, and has spread across Brazil.

About three-quarters of the city’s two million population had been infected with Covid-19 earlier in 2020, before this variant emerged last November (2020).

It was estimated by an Imperial College London team to have spread faster than other variants in Manaus by 1.4 to 2.2 times.

In addition, it had also reinfected 25% to 61% of those who had previously been infected with – and thus, had immunity to – other SARS-CoV-2 viral variants.

It is currently unclear whether this variant also spreads more rapidly outside of Brazil.

A study published in The BMJ on March 10 (2021) compared the risk of death associated with the B.1.1.7 variant to that of previously-circulating variants.

It found that the risk of death with B.1.1.7 is 1.64 times more than in patients who had tested positive for other variants in the community.

The authors said that “in this comparatively low risk group, this represents an increase in deaths from 2.5 to 4.1 per 1,000 detected cases”.

They concluded that it “has the potential to cause substantial additional mortality compared with previously circulating variants”.

In short, the viral variants may be partially or fully resistant to natural immunity (as in Manaus), vaccination or antibody therapies.

There is evidence that monoclonal antibody treatment in immunocompromised patients will generate escape virus variants that can render the treatment redundant.

As can be deduced from their name, escape variants have mutations that enable them to “escape” immune system detection and destruction, and in this case specifically, the monoclonal antibody treatment.

Meanwhile, convalescent plasma therapy has been used in Covid-19 patients without causing any immune escape variants.

However, caution has been expressed about the use of such therapy in patients with severe immune suppression.

Another important issue is whether the Covid-19 vaccines will be able to protect against infection or disease from these variants. 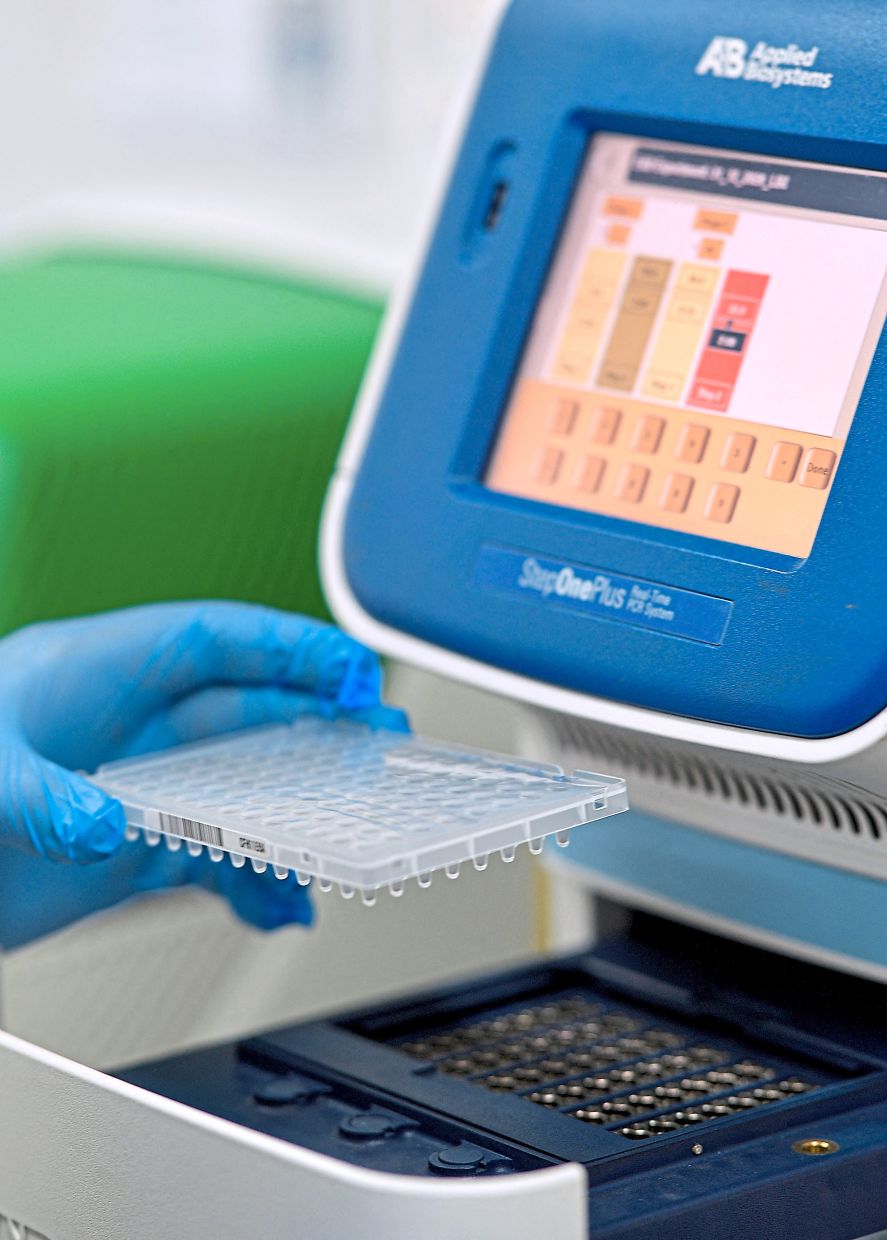 Scientists at the Federal University of Minas Gerais in Belo Horizonte, Brazil, have developed a test that can monitor the P.1, P.2 (Rio de Janeiro), B.1.1.7 and B.1.351 strains for 10% of the cost of a traditional genetic sequencing test.

Israel, which is leading the world in terms of Covid-19 inoculation with about half of its population already fully vaccinated as of March 21 (2021), had assessed its vaccination rollout between Dec 20 (2020) and Feb 1 (2021).

It reported that two doses of the Pfizer/BioNTech vaccine reduced symptomatic cases by 94%, hospital admissions by 87%, and severe Covid-19 by 92%.

It also suggested that the vaccine was effective against the B.1.1.7 variant, although there was lack of data on the B.1.135 and P1 variants.

The Moderna vaccine was reported to have similar results against the B.1.1.7 variant.

However, protection against the B.1.135 and P1 variants remains to be determined.

Phase 3 clinical trial results of the AstraZeneca/Oxford vaccine showed 74% efficacy in the UK, but only 22% in South Africa.

The vaccine produced by American biotechnology company Novavax showed 89% efficacy in the UK, but only 49% in South Africa.

The Johnson & Johnson vaccine showed 72% efficacy in the United States, but 57% in South Africa.

According to the package insert of the Sinovac vaccine found on the National Pharmaceutical Regulatory Agency (NPRA) website, the overall efficacy in Brazil was 50.65%, with higher efficacy rates for more severe disease.

However, whether this efficacy rate was applicable to the P1 variant was not mentioned.

Control of the pandemic is only possible when vaccines effective against circulating variants are available equitably throughout the world.

Repeated formulation of new vaccines may be needed to control some of the new SARS-CoV-2 variants.

With the increasing spread of these variants, higher vaccine coverage will be required to achieve herd immunity, including the possible vaccination of children.

The Indian Parliament was informed that the B.1.1.7, B.1.135 and P1 variants have all been found in that country.

Is it possible that the B.1.135 and P1 variants have also reached our shores undetected?

Genome sequencing of the virus from positive cases in January to May 2020 has been conducted and reported by Universiti Malaya, the Institute of Medical Research and the International Islamic University.

The Sarawak government announced on Feb 8 (2021) that Universiti Sarawak Malaysia has found that the current virus variant in the state varies from the one a year ago.

Genome-sequencing of the SARS-CoV-2 virus in Malaysia is limited compared to other countries, with the few local publications on this topic lamenting that the whole genomes of variants in Malaysia have not been sufficiently sequenced.

More importantly, change in the frequency of viral variants, if any, has not been documented.

Continuing genome-sequencing supports the monitoring of disease activity and spread, as well as evolution of the virus, all of which are necessary to inform decision-making on the Covid-19 response.

A vital question is whether local institutions have been provided sufficient resources for these essential functions.

A global consensus that the main SARS-CoV-2 variants are more transmissible and may evade infection- and vaccine-induced immunity, is emerging.

The continuing diversification of the SARS-CoV-2 virus could prolong the pandemic substantially and possibly require vaccination programmes with variant-specific vaccines.

This is achievable with a combination of non-pharmaceutical interventions and the scale-up of vaccination.

Can the Covid-19 vaccination programme in Malaysia run ahead of the virus and its variants?

This is vital to ensure that the light at the end of the tunnel gets brighter and not fainter.

Dr Milton Lum is a past president of the Federation of Private Medical Practitioners Associations and the Malaysian Medical Association. For more information, email starhealth@thestar.com.my. Information in this article was accurate at the time of its writing. Due to the fluid nature of the Covid-19 pandemic, scientific understanding, along with guidelines and recommendations, may have changed since the original publication date. The views expressed do not represent that of organisations that the writer is associated with. Information published in this article is not intended to replace, supplant or augment a consultation with a health professional regarding the reader’s own medical care. The Star disclaims all responsibility for any losses, damage to property or personal injury suffered directly or indirectly from reliance on such information.

Steps to stop someone from bleeding to death
Why does my child pick and eat only certain foods?
How to talk to your kids about sexual abuse in sports
Avoid these 'healthy foods' if you want a healthy heart
Number of babies born from donor sperm triples
Tips for men who want to build muscle effectively and gain lean muscle mass
Don’t scold your child for bed-wetting, it's only normal
New government needs to address fundamental healthcare issues
Drinking more water, and other habits that can strengthen your immune system
It's time to heal and reconcile now that GE15 is over