Steps to stop someone from bleeding to death 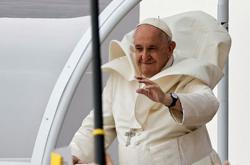 Joshua Chisolm (right) of True Breed Executive Protection teaching Andrea Johnson to use a tourniquet after a nearby shooting killed three and wounded 11 people. — TNS

It doesn’t take a health professional to save the life of someone bleeding heavily from a gunshot wound or other traumatic injury.

Any bystander can undertake a series of crucial first steps until an expert reaches the scene.

These can include using a low-tech tool that’s been around since the early days of medicine: a tourniquet.

Experts recommend an in-person training session before using one of the strap-like devices, which must be wound so tightly around an arm or leg that it cuts off the flow of blood.

But for those who have not had a hands-on lesson, the American College of Surgeons offers an online version of its “Stop the Bleed” curriculum at stopthebleed.org.

Here are the highlights, with an assist from nurse Nora Kramer from the Thomas Jefferson University Hospital, Philadelphia, Pennsylvania, United States, who has trained hundreds of adults and teens in the area.

Ensure your own safety

Make sure you are not at risk from whatever injured the person you are trying to help, whether it’s gunfire, vehicle traffic, or some other source of blood loss.

Upon determining that it is safe to begin first aid, wear a pair of gloves, if available, to reduce the risk of contracting any blood-borne disease.

If two rescuers are on the scene, one can call for help while the other works to stop the bleeding.

Some wounds do not require immediate treatment.

To tell when bleeding is severe enough to threaten the person’s life, look for these three signs: continuous bleeding, a large volume of blood and pooling.

Note that these types of severe wounds may be hidden underneath clothing.

Press directly on the wound with gauze or cloth.

If that stops the bleeding, keep doing it until emergency medical professionals arrive.

If bleeding continues from deep within the wound, pack it with gauze, then apply pressure again.

If that fails, apply a tourniquet. 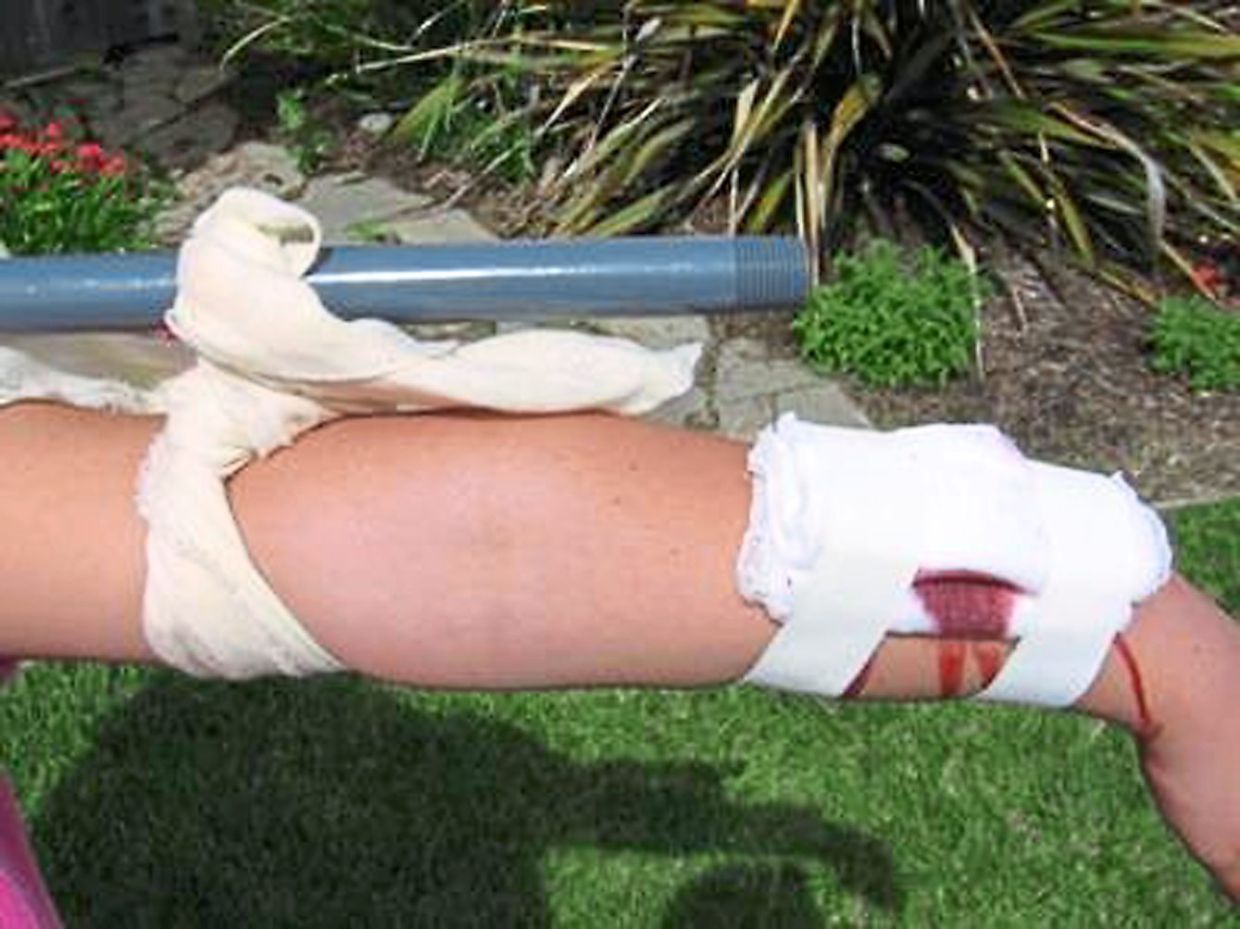 When a commercial tourniquet is not available, rescuers can improvise a field tourniquet from a piece of cloth and a rigid object, such as a pen or a stick, to stop the bleeding, but this is a move that should be applied only when a choice must be made between life or limb. — Filepic

A tourniquet is an option when the wound is in the arm or leg, not the neck or torso.

The device consists of a strap and a stick-like attachment called a windlass.

Strap the tourniquet on the limb 5.1cm to 7.6cm above the wound (but not over the elbow or knee).

Twist the windlass to tighten the tourniquet until bleeding stops, and fasten it into place, says Kramer.

If applied correctly, it will hurt.

“If somebody is still conscious and complaining, that’s a good sign,” she said.

Don’t worry about making it too tight, said Lewis J. Kaplan, a professor of surgery at the University of Pennsylvania’s Perelman School of Medicine.

“This is a situation of life over limb,” he said.

Never remove a tourniquet – leave that to the experts.

When one is not available, rescuers can improvise a field tourniquet from a piece of cloth and a rigid object, such as a pen or a stick, to serve as the windlass.

If a makeshift tourniquet is not tight enough, it can accelerate the bleeding instead of cutting it off.

“Partly on is worse than not on at all,” she said.

A commercial tourniquet has a locking mechanism to secure the windlass in place.

With a field tourniquet, on the other hand, the windlass must be tied.

Where does all the blood go?

When a tourniquet is applied correctly – tight enough to cut off the flow of blood – it might seem that blood would pool above that location.

When you cut off blood flow to a vessel, the blood that’s already inside it effectively blocks more blood from entering.

Instead, blood flow continues above the wound, moving on to supply other areas of the body until it returns to the heart.

What about kids? Impaled objects?

For infants and small children, typical tourniquets are too big.

If the bleeding is caused by an impaled object, leave it in place.

These should be removed only by a professional. – TNS