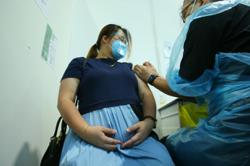 Fertility preservation and treatment have dramatically improved over the years. — Filepic

The number of babies born by sperm donation in the United Kingdom has tripled in the last 13 years, new figures show.

Some 2,800 children were born from sperm donation in 2019 – up from 900 in 2006, according to new figures from the Human Fertilisation and Embryology Authority (HFEA).

The regulator said that the rise has been driven by women in same-sex relationships and single parents.

More than half of donated sperm used in UK fertility clinics comes from abroad.

The HFEA said that this has been caused by a “rise in sperm imports rather than a decline in UK donors”.

Sperm from the United States accounted for 27% of babies born via sperm donation while 21% were born from sperm imported from Denmark.

In the UK, it is illegal to pay donors more than reasonable expenses and the vast majority of people donate sperm, eggs or embryos for altruistic reasons.

The latest HFEA report highlights how donor conception – which also includes the use of donor eggs and embryos – now accounts for one in 170 of all births in the UK.

It highlights how more than 70,000 donor-conceived children have been born since 1991.

From late 2023 onwards, most donor-conceived people in the UK turning 18 will be able to apply to access identifying information about their donors.

People conceived from a donation provided prior to April 1, 2005 can access identifying information only if their donor has voluntarily re-registered to become identifiable.

The HFEA stressed UK guidelines require that imported donors meet the same identifiability requirements placed on UK donors but there may be practical difficulties around donor-conceived people wishing to contact their donor if their donor lives abroad.

The report highlights how a “disproportionate” number of donors were from Asian or black backgrounds between 2016-2020.

HFEA chair Julia Chain said: “Donating eggs or sperm has helped overcome heartache for thousands of people who were not able to conceive a child.

“Over time, fertility preservation and treatment techniques have dramatically improved and this, along with changing social attitudes, has led to the birth of over 70,000 donor-conceived children since 1991.

“Younger patients typically use donors for medical reasons such as infertility or to prevent passing down genetic diseases.

“Meanwhile, for older patients, using a donor can increase their chance of having a baby; this is because a woman’s fertility declines with age, particularly from their mid-30s.

Commenting on the report, Sarah Norcross, director of the Progress Educational Trust (PET), said: “It is striking that so much donor sperm is now being imported into the UK from the US and Denmark, suggesting that there is a shortage of UK donors.

“However, research commissioned by PET this year – conducted by Ipsos – shows that more than 50% of UK men would consider donating sperm to help others have children.

“Seen in this context, the HFEA’s data seems to indicate that UK clinics are failing to capitalise on existing goodwill.

“Clinics need to find ways to make it simple and straightforward for men who are willing to donate sperm to do so.” – dpa

When something is wrong with his sperm 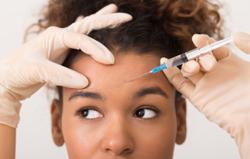 Pregnant women at risk of death if they get infected with Covid-19
At least a million Malaysians suffering from long Covid
Why it's so chaotic at our hospital emergency departments
Try meditating to improve your gut health
Chinese resort to traditional remedies to fight Covid-19
Newly discovered gene can rewind your heart's biological age
From tyre to tummy: Tyre microplastics absorbed by lettuce roots
The link between sexual and bladder health for women
Exercises that can help you channel your inner bunny
Injecting stem cells to treat this inherited cause of blindness