Should I have a caesarean section?

Medical experts prefer women to have natural vaginal deliveries whenever possible, but should be prepared to provide sufficient information for a woman to make an informed decision if she expresses an interest in a caesarean section. — TNS

As the due date for the delivery of baby draws near, it is not uncommon for mum-to-be to experience some anxiety due to the anticipation.

This is due to a mixture of excitement and fear over what will soon happen.

Despite all the friendly advice from family, friends, and even strangers on the street, there is no “right” way to give birth, as things sometimes do not go to plan.

The most common way of childbirth is spontaneous vaginal delivery, but for some, it is achieved through labour induction or caesarean section.

Caesarean section is the removal of the baby through a surgical incision in the mother’s abdomen, rather than the baby being pushed out via the vagina.

It is becoming increasingly popular, with the number of such procedures continuing to rise worldwide.

According to the latest available data from the World Health Organization (WHO), caesarean section accounts for over two in 10 (21%) childbirths, and is set to increase to nearly three in 10 (29%) of all births by 2030.

However, according to a 2021 study published in the BMJ Global Health journal, this increasing trend is occurring at different paces in different parts of the world.

In Sub-Saharan Africa, the average of 5% indicates that caesarean sections are being underused, but in Latin America and the Caribbean, the average of 42.8% is suggestive of overuse.

In a 2020 study published in the BMC Pregnancy and Childbirth journal, the rate of caesarean sections has also risen in Malaysia, apparently driven by low-risk groups.

Vaginal delivery is a natural and physiological process, but under certain circumstances, a caesarean section can be life-saving for mother and baby.

It requires good judgement on the part of healthcare professionals, as in those circumstances, underuse of caesarean sections may contribute to the illness and death of mother and child.

On the other hand, overuse of caesarean sections without medical indication has not shown significant benefits, and may create harm and waste of human and financial resources.

The National Institute of Clinical Excellence (NICE) in the United Kingdom has revised its judgement that overall, caesarean sections are no more risky than vaginal deliveries, although what risks there are differ between the two modes of delivery.

About one in four women will have a caesarean section.

It has to be stressed that women must be well-informed of all risks in order to make an informed choice and to ensure that there is no stigma around women who choose to have a caesarean birth.

Each individual woman would need to consider the risks carefully as each person has her own risks and there will always be exceptions to the rule.

It is fair to say that the risks will be different in unplanned caesarean sections due to problems during pregnancy or labour.

Although it is uncommon, admission to intensive care following a caesarean section can happen ‑ not because of the surgery, but probably as a result of the reasons for needing the surgery.

Many mothers-to-be think that a caesarean section is better and easier than a vaginal delivery.

The truth is that the caesarean section is a major abdominal surgery, where a cut is made through the skin and underlying fat, and into the abdomen and uterus.

As in any surgery, however routine, there are risks involved, and it is important that every woman discuss this with her doctor.

These risks need to be communicated to the woman because it is a legal and ethical obligation on the part of the doctor, but it should also be done with some compassion as it can be a very anxious time for the mother-to-be.

It is important for the medical professional to be aware of how the advice is received by their patient.

It has been suggested that a planned caesarean section may reduce the pain in the perineum (the area between the vagina and anus) and the abdomen.

But the difference in pain three days following delivery is not huge.

However, overall, these risks are generally low, not like in the 1950s and ‘60s.

Women also believe that they will be hospitalised for long periods after a caesarean section.

The truth is, barring any complications, the difference is just one day more in the hospital for such cases, compared to those who deliver vaginally. 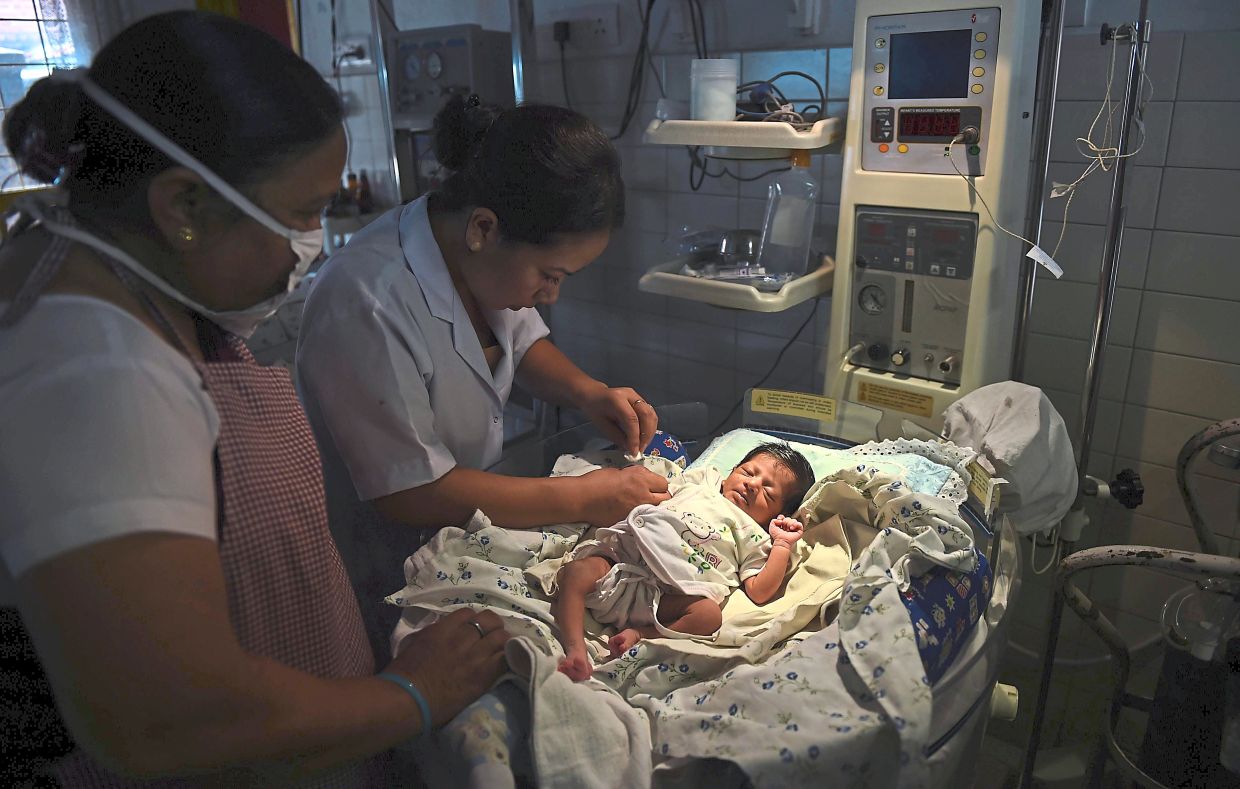 Some women might opt for a planned caesarean section because of cultural beliefs – they have the option of choosing an auspicious day for their child’s birth.

They can also avoid being in labour for hours.

A May 2021 study published in the journal Plos One showed that women who preferred an elective caesarean section were not just fearful of pain and injuries related to vaginal delivery, but also fearful of the uncertainties of childbirth and how long the process would take.

Opting for the planned caesarean section allowed them to have some control over their childbirth and those uncertainties.

A common myth about the caesarean section is that it will reduce the risk of vaginal prolapse.

Vaginal prolapse is a risk, regardless of vaginal or caesarean delivery, as it is a condition where the walls of the vagina become lax.

The surrounding uterus, rectum, bladder, urethra and small bowel will begin to fall out of their normal positions because the vaginal wall can no longer support them.

Many women also believe that they cannot have a vaginal birth after a caesarean section.

This is not strictly true; however, each woman should speak to their doctor to see if they meet the criteria to undergo vaginal delivery after a previous caesarean section.

Another myth is that they can have multiple caesarean sections.

In general, the risks of the surgery increase after undergoing three to four caesarean sections.

It can increase the likelihood of complications that may lead to haemorrhage (excessive bleeding), which may require blood transfusion, and a hysterectomy.

Some women believe that they cannot breastfeed after their caesarean section.

While it may be a little more challenging at first, you can absolutely breastfeed after your caesarean birth!

The medications given are usually safe for breastfeeding, and a lactation consultant or nurse will be able to teach you the positions that are comfortable.

Some also believe that women do not have vaginal bleeding after their caesarean section.

This is not true, as the primary reason women bleed after birth is because their uterus is healing.

The placenta separates from the uterus, and because the uterus is “shrinking” back to its pre-pregnancy size, you will notice vaginal bleeding.

This happens in both vaginal and caesarean delivery.

Some women also think that they will miss out on the skin-to-skin contact (putting your naked baby directly on your bare chest) after a caesarean section.

You can certainly do this – just let the team looking after you know so that they can help you.

This contact provides many emotional and physical benefits to you and your baby, and is definitely encouraged!

Don’t be afraid to ask

There is a huge debate about whether women who undergo caesarean section suffer more psychological effects than those who don’t.

The UK NICE has concluded that there is no greater risk of postpartum depression or other psychological problems as a result of undergoing a caesarean section, and suggests that women be advised of this.

For many women, the method of delivery is less important than the treatment they receive from the people they meet along the way.

Medical experts generally want women to have a vaginal birth whenever possible.

That’s why the elective caesarean section should be approached with caution.

It is an invasive procedure that comes with risks.

However, women must be given all the information they need about the risks of the different types of delivery methods in order to make informed decisions.

They must be encouraged to ask all the questions they want for this important event of their lives.

Dr Norana Abdul Rahman is an adjunct research fellow at Perdana University and Randeep Singh Sidhu is the university’s marketing communication and business development manager. This article is courtesy of Perdana University. For more information, email starhealth@thestar.com.my. The information provided is for educational and communication purposes only, and it should not be construed as personal medical advice. Information published in this article is not intended to replace, supplant or augment a consultation with a health professional regarding the reader’s own medical care. The Star disclaims all responsibility for any losses, damage to property or personal injury suffered directly or indirectly from reliance on such information.

When Alzheimer’s disease steals your memories away

Keeping yourself in the green of health